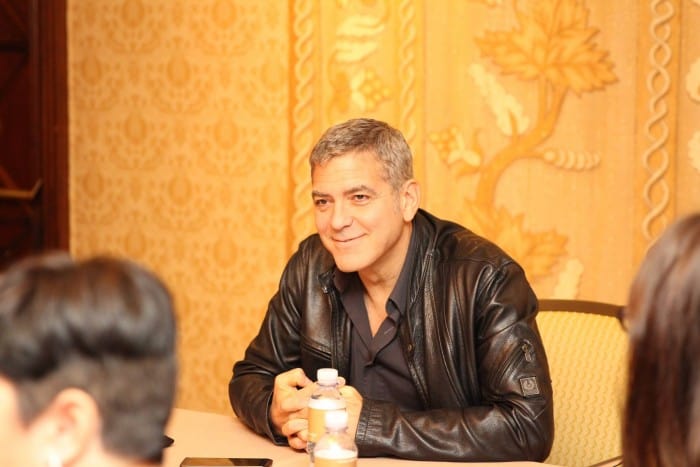 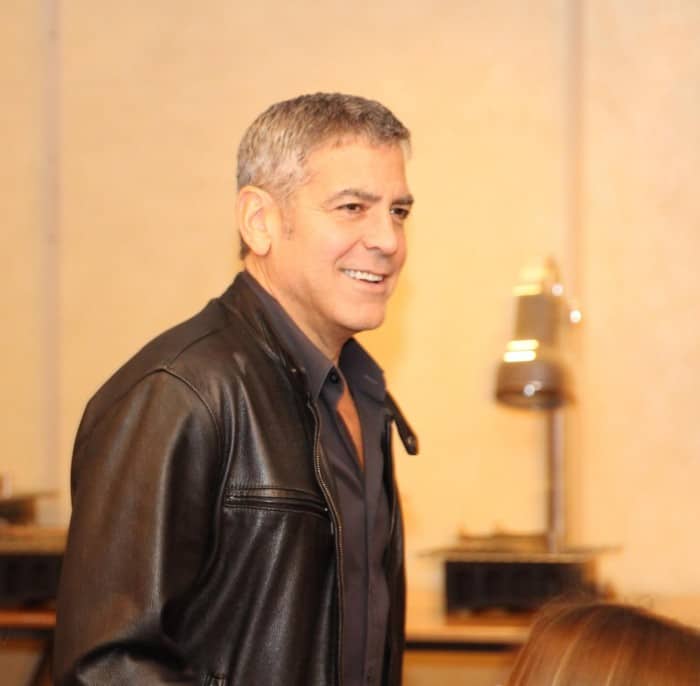 **Disney sent me to LA for the #TomorrowLandEvent for an all expenses paid trip to cover press with 24 other bloggers.  All opinions are mine.**

George Clooney.  First, a small disclaimer ‘this girl doesn’t get giddy when it comes to celebrities’.  Am I in awe to be in the same room with them? YES, most definitely!   Do I fault those that do? No, of course not,  we all react differently.  I make it sound like I have been around a lot of celebrities, but more in the past almost 3 years than in my whole lifetime.  I will say though that when George Clooney walked into the room, I lost a moment in time.  We spent many Thursday nights together in the ER, but he was acting.  This was George. Clooney., the real person.

He greeted us all as he walked in the door. Smiling as well as touching a few on the shoulder.  He was so personable.  It was like sitting down to dinner with the family, only there was no food. 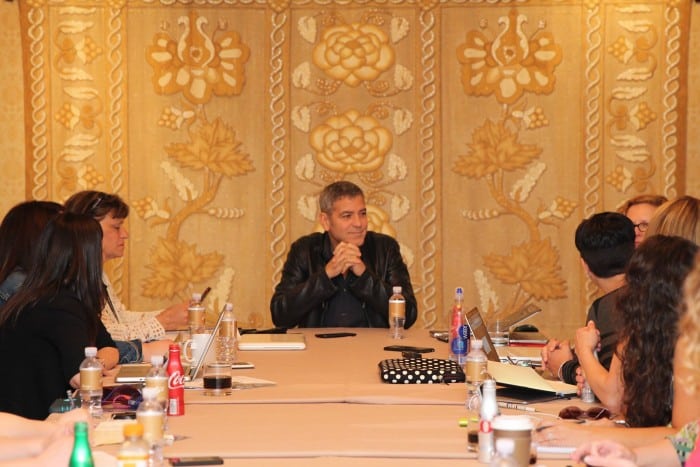 His first question to us was, “So you are Mommy Bloggers? Really!”  Then he asked us how long we had been a group?  To which we all said in unison, two days. Which was a bit surprising to him. Then our actual interview began.

One of the messages in Tomorrowland was “can we fix it?” This brought on a question whether this is one of the ideas that drew him to the film as a person, an actor.  Especially with all of his humanitarian work it is obvious that he has a belief in this.

George responded that ‘it is’.  With all of the sadness in the world, whenever you turn on the TV, we need to be able to have more optimism in our life.  We do not have to be ‘stuck’ in accepting the way our world is progressing.  We can make it a mission to do our part in making a change.

Since he was born in the early 60s he remembers the different movements.  The Vietnam War, Women’s rights as well as the Civil Rights Movement.  People trying to make a change.  Working toward a common goal of making a change, instead of sitting still and doing nothing.

George also mentioned the progression of technology. Growing up in the 60s you were surrounded by futuristic ideas as far as someday flying around instead of driving a car.  I agree with him as I thought by now we would be living like the Jetsons.  So in saying that he wanted the jetpack to work like it would in the Jetson’s show.  No such luck.

One of the questions was:

In your words, what would be the message of this movie to inspire teenagers?

To which George answered:

Well, here’s the funniest thing about this.  It’s a summer movie, right, and what you don’t want it to be is, you know, eat your spinach kind of, kind of thing. Or eat your broccoli.

I mean, I’ve been in those kind of movies before and you don’t want that, because it is a summer movie.  The truth of the matter is,  the future is yours and the future is yours to decide what it will be.  As you look at the world, and you see how sort of tragic it can feel, and it always has been that way.

It wasn’t particularly great in 1968 either.  There were assassinations and there were wars and there was civil unrest and riots.  We weren’t as inundated with it, and so there was always still a hopefulness that the future was still gonna be alright.  I feel as if we have to get to that point where, we all understand that,  the individual is not helpless.  I think that’s a really important part of this.

An advantage since I’ve become successful, I understand that I have a voice that I can amplify things.  I can make Darfur louder or we can, there’s things that you can do, that you can try to affect change.  I was like that when I was 10, I was told, that your voice has to matter and has to participate, even if two people hear you, because those two people may change.

He went on to say that he credits his parents and their parents for their views. That being we aren’t just stuck here.  We need to find a way back to the news being put in perspective. Part of the responsibility of news, in general, is not just to report on it but put it in perspective.

Our Generation Giddy Up! Game by Ravensburger for Under the Tree

With the discussion being so laid back and real, I found I loved George Clooney even more than I did before the interview.  He has a sense of humor but also has that in depth side of him that shows you he is more than a handsome actor in Hollywood.  He is a thinker and a doer.  I walked away from that interview feeling excited with a lot of thoughts running through my head.

We then were able to get a picture with him and again his humor came shining through. I am thankful to have had the opportunity to be a part of this interview.

You can see Tomorrowland in theaters on May 22, it is rated PG.  Will you be taking your family? For now enjoy the trailer below. You can also connect with Tomorrowland on social media.