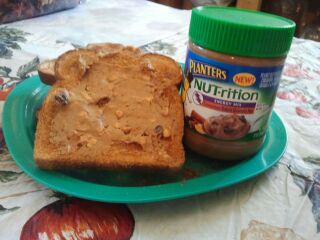 When it arrived I couldn’t believe how quickly it got here. I also was surprised at my ‘sample’ size, it was a great size container that would enable my family to try it to! A few days went by and I finally decided I better try it in order to review it.

Lake Living: 5 Reasons Why Living on Lake Murray Is the Easy Life You’ve Been Looking For

I made some wheat toast and was liberal at spreading it on.  I was so surprised at how awesome it tastes! It had a crunchiness from the granola, sweetness from the raisins, and a hint of cinnamon! Which makes a lot of sense since it is named Cinnamon Raisin Granola!

I am not sure when this will be available in stores, but hopefully once it is I can do another post or edit this one to let you know! I am really appreciative that Planters reached out to me and allowed me to try their new Peanut Butter!