THE LEGEND OF CHUPACABRAS Review on DVD Tuesday 3/7

Disclosure: I received this movie in order to facilitate my review, all opinions are my own.

It Has Power Rangers

As a 7-year-old boy, my son loves all things Power Rangers. The fact that the Power Rangers exist in Power Rangers Dino Super Charge: Extinction is one of the top reasons he loves this show.

The battle scenes are another reason my son loves Power Rangers Dino Super Charge: Extinction. He gets so excited to watch the Power Rangers battle the bad guys, and he loves it when they win at the end of each episode. 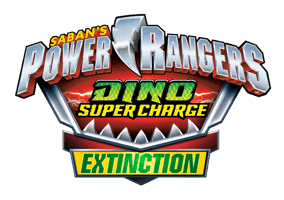 Power Rangers Dino Super Charge: Extinction arrives on DVD March 7 from Lionsgate. This DVD contains the last 10 episodes from the latest Power Rangers season on Nickelodeon. Episodes 6-11 will also be available on Digital HD and On Demand March 7, while the last five episodes will be available on Digital HD and On Demand April 4. In this series, the teen superheroes must work together to protect the Energems and save the universe from monsters, zombies, and the evil Sledge. Stand as one and celebrate one of the top-rated and longest-running kids’ live-action series in TV history when the Power Rangers Dino Super Charge: Extinction DVD becomes available for the suggested retail price of $14.98.
with incredible powers. The team faces some of its fiercest foes and greatest challenges — including monsters, zombies, and an evil love spell — a
OFFICIAL SYNOPSIS

The action is supercharged and the adventures are out of this world as the Power Rangers call upon their teamwork and abilities to protect the Energems, mysterious colored gems s the Power Rangers stand as one and fight to keep the world safe from the evil Sledge!

THE LEGEND OF CHUPACABRAS Review on DVD Tuesday 3/7