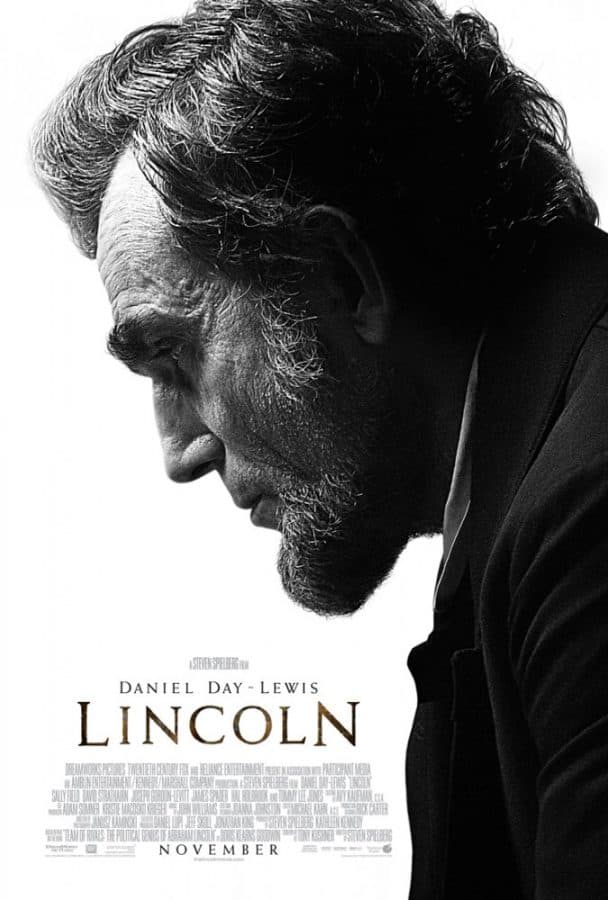 Ever My Merlin Cover Reveal

There is just something about a picture of Lincoln that warms my heart.  I think this will be such an awesome movie! Keep up to date on LINCOLN by following them on Facebook, Twitter and my site!

If you would like to print off this poster you can do so at this link: LINCOLN POSTER.

Starring Daniel Day-Lewis, Sally Field, David Strathairn, Joseph Gordon-Levitt, James Spader, Hal Holbrook and Tommy Lee Jones, “Lincoln” is produced by Steven Spielberg and Kathleen Kennedy, with a screenplay by Tony Kushner, based in part on the book “Team of Rivals: The Political Genius of Abraham Lincoln” by Doris Kearns Goodwin. The DreamWorks Pictures/Twentieth Century Fox film, in association with Participant Media, releases in U.S. theaters exclusive on November 9, 2012, with expansion on November 16, 2012.

Ever My Merlin Cover Reveal