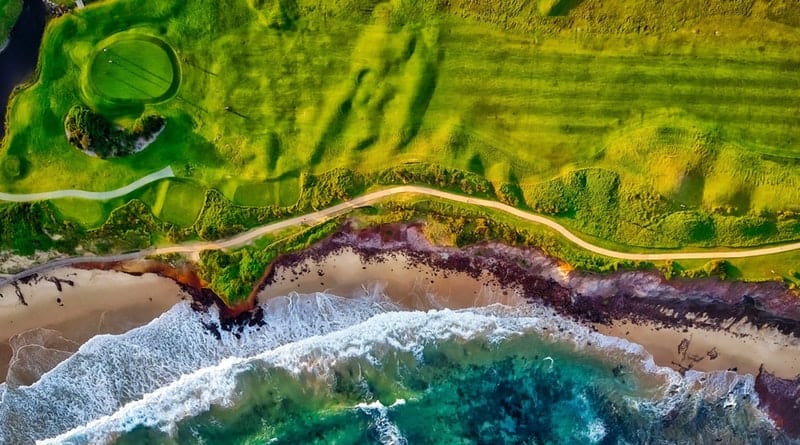 The world is filled with many spectacular golf courses, which have welcomed some of the finest talents in the sport, from Arnold Palmer to Tiger Woods.

The intricate courses each come with their own set of challenges for golfers to overcome. Yet, their world-respected designers have managed to blend them into breath-taking natural surroundings, which make them an honor to play on.

To find out where in the world to find them, here are the four best golf courses on the planet.

Every passionate golfer dreams of stepping onto Royal County Down, which is located on the Murlough Nature Reserve and offers a breathtaking backdrop of Dundrum Bay’s mountains and shorelines.

The zig-zag golf course is not only challenging, but it allows players to breathe in a different view at every hole.

While the unique design is thanks to Old Tom Morris, it has been improved over a 120-year period by half a dozen talented architects, including Donald Ross.

The course does, however, feature a rather flat terrain, which is made up for with its world-famous bearded bunkers, which will test even the most talented of golfers.

According to Herbert Warren Wind, Royal Dornoch is the most natural golf course in the world.

Donald Ross also called the much-loved course his home, as he was born in the village and mastered the sport on the links.

The greens were designed by the likes of Old Tom Morris, John Sutherland, and George Duncan, but the biggest challenge will be accurately hitting a golf ball in the intense Dornoch wind.

How to Earn Money from the Internet while Under Lockdown?

St Andrews Old Course is the oldest and most iconic golf course on the planet, which is why it’s at the top of most players’ bucket list.

Many people dream of pulling out precision engineered milled wedges or drivers and making their way to Swilcan Bridge or Hell Bunker, which are highly regarded by golf fans across the world.

The Old Course has also inspired multiple architects, who have either sought inspiration from St Andrews or have attempted to develop a contrast to it.

Its biggest and best feature is, of course, that it continues to be a public golf course, despite its global status.

Mangawhai is one of the most unique golf courses in the world, as it is built on what was once a pine-covered Sahara.

Built by Tom Doak, a US designer, the sandy soil was sculptured into hummocks, sand dunes, and punch bowls, and many people would be forgiven for believing that they were formed by the wind and experienced natural vegetation.

Many golfers can also enjoy holes that have been inspired by Royal Dornoch, Cypress Point, and Royal St George’s. However, when they’re not focusing on their swing, they can experience the beautiful views of Hauraki Gulf.

What To Do Before Relocating For A Relationship