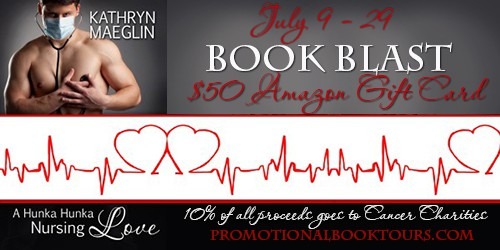 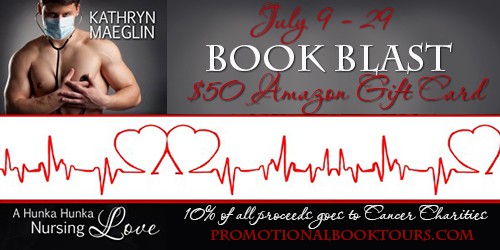 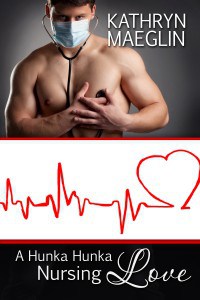 Imagine a visiting-nurse service with hot young guys as caregivers. What golden girl wouldn’t dig that?

Valerie Palka is a savvy businesswoman who is obsessed with keeping her elderly mom, Helen, safe from all the lethal disasters that can befall widows living alone. Helen thinks the workaholic Valerie should focus on having as much luck in the bedroom as she does in the boardroom. But when Helen takes a spill and is rushed to the ER, a handsome male nurse, Keith Nuber, strikes her fancy, and she tells her daughter, “If you could get a handsome devil like that to take care of me, I’d be willing to consider it.” So Valerie creates a care agency, Home Health Hunks, staffed by attractive younger men.

Valerie’s idea is filled with potential … and potholes. As she navigates the tricky road to satisfying her mom as well as her own ambition, she falls in love with one of her employees–Keith–and learns about the true meaning of success. 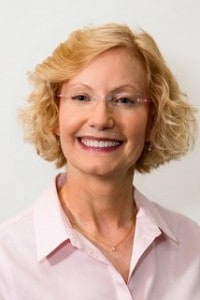 When Kathryn was a little girl, she wanted to be a nurse. However, she quickly discovered that was not a wise choice since she couldn’t stand the sight of blood. Next, she wanted to be an actress. Unfortunately, her only talent on stage was that she could be heard in the back row.

Finally, she decided to become a journalist. Her original goal was to be Jane Pauley’s replacement on the “Today” show. Alas, she didn’t have Jane’s looks, poise, confidence, skill or wisdom. In fact, the only thing they had in common was that they were both corn-fed blondes from the Midwest. In Kathryn’s case, much more corn had been consumed.

So she ended up being a print journalist for 24 years. She worked for daily newspapers in Rock Island, Ill., and Madison, Wis.; for a Chicago-based trade journal that covered the radio and TV industry; and as a special projects editor for the Indianapolis Business Journal. She started a couple of special sections for women, one of which won two state awards, while the other won a national award.

She now writes fiction for women. She’s happily married and has two overfed, underemployed cats. She loves to hear from readers, so you can e-mail her at [email protected] You can also read her humorous current-event poems on Facebook and Twitter or visit her website at www.kathrynmaeglin.com