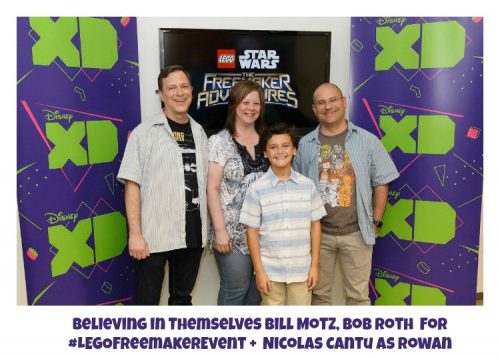 We have all had times we weren’t sure whether an idea was a good one or not.  This happened to Bill Motz and Bob Roth when it came to deciding to go ahead with the making of the “LEGO STAR WARS: FREEMAKER ADVENTURES” . 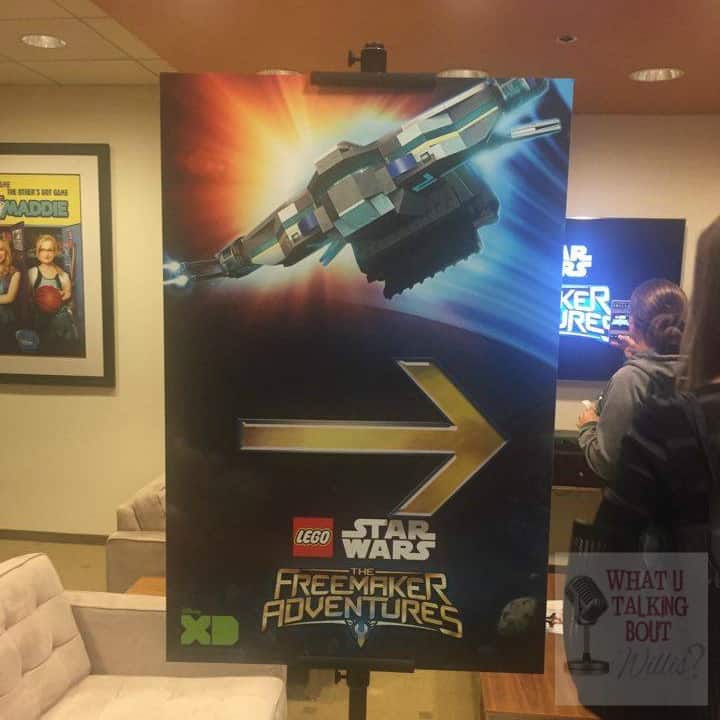 Believing in Themselves Bill Motz and Bob Roth tell all about their experience! 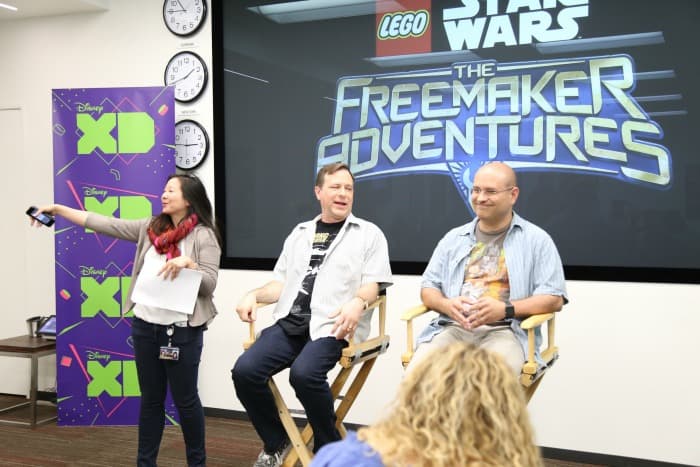 Bob Roth remembers when he was 7 years old that his brother told him they were going to the movies, which Bob wasn’t really interested in.  Then his brother said, it’s going to be better than Star Trek and Bob thought it had to be worth seeing because at the time, what was better than Star Trek.  He went into that theatre at 7 years old not knowing what he wanted to do with his life and walked out knowing exactly what he wanted to do. He wanted to give kids the viewing he had right at that moment. It was truly a magical time (the movie) in his life. That time with his brother (who is no longer with them) gave him a memory to value for a lifetime.  He also knows that his mother worked overtime to allow him to build his Star Wars collection.  Even back then he was in a family that loved Star Wars.  With Star Wars there is family enjoyed by families. So Star Wars is very much about family and so is Lego. 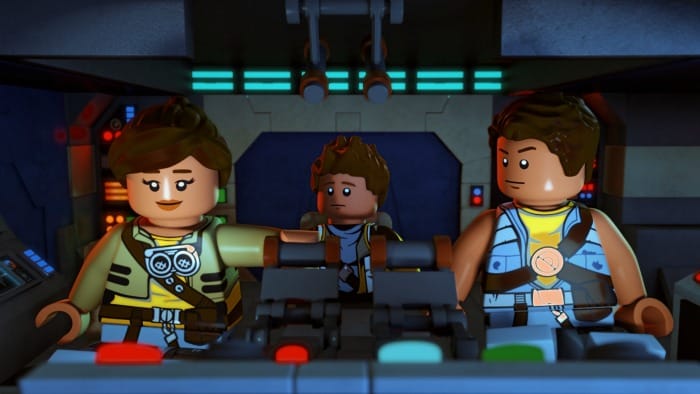 Bill Motz mentioned how he and Bob get together to work out of Bob’s guest house that is filled with Star Wars memorabilia and one thing that resonates with him is an art print that’s sort of framed behind the TV where they go over our episodes all the time that just says, it’s a picture of a young Luke Skywalker and it says “Destiny”.  Because for them, it is one of those things that they wake up each morning and want to pinch themselves to make sure it is true.

Some of their challenges were:

Bill Motz, “Don’t be operating from this place of fear like because you will always regret it.”, and he is so glad they didn’t turn it down because they would have missed out on all of this.  They are writers so they do not do any acting.  They like an actor to breathe life into the character and that helps them know if it is a good line/dialogue or not.  They have been to Denmark twice where LEGO is located, otherwise, they do Skype calls to show their ideas or where they are at in the process. 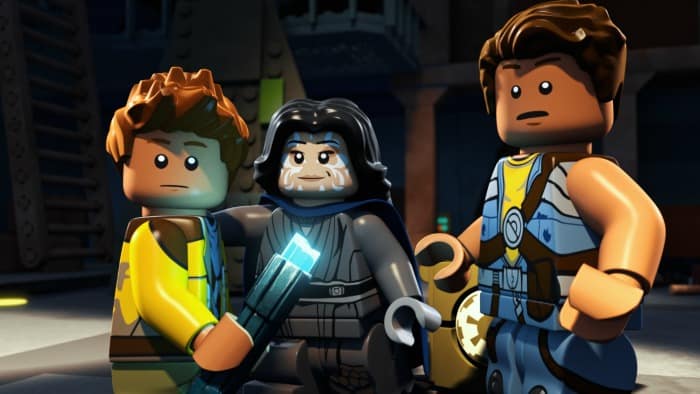 The characters are growing and will not stay stagnate.  Life is ever changing and so with these characters, they too will not stay the same.  Also, situations in life don’t always appear as they seem.

Bob and Bill both have children that have given input or have helped them shape how their characters are.  Bob’s are 12 and 14 years old, while Bill’s are 18, 21 and 24 years of old. (this wasn’t hard for me to remember as mine are 19, 22, and 25).  Even now Bill’s 24 year old will sit down with Bill and work on the newest Star Wars LEGO gift from his Dad.  Bob’s kids are not as ‘involved in input’.  His kid’s names are Rowan and Zander (Zanny). Both of his kids share the super enthusiasm for life and the inability to just sit still for a darn moment. But the character of Rowan (in the show) is somewhat from his child Danny.  The great thing about this is because Danny has ADHD, the child that struggles is the hero of the show.

The reason why this show starts with a family is because LEGO and Star Wars is about family and they didn’t want to take the time to put a family together with all of the other things they wanted to do with these episodes. The one thing that is true in life is that we struggle with a lot of serious and heavy things.  So the great thing is that every episode, even the ‘dark’ episodes are fun.  They are fun and funny with joy in all of them.  This has been so important to Bill and Bob.

“LEGO STAR WARS: FREEMAKER ADVENTURES” only targeted audience is families.  This show is about family for family.

Bill and Bob have been friends for 25 years.  Their friendship has dated back to college and luckily it has continued ever since then. They joked that they are their second marriage (to each other).  Their families have seen the rough drafts, so to speak, and are beyond thrilled and proud of their Dads. 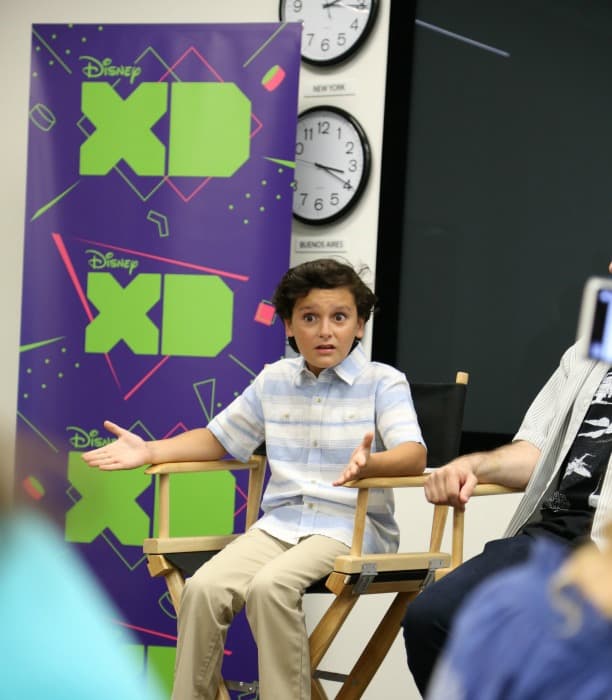 Twelve-year-old Nicolas Cantu stars as Rowan Freemaker, the Force-sensitive youngest sibling who is naturally drawn to Kyber saber crystals, in this fun-filled animated series. When Nicolas was asked what he thought about being the main character he said, “This is a big thing for me! Like as a child, oh I’ve watched you do stuff for Disney. Oh I love to do those sort of things. But Star wars? It’s a dream come true. Lego? That’s like every kid’s dream ever. You know being lucky enough to have this opportunity is really amazing. You know? It’s just, it’s the whole package, though, a Disney show, Lego, Star Wars. Having a toy of me? I might as well retire!”.

Bill and Bob have been impressed with Nicolas since his audition.  He showed confidence and excitement not only during his interview tape but ever since he was cast for the part. His personality bubbles right out of him, and he owns the room.

Without spoiling there will be some intense emotional times during the series and when Nicolas (Rowen) did them he practically had the cast in tears.

Nicolas feels that kids will totally enjoy the series.  If they have watched any other Lego shows they know the comedy is very strong. He just loves all the Lego jokes that are all within the series. They’re all very funny. Then you are also going to get that classic Star Wars storytelling that you’ve come to know and love especially the battle between good and evil. They will also are going to love having very serious moments and awesome ones. Especially as he said before the different jokes. It has the mix between adventure, and it’s got action and comedy. So he just knows that is what the audience will enjoy the most.  Not to mention the content and the characters too.

I enjoyed the entire time we spent with Bob, Bill and Nicolas.  The excitement that shined through was awesome, but what touched me the most was Nicolas’s enthusiam.  All I wanted to do was smile as soon as he first spoke.  All I could think of was, boy, his Mom must be so proud.

I was very appreciative that Bill Motz and Bob Roth, as well as Nicolas Cantu took time out of their busy schedules to spend some time with us. 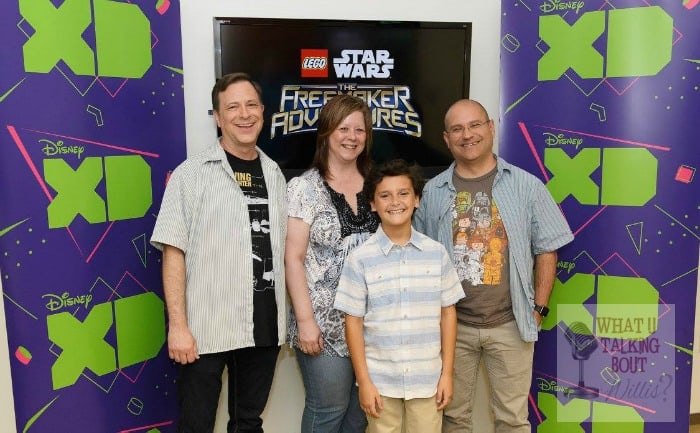 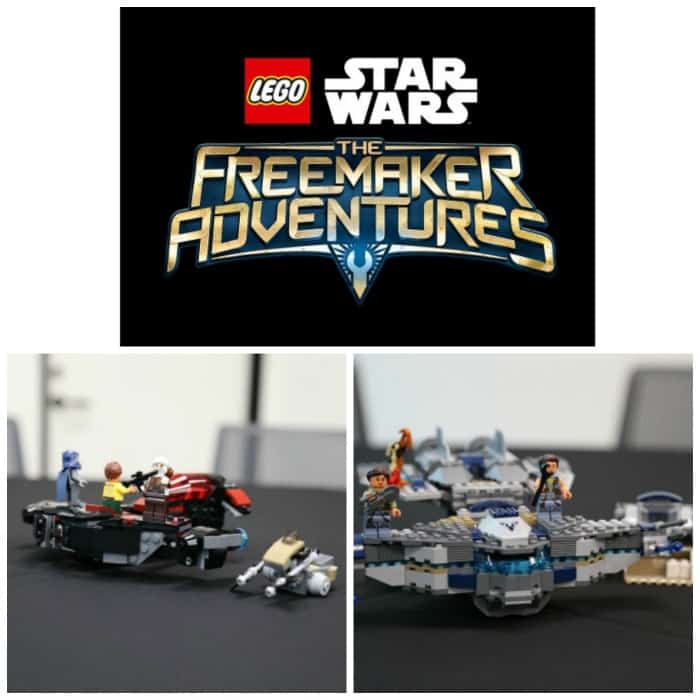 When will this air?

Set between the events of “The Empire Strikes Back” and “Return of the Jedi,” the action comedy series follows the Freemakers, a family of sibling scavengers who operate a salvage and repair shop in space. The series will also feature familiar characters and locations from the filmed Star Wars saga.

During the series’ premiere week:

To Hold You Over Until the 20th of June:

The series stars three Freemaker siblings who scour the galaxy for useful debris that they use to build new vehicles of their own design. Rowan, the spunky Force-sensitive 12-year-old with a thirst for adventure, is voiced by newcomer Nicolas Cantu. His quick-witted older sister, Kordi, voiced by Vanessa Lengies (“Glee”), manages the family business and is the glue that holds the family together. Ace pilot and charming rogue Zander, voiced by Eugene Byrd (“Arrow”), is the oldest brother and the family’s self-proclaimed starship connoisseur. Lucasfilm’s Matthew Wood voices R0-GR, also known as Roger, a refurbished battle droid from the Clone Wars adopted by the Freemaker family.

The humorous and action-packed tale of good versus evil begins when Rowan discovers the Kyber Saber, an ancient artifact with a powerful connection to the Force. Their world is turned upside down as they are thrown into an epic struggle against the Empire to restore peace and freedom to the galaxy. Throughout their adventures, the Freemakers learn the true value of what it means to be a family. 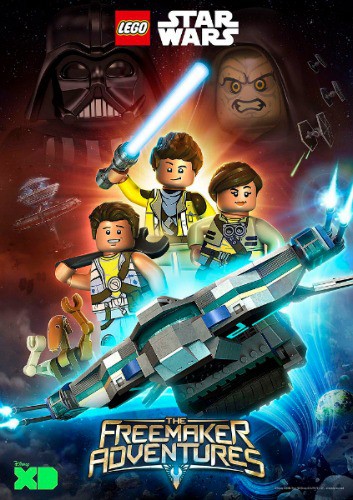 **Disney sent me to Los Angeles  for the #LEGOFreemakerEvent #FindingDoryEvent and #BizaardvarkEvent  for an all expenses paid trip to cover press with 24 other bloggers.  All opinions are mine.**