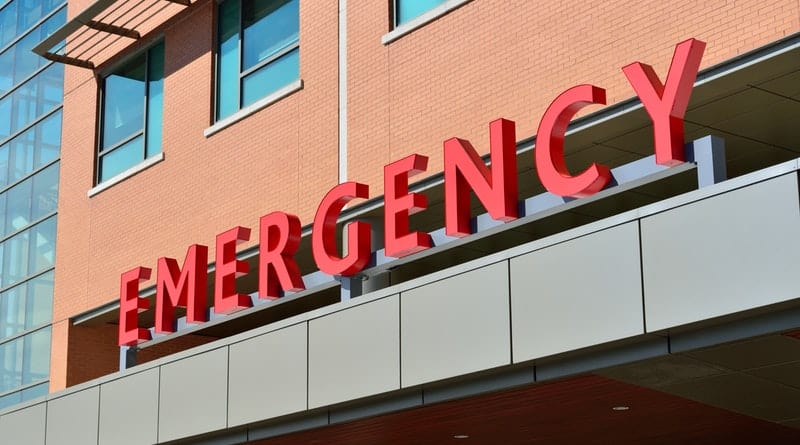 3 Ways That Buying a House can Make You Happier

If you’ve suffered, physically, mentally, or financially, as a result of medical negligence, then it’s only right that you receive the compensation you need and deserve. Medical negligence claims in the UK can be made for a variety of reasons and can cover a wide array of expenses, so if you think that you might be entitled to claim it’s essential that you speak to specialist medical negligence lawyers as soon as possible. They’ll be able to assess your claim, and then help you smoothly progress through the claims process, doing all they can to help you achieve the best possible outcome. After all, the successful efforts of the best medical negligence solicitors lay behind these history making claims:

The Tragic Case of the Wrong Ambulance

The largest ever individual pay out relating to medical negligence ever made was not against a hospital or a specific physician but against the city of New York. In February 1999, 12-year-old Tiffany Applewhite of the city went into anaphylactic shock after a nurse gave her an injection at home for an eye condition. Realising that time was of the essence, Tiffany’s mother dialed 911 but instead of a fully equipped ambulance, an ambulance from the New York Fire Department was sent.

The fire department paramedics arrived without a defibrillator or oxygen, and upon arrival called for another ambulance rather than taking her immediately to a nearby hospital. Tragically, this delay cost Tiffany her life, which led to a New York jury awarding her mother $172 million in damages.

A Life-Changing Mix Up In The Operating Theatre

The largest award in the United Kingdom to date for a medical negligence claim was the £23.5 million awarded to Maisha Najeeb of London in 2014. Maisha was just ten years old when she was admitted to the city’s famous Great Ormond Street Hospital. Maisha had a rare condition that causes tangled blood cells with subsequent bleeding, but the High Court heard that she was in good health when she entered the hospital for treatment. As part of her treatment, Maisha should have had a harmless dye injected into her brain, allowing specialist surgeons to assess the flow of blood around her brain. Instead, a terrible mix up resulted in glue being injected into Maisha’s brain. Maisha is now permanently brain damaged, blind in one eye and confined to a wheelchair, resulting in the biggest medical negligence claim in UK legal history.

The moment of birth should be the start of a life full of potential, but on occasion, it can still be dangerous for mother and baby, so it’s essential that the right medical support is available and given if problems arise. Expert medical negligence solicitors often deal with claims relating to professional negligence at childbirth, and the effects of this negligence can be devastating, as in the case of Joseph O’Reggio of Wolverhampton in the West Midlands. Midwives at New Cross Hospital failed to spot that Joseph was being starved of oxygen during his delivery, and this left him with brain damage resulting in cerebral palsy. He will never be able to walk or feed himself, and these factors were taken into account by the judge who awarded him a trust fund worth £6 million to provide for Joseph’s lifelong care.

Medical negligence lawyers in the UK and overseas usually deal with cases relating to one particular person, but it is a group claim against Johns Hopkins Hospital in Baltimore in the United States that saw the largest ever award made as a result of medical negligence or medical malpractice. More than 9,000 individuals were named as plaintiffs in the 2014 case against the hospital, relating to their employment of the by then deceased gynecologist Dr. Nikita Levy, and specifically to their failure to supervise him adequately. This failure of duty by the hospital allowed Levy to surreptitiously photograph huge numbers of his patients, resulting in a settlement of around $190 million to be shared between the group of claimants.

Improving your Retirement with a Reverse Mortgage

These four historic, and tragic, cases demonstrate many of the things that can constitute medical negligence: inadequate or slow medical response; a mix up of drugs or the wrong medication being prescribed; negligence during or after childbirth; a failure to provide necessary supervision or safeguards. These are just some of the factors that can lead to a successful claim, but, medical negligence claims can often be a lot more complicated than this – that’s why contacting professionals (one example if you’re struggling to find someone reliable are The Medical Negligence Experts who work on a no win no fee basis) is important, in order to receive the proper advice as to whether or not your situation qualifies for a claim.

Losses and injuries suffered as a result of medical negligence or malpractice may be temporary or permanent, and can differ greatly in severity, but in all such cases, it’s only fair that the victim should be allowed to seek justice and compensation. This compensation won’t turn back the clock or repair injuries, but it can help to make the future more manageable by relieving financial concerns and allowing modifications to be made to home and transport.

3 Ways That Buying a House can Make You Happier