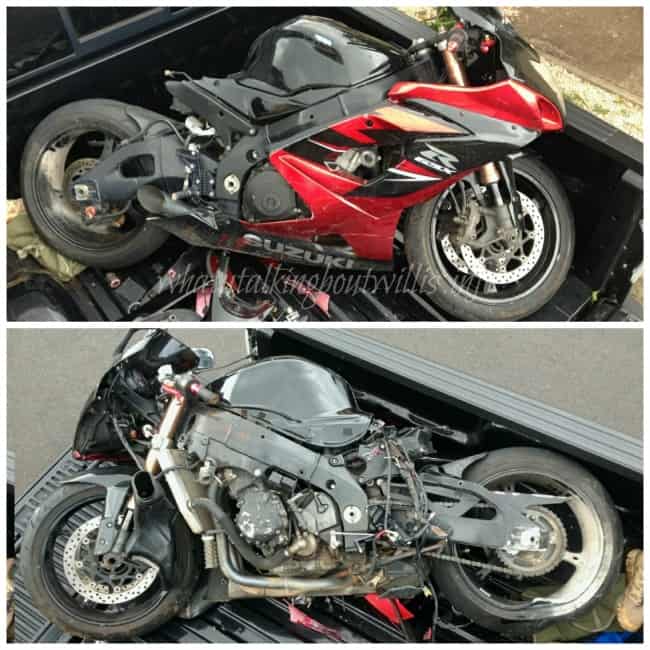 You Can’t Go Back, Only Forward

You can’t go back, only forward. These are words that have been in my mind a lot this week.  Often situations arise during your life that you wish you could go back and have a do-over. Although I know that isn’t possible, a Mom can wish right?

As a parent of three young adults there are days I wish they were still younger. We had our tough times: sicknesses, school “I dont want to’s”, and disagreements. Sometimes decisions made they didn’t agree with, or that they made, and had to suffer the outcome of their actions. I felt I had more ‘control’. I was able to be there for them when they were sick or hurt. I had the ability to help them when needed or be there to comfort them.

This week has been a challenge for me. I have struggled with not being able to be in Hawaii with  my oldest son. We woke up Easter Sunday to a phone call from his wife (who lives here in NY) that he had been in a serious motorcycle accident. Your mind rushes from, “maybe it isn’t as bad as it sounds” to the other end of the spectrum, “what if he was no longer with us”.  As a mother, I wanted to rush to be by his side. Since this wasn’t possible, my heart has ached a lot this past week.

A mother’s love and nuturing doesn’t end when they hit 18. It doesn’t end when they go into the Marine Corp, or go to college away from home. The helpless feeling you feel knowing your last child will be going off to college in the fall, and you no longer have them coming home after school each day. I know they have to grow-up and find their way, but that doesn’t make it any easier.

I have cried a lot this past week. I have struggled with being able to write this as I am not a “public”  person when it comes to struggles or privacy of what our family might be going through. I want him to just come home, to be here with family where he can have the mental and physical support. His wife can’t stay out there for the duration as their 3  year old is back here waiting for their return. To make him stay there without that support I feel could hinder his recovery. Having a fellow Marine “take care of him” isn’t the same as family. I know some would say, he signed up and he has to fulfill his contract, but he was just about to get his 32 days terminal leave this weekend. That tells me that they no longer needed him; and now with his injuries he isn’t much use to them anymore.

His injuries include a separated left shoulder, 2 broken ribs, 7 broken vertebraes from T1-T7 which are just below the neck. (his back isn’t ‘broken’ but the vertebraes themselves are.) He has severe road rash on his elbows, forearm, knee, and also a good size one on  the left side below his rib area. A good size gash on his shin, a fracture in his upper cheek bone which caused a black eye, and a broken toe. He also had a collapsed lung on his left side which caused a hemo and nemothorax so he has had to be on oxygen on and off.

It is painful for him to walk and he is still on pain medicine.  I am thankful that his friends that were at the scene cared enought to contact his wife. We were not contacted by the military until that Monday afternoon. Due to the fact that he wasn’t considered life threatening; bedside  family wasn’t requested or needed I guess in their opinion.

I am asking for prayers that he is able to come home sooner than later to be with his family. We also feel blessed that this accident didn’t cause a worse outcome than it has. He was wearing his protective gear and was not speeding which made me feel better.

As writing this I have been notified by his wife that they discharged him from the military hospital and they are in a hotel. The military continues to amaze me. Less than a week after his accident with the injuries he sustained. Incredible.

I am not sure he is going to be happy I wrote this; so we are asking that unless you have been contacted, to please allow him time to rest. If you feel you really need to contact us; feel free to do so through facebook. If you have been contacted by his wife, please feel free to check in with her for updates. They are six hours behind us, so please keep that in mind also.

I just felt it was time to share, so if I don’t act myself at all times that is why.