Why Celebrating Your Dog’s Birthday Is Worthwhile

Disclosure:  I received a copy of this movie in order to facilitate my review.  All opinions are my own. 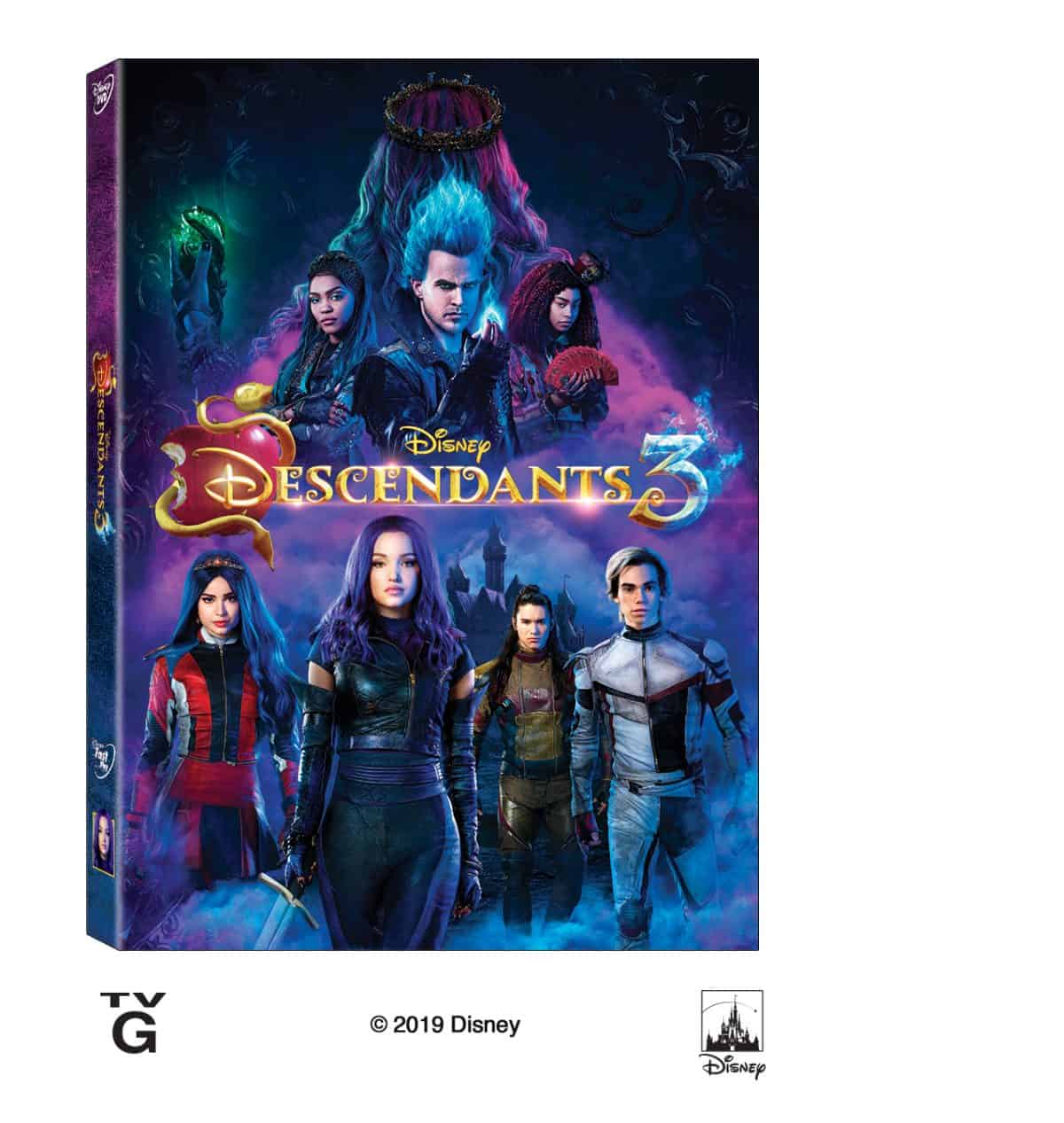 I will be totally honest I was a bit late to the game when Descendants first came out.  I hadn’t watched it until my granddaughter received Descendants 2 for Christmas and I couldn’t believe all that I had missed out on.  You would think being such a fan of Disney I wouldn’t have missed the first movie.

What I love most about the Descendants movies are how upbeat and fun they are.  The music is always fun and enjoyable to listen to and the stories are great.  The saga continues with the ‘good vs evil’ with the teenage daughters and sons of Disney’s most infamous villains.  If you haven’t seen the first 2 make sure you get all 3 and have a Descendants movie night.

My granddaughter who is 9 was so excited when the movie showed up and she has watched it so much I have almost memorized the lines.  Let me know what you think about the movie after you see it in the comments below.

You can purchase Descendants 3 on Amazon here.

Rejoin Mal, Evie, Carlos and Jay (also known as the villain kids or VKs) — return to the Isle of the Lost to recruit a new batch of villainous offspring to join them at Auradon Prep. The all-star cast returns in the exciting third installment of the Descendants Series! Out on Disney DVD August 6th!

My granddaughter cannot wait until this is out on DVD! She has enjoyed the first 2 installments, and I will admit I enjoyed them too!

The All-Star Cast Returns in the Exciting Third Installment of the Descendants Series!

Featuring Never-Before-Seen Bonus Material Including a Blooper Reel, Deleted Scenes
and Under The Sea: A Descendants Short Story!

Synopsis:  This highly anticipated Disney Channel Original Movie continues the contemporary saga of good versus evil as the teenage daughters and sons of Disney’s most infamous villains – – Mal, Evie, Carlos and Jay (also known as the villain kids or VKs) — return to the Isle of the Lost to recruit a new batch of villainous offspring to join them at Auradon Prep. When a barrier breach jeopardizes the safety of Auradon during their departure off the Isle, Mal resolves to permanently close the barrier, fearing that nemeses Uma and Hades will wreak vengeance on the kingdom. Despite her decision, an unfathomable dark force threatens the people of Auradon, and it’s up to Mal and the VKs to save everyone in their most epic battle yet.

Why Celebrating Your Dog’s Birthday Is Worthwhile