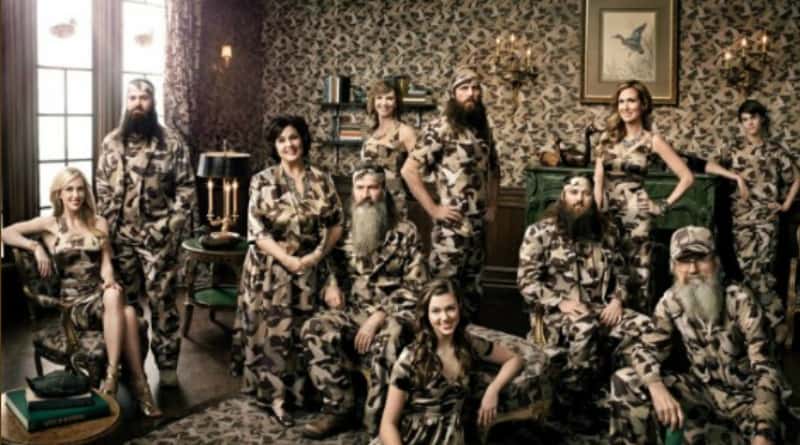 * I received a copy of The Complete Series Duck Dynasty to facilitate this review, however, as always opinions are 100% my own.

For 11 Seasons Duck Dynasty has been around and entertaining families around the nation.  I remember when it first started with Season 1 and I wasn’t sure I would love it, but Liz and Brady did so I continued to watch it. It wasn’t long and it became a family staple and Liz loved it just a much as Brady did, as well as myself. While it seems like eons ago when it first aired on March 21, 2012 we enjoyed each season more than the previous season. 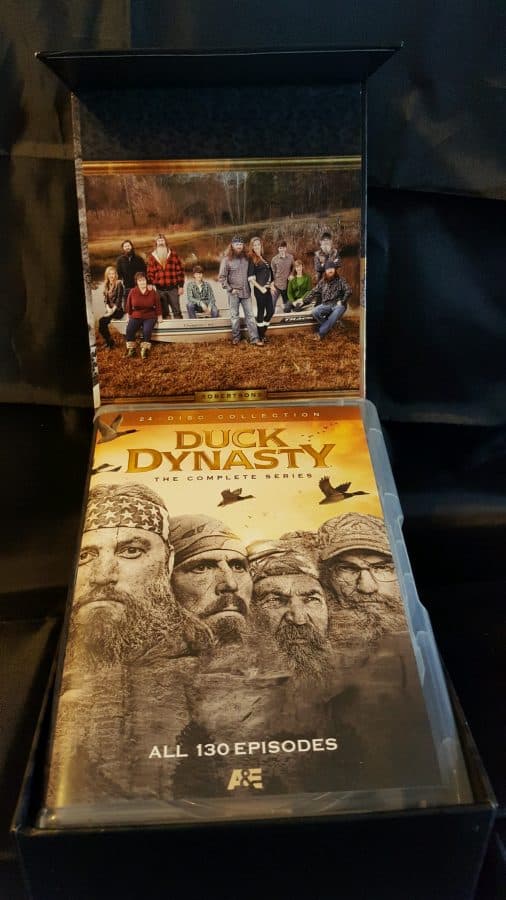 We’ve watched the Robertson kids grow up, family members being added and everything in between and had more than a few laughs with this hit sensation. Brady even had the chance to meet Phil Robertson a few years back and he said he couldn’t have been a more down to earth Christian man. While we have watched each season almost religiously I do have to admit that the ending of Season 11 on March 29, 2017 was a bittersweet moment for me.  While I loved the show, the characters and all of the antics, what I miss the most is that “family” time like it was for so many years was going to be over with.  I know they say that all good things must come to an end but I shed more than a few tears during that final episode.

While I know that they will still continue to do great things and the adventures will go on I am forever grateful for the time they were on air and allowed us to be part of their family. But just because they aren’t filming new shows doesn’t mean we can’t watch Seasons 1-11 on DVD and with them all being in one set it makes the perfect gift for Duck Dynasty fans around the United States.

Who is your favorite Robertson in Duck Dynasty? 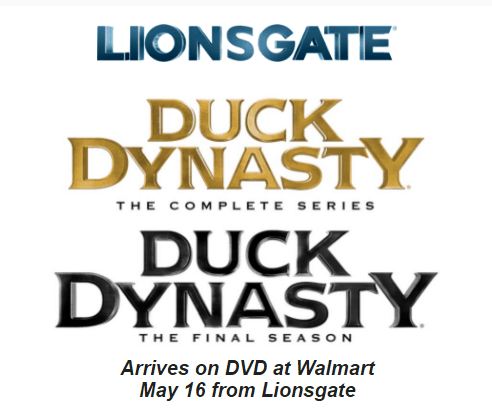 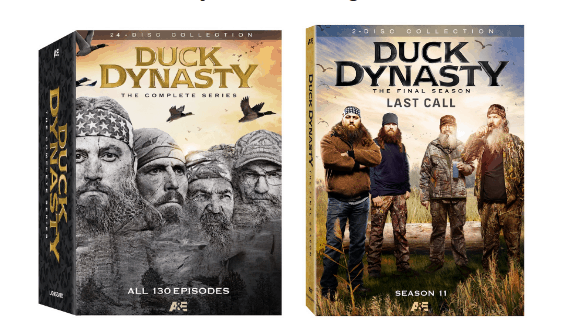 DUCK DYNASTY®: THE COMPLETE SERIES OFFICIAL SYNOPSIS
Grow a beard and grab the camo! Here’s the ultimate collectible for Duck Dynasty® fans! For 11 seasons, millions of TV viewers tuned in for the colorful adventures and homegrown humor of the Robertsons, the backwoods family that built an empire out of a small duck call business. Now you can enjoy all 130 episodes, including some of your favorite unforgettable moments — Willie and Si’s woodchipper competition, Sadie’s driving lessons, a redneck Christmas, and John Luke’s wedding — in one spec-quack-ular collection!

DUCK DYNASTY® SEASON 11: THE FINAL SEASON OFFICIAL SYNOPSIS
This final season of the hit series, Duck Dynasty®, follows the Robertson family as they conquer new family milestones while showcasing their down-home Southern charm. Tune in as the family spends a weekend at their childhood summer camp, Lil’ Will shops for his first car, Reed gets married, Rowdy’s adoption becomes official, and Gus turns 1!

One of the largest independent television businesses in the world, Lionsgate’s slate of premium quality series encompasses nearly 90 shows on more than 40 different networks. These include the ground-breaking Orange is the New Black, the fan favorite Nashville, the syndication success The Wendy Williams Show, the hit drama The Royals, the acclaimed Casual, the breakout success Greenleaf and hit STARZ series including Outlander, Black Sails, Survivor’s Remorse and Power, the second highest-rated premium pay television series of 2016.

Lionsgate’s home entertainment business is an industry leader in box office-to-DVD and box office-to-VOD revenue conversion rates. Lionsgate handles a prestigious and prolific library of more than 16,000 motion picture and television titles that is an important source of recurring revenue and serves as a foundation for the growth of the Company’s core businesses. The Lionsgate, Summit Entertainment and Starz brands are synonymous with original, daring, quality entertainment in markets around the world. www.lionsgate.com