I am probably crazy to admit this but I didn’t know exactly who Eugene Levy was when I found out we were going to be interviewing him.

Everyone kept saying, “you are so lucky”, “I can’t believe you get to interview him”. So I Googled him.  Then I knew exactly who he was.  He played the Dad in American Pie. That role is such a different role than the one he plays in Finding Dory.  His character is Charlie, (Dory’s Dad).  I am will be honest once again,  I liked him in this part much better. 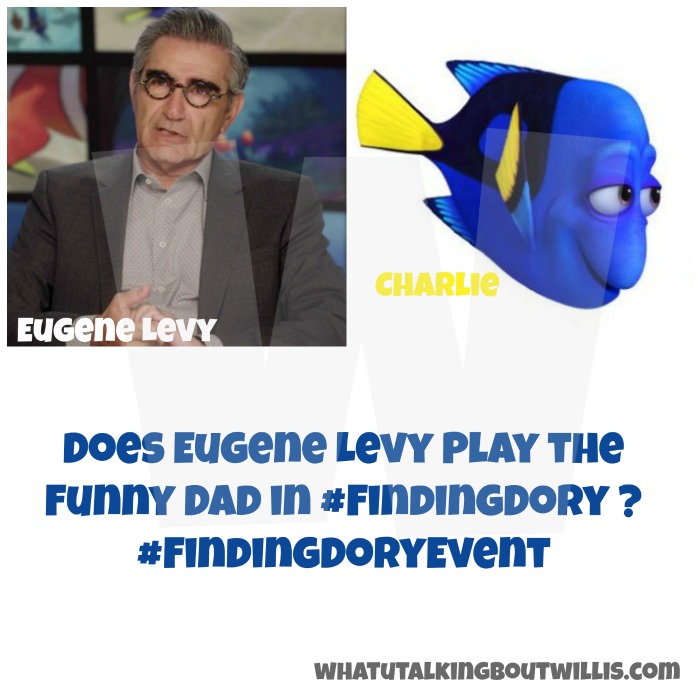 Charlie (voiced by Eugene Levy) as I said before, plays Dory’s Dad.  Her Mom is Jenny ( voiced by Diane Keaton).  Charlie is a great Dad.  He is encouraging to Dory and is very supportive of her with her short-term memory loss.  He never seemed aggravated or short tempered.  He was actually quite the opposite.  He would try to make light of Dory’s short-term memory loss and remind her if she couldn’t remember.

Eugene Levy’s part as Charlie was a Dad that made jokes that although kids might think were funny, an adult fish might not find it so.  So I would say he was a funny Dad. Kind of awkward and yet full of love. Eugene felt that way about his character as Charlie also.

Dory’s tendency to slip in and out of a state of distracted oblivion is presented not as a personality quirk but as an inborn cognitive challenge, one that her parents (lovingly voiced by Diane Keaton and Eugene Levy) attempt to compensate for by teaching baby Dory (an adorable Sloane Murray) various tricks for not losing her way. “Just keep swimming, just keep swimming,” her mother reminds her, in a made-up chant of encouragement Nemo viewers will remember as the adult Dory’s mantra in times of trouble. You will also notice if you watch the movie there is another thing that Dory’s parents do to help her find her way if she ever gets too far away from them. 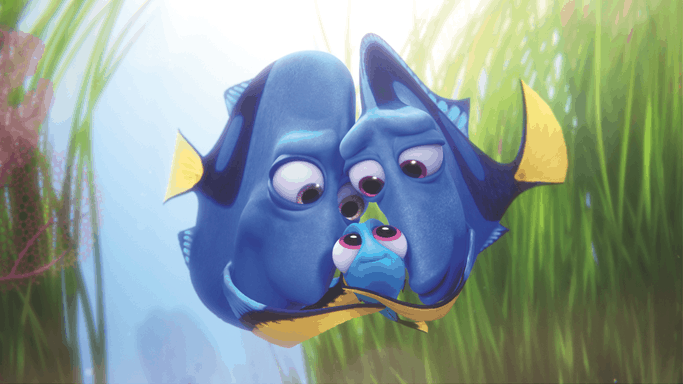 Eugene also told his how much he loved Baby Dory’s character.  He got so emotional and almost cried when he heard her little voice.  Her voice was so sweet he told us, and we all agreed.  He also told us that the voice of Baby Dory was the producer’s daughter.  His first time seeing the movie was at the premiere and he loved how all of the characters came together.

When Eugene was asked about the “learning disability” part of Dory’s character he did comment.  He that it takes an incredible amount of patience. (he wasn’t so much talking from experience so I do not want to insinuate that he did).

Hi, I am Betty Knight, Owner of this site! I am a 'nearing 30-year-old', happily married to 1 awesome man. We live in the beautiful tourist town of Franklin NY.
PR Newswire
Amazon Associates Disclosure
Please Note: "As an Amazon Associate, I earn from qualifying purchases."Betty Knight is a participant in the Amazon Services LLC Associates Program, an affiliate advertising program designed to provide a means for sites to earn advertising fees by advertising and linking to amazon.com
Recent Posts
Blog Archives
Family