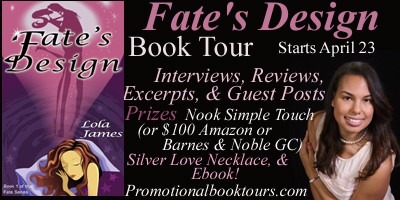 Galena ran her hand along with his bandages. I felt a pang of jealousy as I saw her touch him.

“Just like it would have been nice to know I was coming home to meet your newest girlfriend.” Her words were laced with jealousy.

“She is far from my girlfriend,” Alex said in a casual tone. I stopped breathing as aching in my chest intensified. My heartbeat in my ears as all hopes of love broke from his nonchalant words. This whole time I thought I was his girlfriend and he didn’t. I fought back tears and continued to listen for his reason.

“Good to know. So, what made you stop by here?” She pulled Alex into a hug.

I felt defeated; it was obvious these two had a history.

“I needed to heal fast and Redmond suggested that we stop here,” Alex answered as he loosened himself from the hug to point at the bandage.

“Redmond’s here? Where is he?” Her face lit up as she took Alex’s hand and led him toward the red leather couch to sit.

“He left to get some food for Megan,” Alex replied.

I realized I was holding my breath since Alex so curtly dismissed me as his girlfriend. I need to breathe and confront him about all of this. At the very mention of my name, I stepped into the doorway. They both turned at the sound of my shoes on the wood floor.

“Looks like your American friend is awake,” Galena stated as she cocked her head to the side and gave me a once-over.

A summer vacation in Italy with her twin sister, Morgan, is just what Megan Romano needs. But instead of fun, wine, and relaxation, she finds unexpected romance. Alexandros DiPiero, a sexy and mysterious Italian businessman, falls for Megan the minute he lays eyes on her, but Megan knows it’s too good to be true.

Increasingly haunting dreams that warn of danger and destiny plague Megan’s every sleeping moment. As her nightmares become deadly and her love life heats up, Megan will come face to face with her worst fear.

Buy on Amazon and Barnes and Noble

This tour will run from April 23rd and through May 31