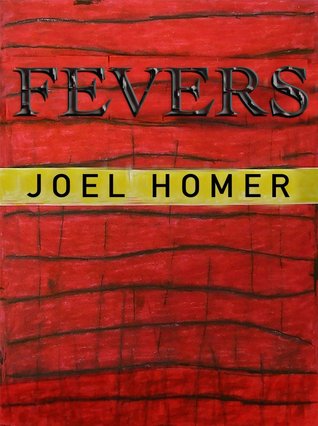 While he was talking with Carlos, four fellow Americans entered the bar. Part of a construction crew by the looks of them, they commandeered the largest booth, ordered vast quantities of alcohol, and soon began to insult everyone in sight.

One of them hitched up his pants and swaggered over. “If you two monkeys don’t want me to commence kicking ass, you better stop your chatter as of now,” he said. “What with all this spic noise you been making, me and my good buddies over there can’t hear ourselves think.”

Carlos immediately stopped talking and assumed as best he could the general posture of best boy in Bible class. He began, surreptitiously, to edge his chair toward the door.

Straw’s own reaction was more ambivalent.

Personally, he could never feel anything but gratitude to someone so gifted at rendering Carlos speechless. But the worker was coming on strong. He had an attitude about individuals who came on strong. Particularly an individual like this one, the one looming above him now, the one with the violent voice and the nasty stare and the self-infatuated swagger of the natural bully. He had the bully’s body, too: thick neck, thick fingers, thick torso.

He decided to compromise. The worker had, after all, rescued him from Carlos. So he contented himself with the mild observation that even if the construction worker and his good buddies stood all alone in the heart of the tomb of Ulysses S. Grant, the chances were good they’d still have trouble hearing each other think.

“You’re an American, ain’t ya?” the worker said. He looked pleased. “I’m here to tell you that it has not been easy, son, stuck down here with nothing but pitiful spicboys to beat up on. Beating up on an American now, now that’s gonna be a treat. Sort of a cure for my homesickness, if you know what I mean.”

“I know what you mean,” Straw said, and double-fisted the worker in the belly.

Neither was a professional, but they each had sufficient experience and were at it for some time. The construction worker had a better right, meaty and fast, but his left hand lacked authority. He stayed just outside the worker’s circle of reach. He worked with what he knew best, the duck-and-jab, weave-and-feint, duck-and-jab routine.

They then switched to what Straw’s old Fort Benning D.I., Jonesy, used to describe, contemptuously, as “your basic Hollywood bullshit brawl.” This one was typical as it involved many looping roundhouse punches and the occasional thrown bottle. The spectators were impressed, but damage was minimal.

“If you wanna win your fights,” Jonesy would tell him every morning at every formation throughout the four months of officers training school, “then you gotta love your fights.”

It proved to be good advice. First in combat, later in more personal battles, he learned that if he wanted to survive the carnage, he had to dig down deep and find some part of himself with a taste for it.

It gave him an edge.

The construction worker outweighed him by sixty pounds and had a foot of reach on him, too. But the essential difference between them was their dispositions. The worker wanted to beat Straw’s brains in because of his need to impose himself on a world that filled him with secret dread, while Straw just wanted to beat the worker’s brains in, period.

Straw goaded him on and on until finally, frustrated, driven, the worker lowered his massive head, stuck his right fist out like a battering ram, and, going for broke, charged ahead full-speed.

Straw savored the moment as long as he dared, waiting until the worker, all mad-dog eyes and bellowing like an angry bull, was almost on top of him.

Then he stitched a short right cross above the worker’s heart, sidestepped as he spun around, chopped him just below the neck with the cutting edge of his hand, and kicked him behind the knee.

The worker fell, and lay very still on the barroom floor.

He took some time getting back his wind, then he bent over his fallen opponent. He checked the skull for any signs of blood. He gently rolled the neck between open palms to make certain there wasn’t a break. He pried open the mouth to see if the tongue had been swallowed or bitten. He slapped him sharply twice. The construction worker coughed, then sighed, then began to snore.

His worried companions had gathered around.

“Give him thirty minutes,” Straw assured them, “and your buddy will be fine. Big and ugly and mean as ever.”

“You took him awful easy,” one of them answered. His face bore a startling resemblance to early Cro-Magnon man. “How come you took him so easy?”

“Let me buy you boys a drink,” Straw said. He knew it was only a gesture, but sometimes gestures mattered.

“How come you took him so easy”—the Ape-man was displaying a remarkably prehensile span of attention—”but you took so long to do it?”

“I’m going to tell you the God’s honest truth,” Straw said, aware of how much he was pushing his luck but pushing it anyway, “I could have taken him down in the first five seconds of round one.”

“Because then,” he said, “it wouldn’t have been fun.” But the truth of it was he was still high on jolts of adrenaline. The truth was he didn’t want to quit.

Then he stopped having thoughts for a while. 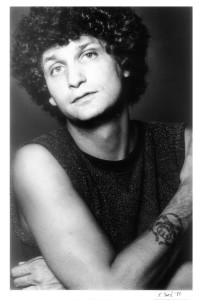 Joel Homer was raised in Greenwich Village, attended New York University and was a medal-winning veteran from the Vietnam war. Upon returning to the states, he began his writing career as a senior editor at Saturday Review.

His books include “Marathons” and “Jargon.” His produced plays include “Scenes Dedicated to My Brother,” “What People Do When They’re All Alone,” and “The Lieutenant Snuffs the Light.” In 1984 he was the first recipient of the prestigious Glickman Award for playwriting. His last play ‘Private Scenes” was a huge hit in San Francisco. While working in Los Angeles, he co-wrote the original script for “Beauty and the Beast” for EuroDisney….to date the most popular stage play in Disney’s history.