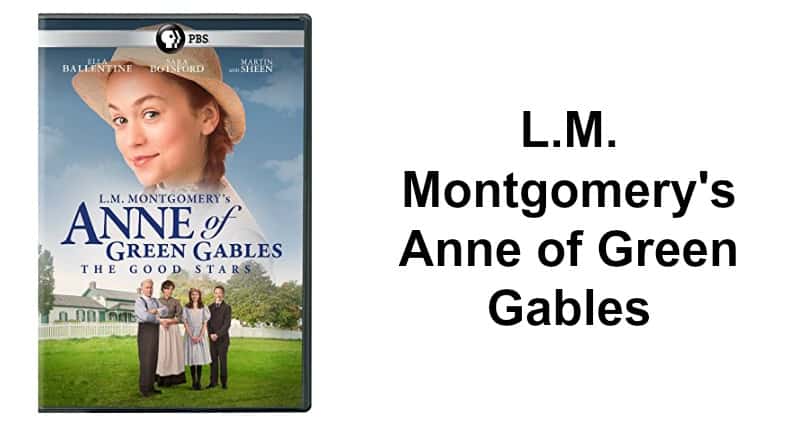 How to Lose Face Fat The Right Way

Purchasing products through the affiliate links on this page contributes to the success of this site at no additional cost to you.

Available on DVD from PBS Distribution on November 7th

PBS Distribution announced on October 16, 2017 they will be releasing the “L.M. MONTGOMERY’S ANNE OF GREEN GABLES THE GOOD STARS” on DVD. The second installment of the classic best-selling Lucy Maud Montgomery story of a free-spirited teenager on Prince Edward Island returns after the successful Thanksgiving 2016 premiere, which reached more than 3.2 million viewers.

“L.M. MONTGOMERY’S ANNE OF GREEN GABLES THE GOOD STARS” will be available on DVD November 7, 2017. The run time is approximately 90 minutes, and has an SRP of $19.99. The program will also be available for digital download.

In this installment, Anne Shirley turns 13 and faces complex situations with friends, learns from inspirational adults, and experiences an escalating friendship with Gilbert. Her free-spirited nature is challenged by her perceived need to be sensible, a journey fraught with confusion and some unfortunate — albeit amusing — mishaps.

The program, written and directed by John Kent Harrison will once again star critically acclaimed actor Martin Sheen as Matthew Cuthbert, along with the return of Ella Ballentine as Anne Shirley (“The Captive”) and Sara Botsford (“E.N.G.”) as Marilla Cuthbert.

“L.M. MONTGOMERY’S ANNE OF GREEN GABLES THE GOOD STARS” was produced by Breakthrough Entertainment in association with Corus Entertainment’s YTV and the author’s granddaughter, Kate Macdonald Butler, who served as executive producer.

About Breakthrough Entertainment
Breakthrough Entertainment Inc. is an award-winning producer and distributor of premium content for worldwide audiences. The entertainment studio’s operations include the development and distribution of feature films, television and digital content; international co-productions and production services. Breakthrough’s digital media division ranks amongst the industry’s most respected producers of high-quality interactive entertainment on mobile and online platforms. Established over 30 years ago, Breakthrough’s library now boasts over 40 feature films and 4,000 television episodes, which air on major networks and digital channels across the globe. The studio has been recognized with international awards including numerous Geminis, Canadian Screen Awards, and Canadian Comedy Awards.

How to Lose Face Fat The Right Way