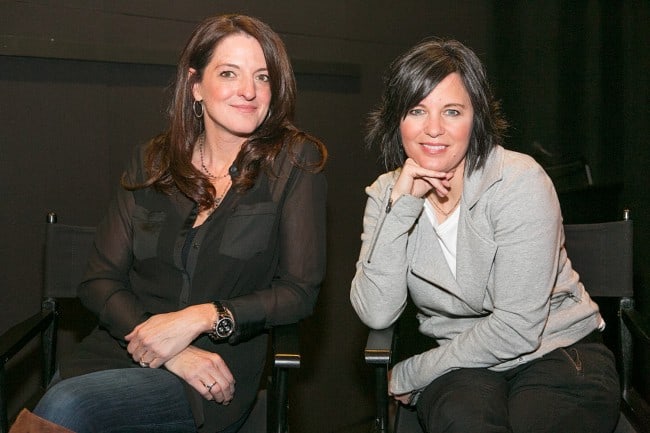 PIRATE FAIRY Filmmakers #PirateFairyBloggers the Answers to our Questions

Now that I am nearing the end of my awesome trip with Disney for the #PirateFairyBloggers, I am excited to share with you our A2Q's with THE PIRATE FAIRY filmmakers. Why am I saying A2Q? Well I like to be different sometimes . Also it makes me think of how much FUN we had listening to the answers to our questions with  the producer and director of the newest Disney Fairy movie, The Pirate Fairy. Peggy Holmes, Director & Writer of “The Pirate Fairy” and Jenni Magee-Cook, Producer of “The Pirate Fairy”.  The excitement that filled the air from these 2 wonderfully fun ladies felt like pixie dust had been sprinkled throughout the air in the small theatre Disney’s Toon Studios (the same theatre where they would debut the movie to Disney high executives) the  blogger group I was in were able to have a great A2Q with the filmmakers.

Question: I'm going to ask this from the perspective of my daughter how does James understand what Zarina saying because to everyone else she sounds like a bell but to him she speaks normal, does he really understand her?

Peggy Holmes: I think he spent a lot of time with her, so just like Peter Pan understands Tinker Bell, James understands Zarina. 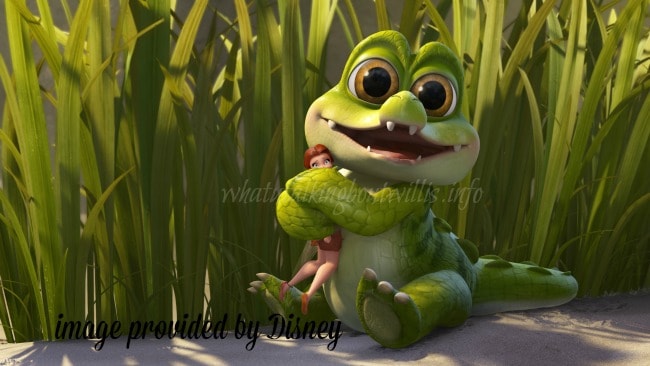 Question: Here's is my question about the little crocodile guy…mommy was the one fairy but then their powers were switched so who will he go to? Will he sad?

Question: How involved is John (Lassiter) in your process?

Peggy Holmes: We do a lot of research and we like things to be authentic, a baby croc looks similar to the movie croc and this is what we presented to John and John was like it needs to be cuter, we need to make it like a toddler with big eye's. Bruce Smith did a drawing and it got closer and Ben Abraham drew the croc that we ultimately went with.

Question: Was it a conscious decision to make movie more appealing to boys?

Peggy Holmes: No, the decisions come from what kind of story we want to tell. I wanted to tell a story about a girl who made a mistake and I love the idea that she made this really big mistake and when she realizes it she really tried to right her wrong. And she doesn't expect to be able to come back to Pixie Hollow and she was ready to find a new life for herself.

Jenni Magee-Cook: We had meetings with all the directors and we were talking about how are we going to tell this story… 2 hours go by and we had that moment of AHA! And John Lassiter came up with pirates and that's how he came up with the general idea.
Peggy Holmes: Where should she go? I kept wanting her to run away from home and John went BAM! We could introduce a young Captain Hook. 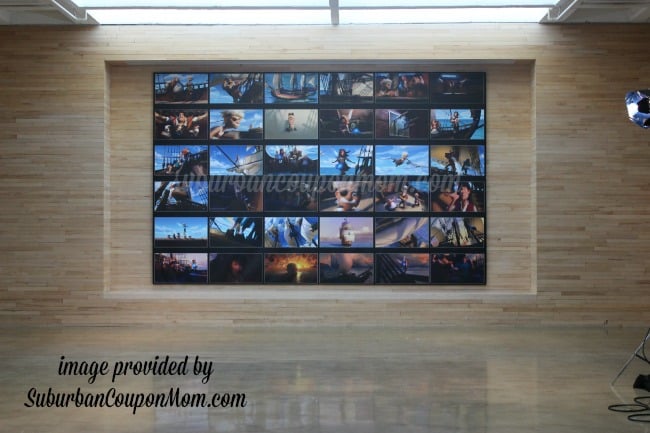 Question:  Is there going to be one with Peter Pan?
See Also
Entertainment

Peggy Holmes: We have to find a story we want to tell………we're excited about where things are going but…
Question: You talked about the design of Zarina and coming up with a new fairy…
Peggy Holmes: The first drawing her did of her was super sweet but I wanted her to have a vulnerable side…but she was just too sweet and we couldn't believe that she could run a pirate ship. She's actually about an inch taller than Tinkerbell, she's more athletic and she needed to be a little tougher because of being a captain of a pirate ship. I wanted her to have more hair, a beachy California swept look… People love to be pirates….
According to Yuriko Senoo the  Animation Supervisor on The Pirate Fairy, “Peggy Holmes she used to be a dancer/choreographer she was perfect for pirates song and dance sequence”. The animators used the movements of the director to get the idea of how the characters should dance in this scene. 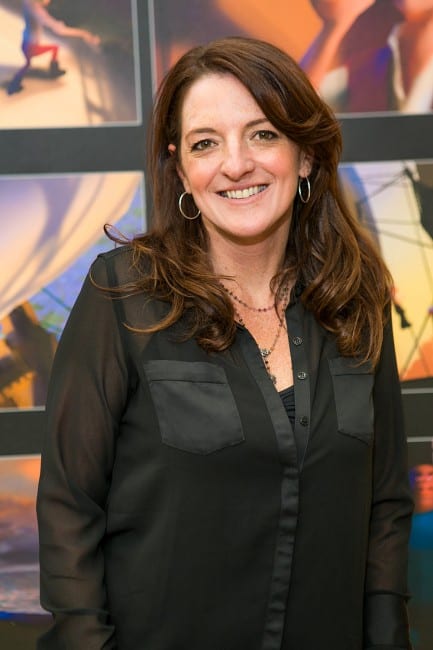 Jenni Magee-Cook: She wasn't living in Pixie Hollow and had no organic material, all she had was plundered and stolen material on the pirate ship. He belt was a watch band and her sword was a hat pin …. It was fun being able to utilize new materials. And Christian….was AWESOME! Came right from the runway to being able to design a six inch fairy…

Question: Is she (Zarina) going to stay the way is… like a pirate?
Peggy Holmes: I'm dying to create her Pixie Hollow outfit! There is no way she's going to totally stay a pirate and I want to create her new look…I'm hoping so much she winds up in another movie and even if I'm not directing it I'm going to put in my two cents.
Question: I really enjoyed when you were talking about switching their talents, I enjoyed watching them learn how to use their new powers and how did you decide what fairy got what talent?
Peggy Holmes: What would be the worst possible talent to give them and that's how we decided. They also had fun setting up shots and finding interesting places for the fairies to hide…
I have to say it was once again so refreshing to talk and laugh with two down to earth people, who were just as excited to tell us about their movie, as we were to hear about it. To be able to spend a little one on one time with them after watching the movie was a great experience.Have you purchased  your copy that set sail on April 1st? ,if not you will want to get to the store and grab one. It will make a great birthday gift or look awesome in a little girl's Easter Basket!
To keep on top of anything “Pirate Fairy” related follow them on all of their Social Media below.
https://twitter.com/DisneyPictures
https://www.facebook.com/DisneyFairies
https://www.facebook.com/TinkerBell
https://twitter.com/DisneyPictures
http://www.pinterest.com/disneystudios/disneys-the-pirate-fairy/
http://fairies.disney.com/the-pirate-fairy
**I want to Thank Susan from Susan's Disney Family for sharing her transcription of the interview with me!**
0 Shares
Tweet
Share
Pin
Flip
Share
Share

Carlos Ponce Joins the Cast of Disney’s The Pirate Fairy