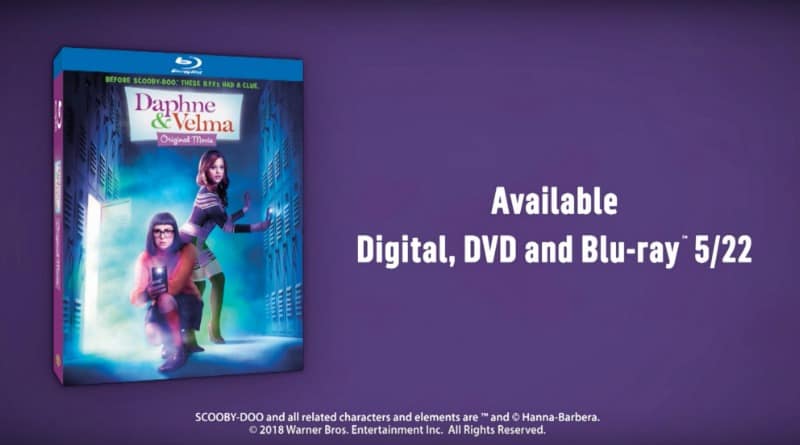 Satellite Girl and Milk Cow on Blu-ray/DVD and DVD 6.5

**“Warner Bros. Home Entertainment provided me with a free copy of the Blu-ray I reviewed in this Blog Post. The opinions I share are my own.”**

I have always enjoyed the Scooby-Doo and the gang movies. The cartoons were popular when I was a kid, and I looked forward to the next episode.  So I was excited when I heard the Velma and Daphne were back.  But I will be honest I was missing Scooby-Doo.

When Daphne learns a surprising fact about her life that slightly shakes her self-confidence while Velma learns how to break out of her self-imposed social isolation. By the end of the film, they do what true BFF’s always do: encourage each other, depend on each other when things get tough and trust in both themselves and each other.

I was interested in how “Mystery Incorporated” began solving mysteries so, I did some research and found there is a movie that solves that particular mystery. The after-mentioned film even explains how the “Mystery Machine” gets its name.

For those viewers wanting to see how the gang became a mystery-solving team, I recommend watching: “Scooby-Doo! The Mystery begins” (2009). The films aren’t exactly sequential but, both are both worth watching for Scooby-Doo! enthusiasts.

Hi, I am Betty Knight, Owner of this site! I am a 'nearing 30-year-old', happily married to 1 awesome man. We live in the beautiful tourist town of Franklin NY.
PR Newswire
Amazon Associates Disclosure
Please Note: "As an Amazon Associate, I earn from qualifying purchases."Betty Knight is a participant in the Amazon Services LLC Associates Program, an affiliate advertising program designed to provide a means for sites to earn advertising fees by advertising and linking to amazon.com
Recent Posts
Blog Archives
Family

Minimalist Parenting: 3 Ways You Can Improve Your Family Dynamic

Satellite Girl and Milk Cow on Blu-ray/DVD and DVD 6.5