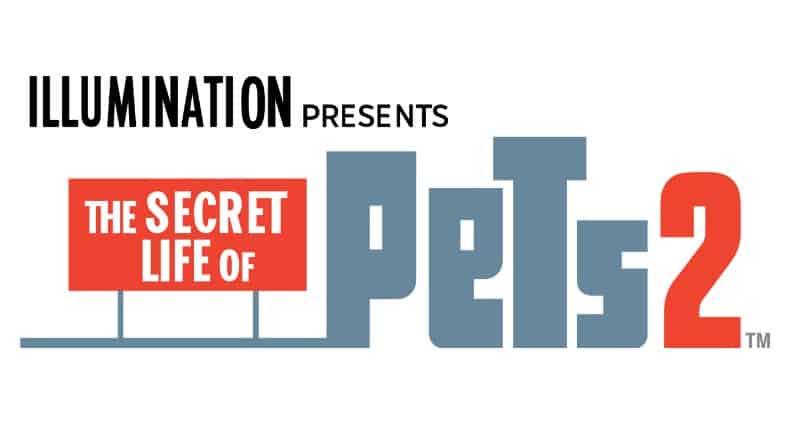 The Many Vibes Of New Jersey

The perfect movie for everyone arrives home this summer with the irreverent yet heartfelt sequel to the blockbuster sensation in The Secret Life of Pets 2, debuting on Digital August 13, 2019, and on 4K Ultra HD, Blu-ray™, DVD and On-Demand August 27, 2019.  From Illumination, the studio that brought you the original Despicable Me, Minions and Sing franchises, the highly anticipated follow up to the hit animated film led by a star-studded comedic cast reunites all of our favorite Pets and their growing families in a new chapter that explores the deep bond between them and the humans that love them.

I just LOVE movies like this.  I enjoyed the first one so much and am looking forward to seeing this one on Blu-ray when it comes out.  Life just got too hectic for us to get to the theater for this one, so I am so glad it will be out before summer is over.

THE IRRESISTIBLE HEARTWARMING ANIMATED FILM OF THE SUMMER COMES HOME WITH

THE SECRET LIFE OF PETS 2

WITH OVER 90 MINUTES* OF MUST-HAVE, NEVER-BEFORE-SEEN VALUE-ADDED CONTENT
ALSO INCLUDING DELETED SCENES, AN INTERACTIVE MOTION COMIC AND MUCH MORE

BE THE FIRST TO OWN IT ON DIGITAL AUGUST 13, 2019
4K ULTRA HD, BLU-RAYTM, AND DVD AUGUST 27, 2019
FROM UNIVERSAL PICTURES HOME ENTERTAINMENT 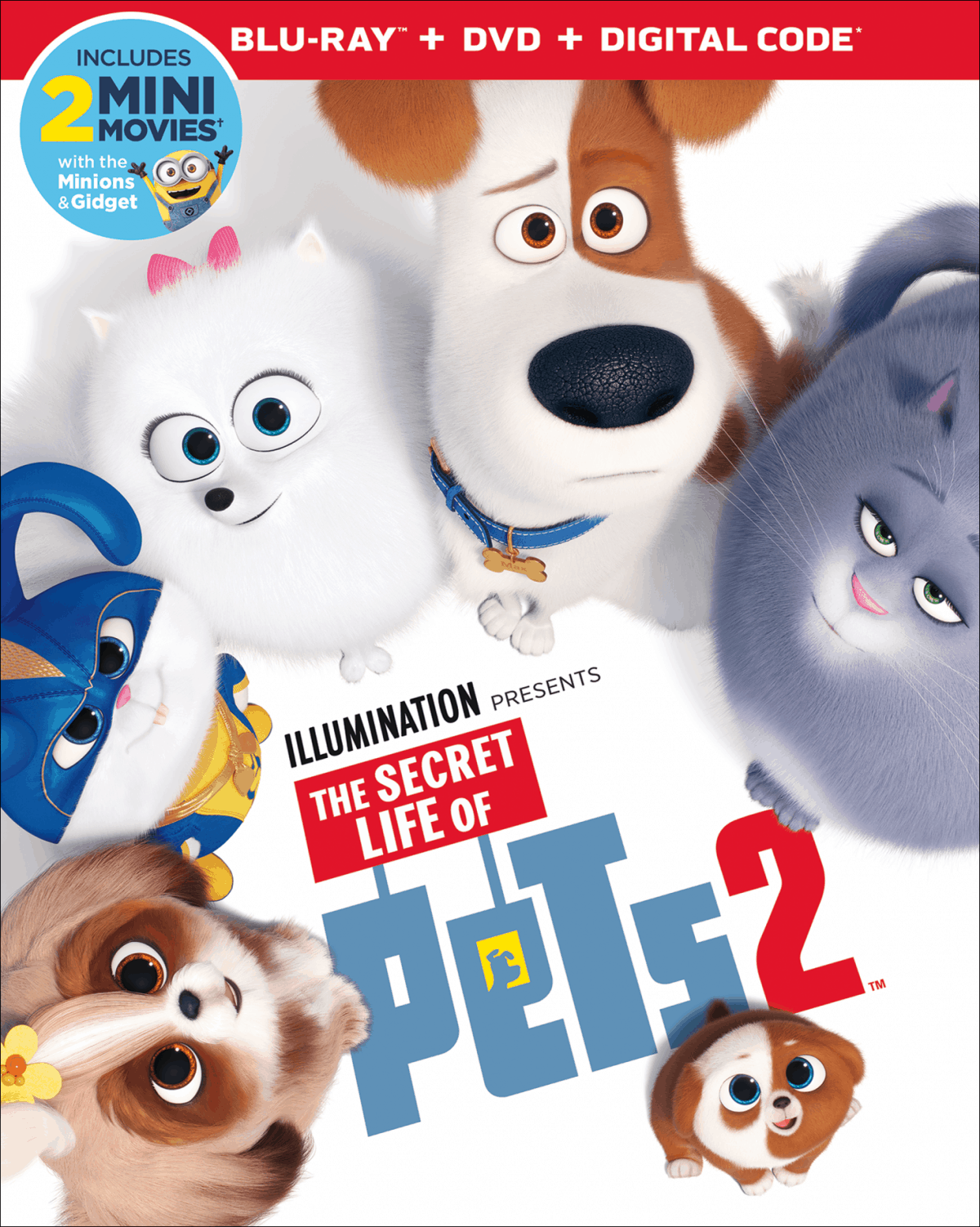 Universal City, California, July 18, 2019 – The perfect movie for everyone arrives home this summer with the irreverent yet heartfelt sequel to the blockbuster sensation in The Secret Life of Pets 2, debuting on Digital August 13, 2019, and on 4K Ultra HD, Blu-ray™, DVD and On-Demand August 27, 2019.  From Illumination, the studio that brought you the original Despicable Me, Minions and Sing franchises, the highly anticipated follow up to the hit animated film led by a star-studded comedic cast reunites all of our favorite Pets and their growing families in a new chapter that explores the deep bond between them and the humans that love them. The 4K Ultra HD, Blu-ray™, DVD and Digital versions of the film are packed with more than 90 minutes* of bonus content only when you own, including two brand new, laugh-out-loud funny mini-movies – Super Gidget, featuring the film’s adorable Pomeranian Gidget and her best friend Max and Minion Scouts, starring everyone’s comical little helpers, the Minions. Additionally included are deleted scenes, DIY and drawing tutorials as well as a special interactive Captain Snowball Motion Comic allowing viewers to direct our boisterous bunny hero on his next move exclusive to the 4K Ultra HD and Blu-ray™ versions!  As the dog days of summer come to an end, join this endearing cast of four-legged friends for a quality movie night of family fun with the film that uniquely reminds us of why we love our own pets and what makes them so very special.

The Secret Life of Pets 2 explores the emotional lives of our pets, the deep bond between them, the families that love them and answers the question: What are your pets really doing when you’re not at home? Terrier Max (Patton Oswalt) is coping with major life changes after Katie’s marriage and the arrival of a toddler, Liam. Meanwhile, Gidget (Jenny Slate) tries to rescue Max’s favorite toy from a cat-packed apartment with a little help from her feline friend, Chloe (Lake Bell), who has discovered the joys of catnip. And Snowball (Kevin Hart) believes, despite the other pets’ teasing, that he’s a superhero after his owner starts dressing him in superhero pajamas. But when Daisy (Tiffany Haddish), a fearless Shih Tzu, shows up to ask for Snowball’s help on a dangerous mission, he’ll have to summon the courage to become the hero he’s been pretending to be.

The Secret Life of Pets 2 will be available on 4K Ultra HD in a combo pack (4K Ultra HD+ Blu-rayTM + Digital Code). Bonus features on the 4K Ultra HD will all be delivered in stunning 4K resolution.

About Illumination Entertainment
Illumination, founded by Academy Award® nominee Chris Meledandri in 2007, is one of the entertainment industry’s leading producers of event animated films.  The company’s franchises include three of the top-eight animated films of all time, and its iconic, beloved brands—infused with memorable and distinct characters, global appeal and cultural relevance—have grossed more than $6 billion worldwide.

Illumination was recently honored by Fast Company as one of the world’s most innovative companies.

Illumination, which has an exclusive financing and distribution partnership with Universal Pictures, has garnered an extraordinary number of franchise successes for a studio just over a decade old.  As the creator of the hugely successful world of Despicable Me, which was recently crowned the top-grossing box-office animated franchise globally, Illumination has evolved the Despicable Me series to include Minions, the third-highest-grossing animated film of all time and the most profitable film in Universal’s history, as well as the Academy Award®– nominated Despicable Me 2 and summer 2017’s Despicable Me 3, which made more than $1 billion at the global box office.

Illumination recently launched two original properties that captivated audiences worldwide: The Secret Life of Pets, which achieved the best opening for an original movie, animated or otherwise, in U.S. history, and the global smash, Sing. And in 2018, Illumination’s Dr. Seuss’s The Grinch had the biggest opening weekend of any Christmas-themed movie in history.

Founded 11 years ago with the mission of putting a smile on the face of every member of the audience, no matter their age, Illumination continues to imagine both original stories, as well as unexpected adaptations of beloved pre-existing works.

Illumination’s upcoming films include Minions 2 in July 2020 and Sing 2 in Summer 2020.

Yes, You Can Have Your Dream Home

The Many Vibes Of New Jersey