I received a copy of The Secret Life of Pets 2 in order to facilitate this review, however, as always opinions are 100% my own.

The Secret Life of Pets 2

Ever since the commercials came out for Secret Life of Pets 2 my grandkids couldn’t wait to see it.  When it arrived they were so excited and I think have watched it at least 4 times.  One of Zak’s favorite characters is Captain Snowball, and Emma said she had a  few so too many to name.

I really enjoyed how they portrayed the pets of wanting to take care of their human.  There have been many times I wondered what our pets or other pets were “thinking”.  With this movie and its predecessor sometimes you get a glimpse into what they might be thinking.  Or think I thought the same thing too.

You will enjoy this movie with its humor, love, caring, and journey into the ‘secret life of pets’.   You can get your copy here:   Amazon.

This movie is perfect for the entire family, and is available on digital now but will be on 4K Ultra HD, Blu-ray™, DVD and On-Demand August 27, 2019. From Illumination, the studio that brought you the original Despicable Me, Minions and Sing franchises, the highly anticipated follow up to the hit animated film led by a star-studded comedic cast reunites all of our favorite Pets and their growing families in a new chapter that explores the deep bond between them and the humans that love them. 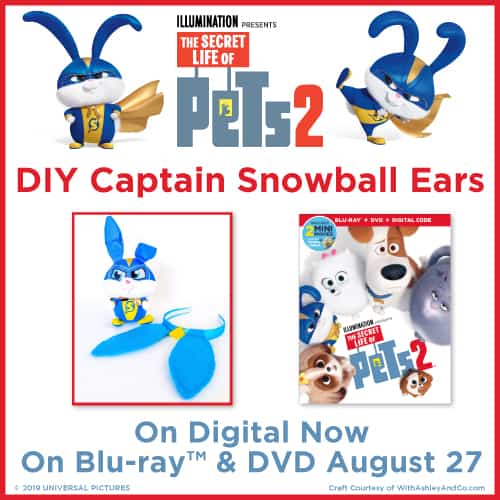 THE IRRESISTIBLE HEARTWARMING ANIMATED FILM OF THE SUMMER COMES HOME WITH

THE SECRET LIFE OF PETS 2

WITH OVER 90 MINUTES* OF MUST-HAVE, NEVER-BEFORE-SEEN VALUE-ADDED CONTENT
ALSO INCLUDING DELETED SCENES, AN INTERACTIVE MOTION COMIC AND MUCH MORE

BE THE FIRST TO OWN IT ON DIGITAL AUGUST 13, 2019
4K ULTRA HD, BLU-RAYTM, AND DVD AUGUST 27, 2019
FROM UNIVERSAL PICTURES HOME ENTERTAINMENT 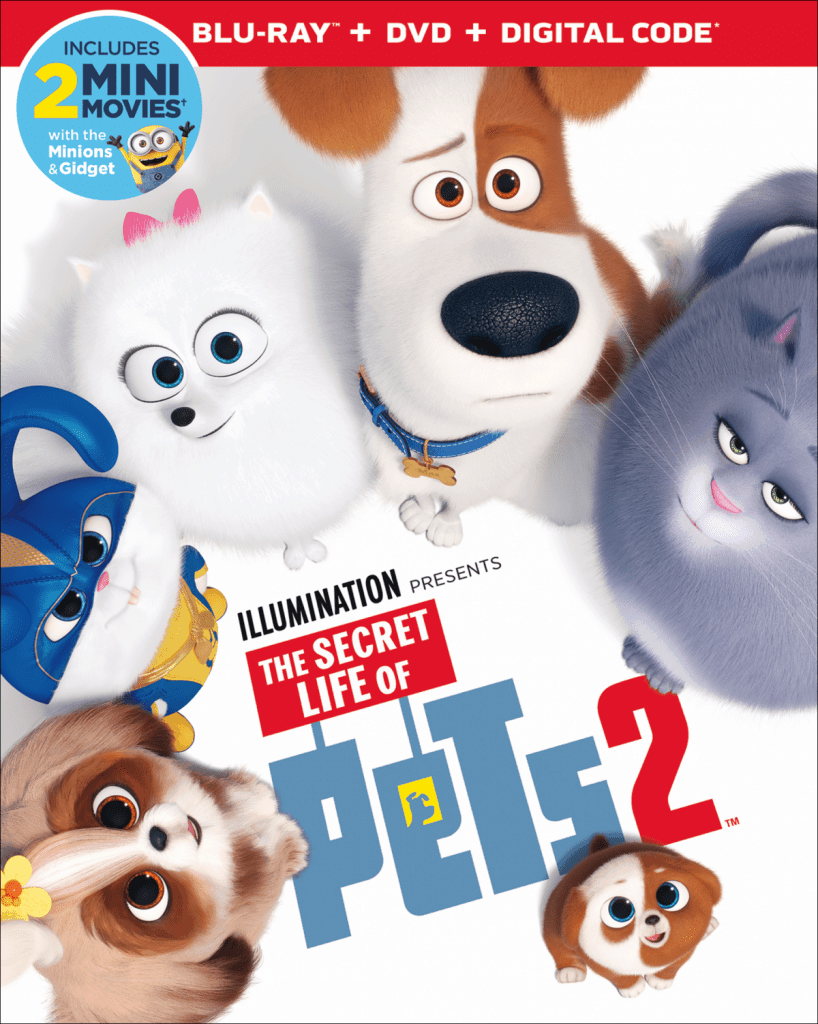 The Secret Life of Pets 2 explores the emotional lives of our pets, the deep bond between them, the families that love them and answers the question: What are your pets really doing when you’re not at home? Terrier Max (Patton Oswalt) is coping with major life changes after Katie’s marriage and the arrival of a toddler, Liam. Meanwhile, Gidget (Jenny Slate) tries to rescue Max’s favorite toy from a cat-packed apartment with a little help from her feline friend, Chloe (Lake Bell), who has discovered the joys of catnip. And Snowball (Kevin Hart) believes, despite the other pets’ teasing, that he’s a superhero after his owner starts dressing him in superhero pajamas. But when Daisy (Tiffany Haddish), a fearless Shih Tzu, shows up to ask for Snowball’s help on a dangerous mission, he’ll have to summon the courage to become the hero he’s been pretending to be.

The Secret Life of Pets 2 will be available on 4K Ultra HD in a combo pack (4K Ultra HD+ Blu-rayTM + Digital Code). Bonus features on the 4K Ultra HD will all be delivered in stunning 4K resolution.

About Illumination Entertainment
Illumination, founded by Academy Award® nominee Chris Meledandri in 2007, is one of the entertainment industry’s leading producers of event animated films. The company’s franchises include three of the top-eight animated films of all time, and its iconic, beloved brands—infused with memorable and distinct characters, global appeal and cultural relevance—have grossed more than $6 billion worldwide.

Illumination was recently honored by Fast Company as one of the world’s most innovative companies.

Illumination, which has an exclusive financing and distribution partnership with Universal Pictures, has garnered an extraordinary number of franchise successes for a studio just over a decade old. As the creator of the hugely successful world of Despicable Me, which was recently crowned the top-grossing box-office animated franchise globally, Illumination has evolved the Despicable Me series to include Minions, the third-highest-grossing animated film of all time and the most profitable film in Universal’s history, as well as the Academy Award®– nominated Despicable Me 2 and summer 2017’s Despicable Me 3, which made more than $1 billion at the global box office.

Illumination recently launched two original properties that captivated audiences worldwide: The Secret Life of Pets, which achieved the best opening for an original movie, animated or otherwise, in U.S. history, and the global smash, Sing. And in 2018, Illumination’s Dr. Seuss’s The Grinch had the biggest opening weekend of any Christmas-themed movie in history.

Founded 11 years ago with the mission of putting a smile on the face of every member of the audience, no matter their age, Illumination continues to imagine both original stories, as well as unexpected adaptations of beloved pre-existing works.

Illumination’s upcoming films include Minions 2 in July 2020 and Sing 2 in Summer 2020.

6 Ways to Incorporate Gold In Your Jewelery