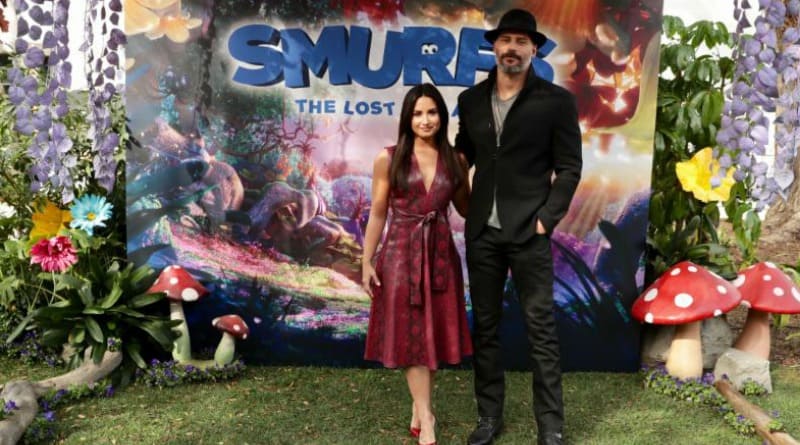 Making good on the commitment to increase overall output while continuing to offer its distinctive mix of family films, Sony Pictures Animation on January 18, 2017 released the project details on its upcoming roster of titles through 2018, along with additional highly anticipated future feature film projects, including one from Pulitzer Prize-winner Lin-Manuel Miranda.

Kristine Belson, President of Sony Pictures Animation, says, “We are proud of the artist-driven titles we have coming to the marketplace. The abundance, variety and quality of the features are a testament to the wealth of creative talents who call Sony Pictures Animation their home.”
SMURFS: THE LOST VILLAGE (April 7, 2017 release)

The feature is directed by Kelly Asbury (SHREK 2), produced by Jordan Kerner (CHARLOTTE’S WEB) and Mary Ellen Bauder Andrews (HOTEL TRANSYLVANIA), and written by Stacey Harman and Pamela Ribon, based on the characters and works of Peyo. Digital animation by Sony Pictures Imageworks.

In this fully animated, all-new take on the Smurfs, a mysterious map sets Smurfette and her best friends Brainy, Clumsy and Hefty on an exciting and thrilling race through the Forbidden Forest filled with magical creatures to find a mysterious lost village before the evil wizard Gargamel does. Embarking on a rollercoaster journey full of action and danger, the Smurfs are on a course that leads to the discovery of the biggest secret in Smurf history! 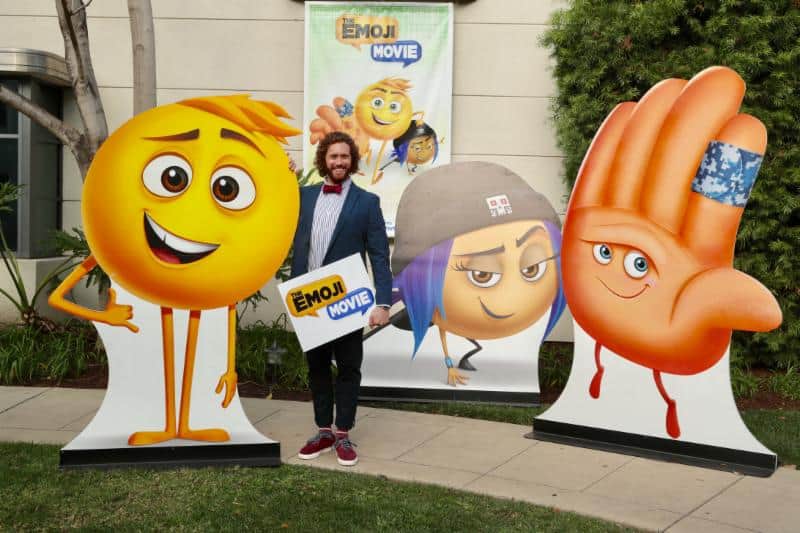 THE EMOJI MOVIE unlocks the never-before-seen secret world inside your smartphone. Hidden within the messaging app is Textopolis, a bustling city where all your favorite emojis live, hoping to be selected by the phone’s user. In this world, each emoji has only one facial expression – except for Gene, an exuberant emoji who was born without a filter and is bursting with multiple expressions. Determined to become “normal” like the other emojis, Gene enlists the help of his handy best friend Hi-5 and the notorious code breaker emoji Jailbreak. Together, they embark on an epic “app-venture” through the apps on the phone, each its own wild and fun world, to find the Code that will fix Gene. But when a greater danger threatens the phone, the fate of all emojis depends on these three unlikely friends who must save their world before it’s deleted forever.

A small but brave donkey named Bo yearns for a life beyond his daily grind at the village mill. One day he finds the courage to break free, and finally goes on the adventure of his dreams. On his journey, he teams up with Ruth, a lovable sheep who has lost her flock and Dave, a dove with lofty aspirations. Along with three wisecracking camels and some eccentric stable animals, Bo and his new friends follow the Star and become accidental heroes in the greatest story ever told – the first Christmas.

Mavis surprises Dracula with a family voyage on a luxury Monster Cruise Ship so he can take a vacation from providing everyone else’s vacation at the hotel. The rest of Drac’s Pack cannot resist going along and once they leave port, romance zings Drac when he meets the mysterious ship captain Ericka. Now it’s Mavis’ turn to play the overprotective parent, keeping her dad and Ericka apart. Little do they know that his “too good to be true” love interest is actually a descendent of Van Helsing, arch nemesis to Dracula and all monsters!

Director Genndy Tartakovsky (SAMURAI JACK, STAR WARS: CLONE WARS) is back in the director’s chair, along with Michelle Murdocca back producing and Adam Sandler executive-producing, with a screenplay by Genndy Tartakovsky and Michael McCullers (AUSTIN POWERS: THE SPY WHO SHAGGED ME).

In addition to this feature film, a new animated short, PUPPY, directed by HOTEL TRANSYLVANIA’s Genndy Tartakovsky, will be debuting in theaters attached to THE EMOJI MOVIE in August 2017. In the short, the residents of Hotel Transylvania find their world turned upside-down when youngster Dennis gets a surprise monster-sized pet!

ABOUT SONY PICTURES ANIMATION
Sony Pictures Animation produces a variety of animated and family entertainment for audiences around the world. The studio is following its worldwide comedy hits-the record-breaking monster comedies Hotel Transylvania and Hotel Transylvania 2, the hybrid live action/animated blockbusters The Smurfs and The Smurfs 2, and the mouth-watering Cloudy with a Chance of Meatballs movies-with the fully animated reboot Smurfs: The Lost Village in April 2017; a surprising and comic take at the secret world inside our phones with The Emoji Movie in August 2017; the inspirational The Star in November 2017; Hotel Transylvania 3 in September 2018; and an animated Spider-Man feature from the minds of directors Chris Miller and Phil Lord in December 2018. The studio, in conjunction with Aardman Animations, has produced two critically acclaimed feature films: the CG-animated family comedy Arthur Christmas; and the Academy Award® nominated stop-frame animated high-seas adventure, The Pirates! Band of Misfits. In 2007, Surf’s Up also received an Academy Award® nomination for Best Animated Feature Film; a sequel entitled Surf’s Up 2: WaveMania now available on DVD and digital. The division, whose first feature film Open Season led to a very successful movie franchise including the brand new Open Season: Scared Silly now available on digital, DVD and Blu-ray, was founded in 2002. Sony Pictures Animation is a division of the Sony Pictures Motion Pictures Group.

Nikon,Sony,Samsung @ Best Buy: What Will Be Under Your Tree? #CamerasatBestBuy