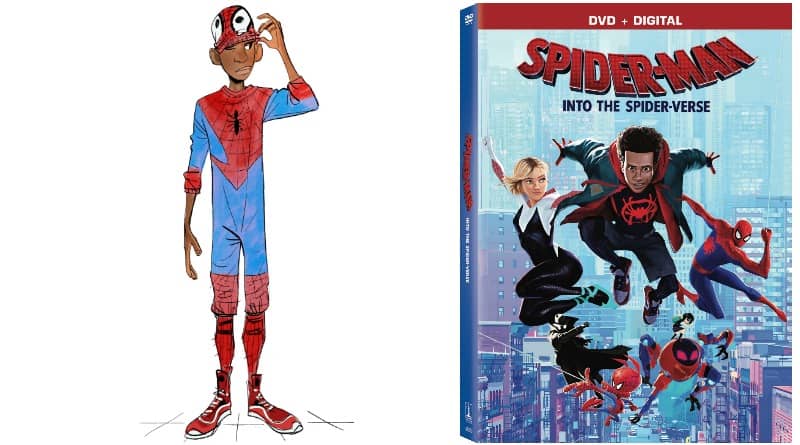 Spider-Man: Into the Spider-Verse Giveaway

Disclosure:  I was sent this movie in order to facilitate my review.  All opinions are 100% my own.

I really believe all kids should be able to have someone to “look up to”, and in the world, we live in, why not a superhero?  Superheros make us feel like we can do anything we put our mind to and Spider-Man: Into the Spider-Verse is no different.  Miles Morales is the main character in this movie and shows us that ‘anyone can wear the mask’.  This I feel shows kids that we can all be our own type of superhero in our own lives.

I found this movie was fun and engaging for me at 50 just as much as it was for my 8-year-old granddaughter.  She told me that superheroes make her feel a strength that she didn’t realize was there. We will definitely be watching this again plus the bonus features alone make this worth owning.

CULVER CITY, Calif. (February 18, 2019) – The Academy Award® Nominee for Best Animated Feature Film, SPIDER-MAN: INTO THE SPIDER-VERSE, swings onto Digital February 26 and on 4K Ultra HD Combo Pack, Blu-ray Combo Pack, and DVD on March 19 from Sony Pictures HomeEntertainment and Sony Pictures Animation. From Phil Lord and Christopher Miller, the uniquely creative minds behind The Lego Movie and 21 Jump Street, the film offers a fresh vision of the Spider-Man universe with a groundbreaking visual style that’s the first of its kind.

SPIDER-MAN: INTO THE SPIDER-VERSE, a film that has grossed over $350 million in theaters worldwide to date, introduces Brooklyn teen Miles Morales, and the limitless possibilities of the Spider-Verse, where more than one can wear the iconic mask. “One of the most rewarding experiences in recent months has been to hear that children are telling their parents that they see themselves in Miles, or that they want to grow up to be like Spider-Gwen, anyone can be a hero. Thats why we made this film, and we hope that feeling of empowerment is something that both audiences young and old can take away,” say Directors Bob Persichetti, Peter Ramsey, and Rodney Rothman.

A Dog’s Journey: You Will Laugh, Cry and Feel Love for Man’s Best Friend

Spider-Man: Into the Spider-Verse Giveaway