Disclosure:  I received a copy of this movie in order to facilitate my review.  All opinions are my own.

The legendary ending of the Star Wars saga can now be watched in the comfort of your own home! The DVD+Blu-ray contains a full-length documentary!

My top five reasons you should watch Star Wars: The Rise of Skywalker:

Not only is Rey on a quest to defeat the First Order, but she is also trying to discover her past. There are a few twists and turns along her journey!

2.  The action scenes and CGI are flawless!

The fight scenes and the overall visual effects of the various spacecraft are amazing! The personal battles between Rey and Kylo Ren (Adam Driver) really make for epic back and forth interactions between the two.

3. Some surprise cameos in the movie

You’ll get goosebumps once you see who they are, and where they fit in the storyline!

4. The stories adapted well to the big screen.

So many individual storylines intertwine within the movie. If you get up for a snack or bathroom break, make sure to pause the movie, as you might miss something important!

If you’ve watched all of the major motion picture releases, you’ll definitely want to watch this one!

The Rise of Skywalker is the third episode of the Star Wars sequel trilogy, with The Force Awakens (2015) and The Last Jedi (2017) being the first two in this series. The film was produced, co-written, and directed by  J. J. Abrams.

Hurry out and get your copy today! 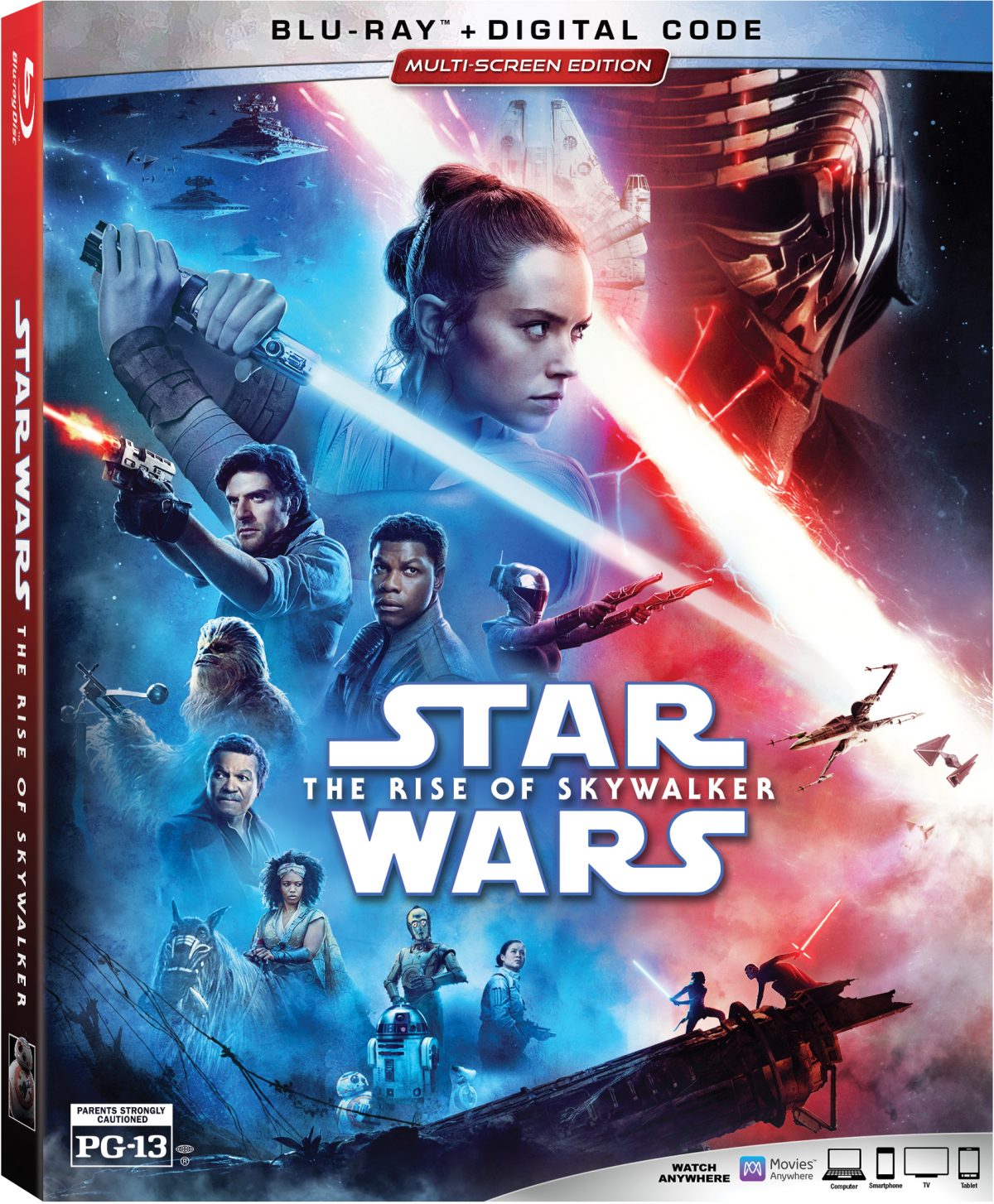