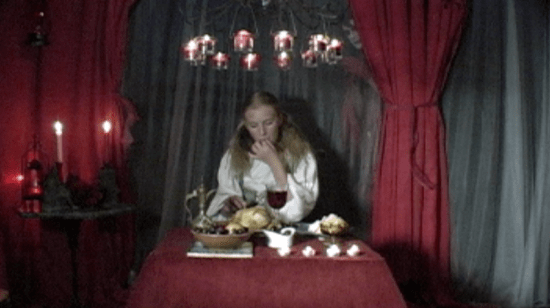 The Accidental Siren Guest Post
In *The Accidental Siren*, James Parker is a twelve-year-old boy making a movie in the woods with his friends. The movie is called *Fairytale* and follows a young girl as she searches for her father who she doesn’t realize is dead. Not only does the movie provide an exciting backdrop for the action in the story, but it roughly parallels the themes of *The Accidental Siren* while foreshadowing events in the sequels.

Believe it or not, I actually made a film very similar to *Fairytale* during college. I spent the summer of 2005 making costumes, converting my parents’ garage into a movie set, fleshing out the (ridiculous) story, and begging family and friends for help. Although the end result was a little silly, the process was a fantastic learning experience and gave me one of the best summers of my life.

I thought it would be fun to share some screenshots with my fans. Maybe they’ll serve as an interesting peek into my inspiration while bringing life to scenes from *The Accidental Siren.*

A Diary’s House – Excerpt 1 – A Discovery Worth Discovering