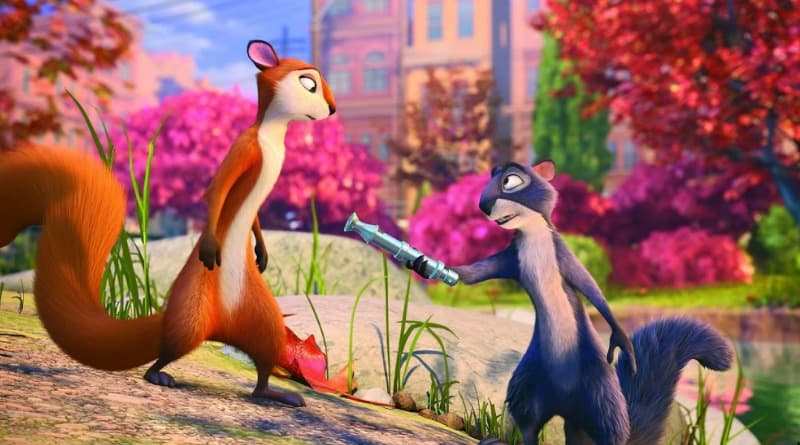 Why Do Old Dogs Get Anxious?

A great sequel The Nut Job 2: Nutty by Nature will capture your heart just as much as the first one.  Join Surly and his friends as they are back to make you love them and laugh just as much as you did before.

Disclosure: I received a copy of The Nut Job 2: Nutty by Nature in order to facilitate my review, all opinions are my own.

Enjoy the new characters in this one with Mr. Feng (Jackie Chan, Kung Fu Panda), the cute but deadly city mouse, and Frankie, the lovelorn bulldog (Bobby Cannavale, Ant-Man). They both definitely added to this already cute movie.  This movie is family friendly so it is a great movie to enjoy for family movie night.  You will also enjoy that The Nut Job 2: Nutty By Nature comes packed full with fun bonus content which includes deleted scenes, special animation, and art reels as well as a feature commentary with the filmmakers.  This will offer you a peek at the making of the film and how the characters were brought to life.  I really enjoyed this part too because I always find the “behind the scenes” interesting.

Who is your favorite character? Let me know once you have had a chance to purchase the movie!

THE NUT JOB 2: NUTTY BY NATURE

Universal City, September 20, 2017 – Surly and his friends are back in the action-packed animated adventure, The Nut Job 2: Nutty By Nature, coming to Digital on October 31, 2017, and on Blu-rayTM, DVD, and On Demand on November 14, 2017, from Universal Pictures Home Entertainment. Filled with heart and animal hijinks, this family-friendly comedy introduces new fan-favorite characters including Mr. Feng (Jackie Chan, Kung Fu Panda), the adorable but deadly city mouse, and Frankie, the love-struck bulldog (Bobby Cannavale, Ant-Man).

Surly Squirrel (Arnett) and the gang are back, returning to Liberty Park after they are forced to leave their easy life at the nut store. Getting back to nature is the last thing Surly wants to do, but when a greedy mayor decides to destroy the park to build an amusement park, Surly and his ragtag critter friends must band together to save the place they call home. 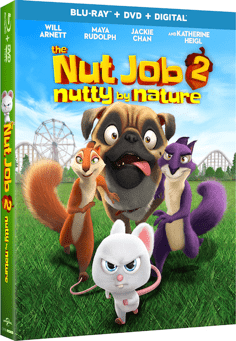 Rating: Rated PG for action and some rude humor

Rating: Rated PG for action and some rude humor

Disclosure: I received a copy of The Nut Job 2: Nutty by Nature in order to facilitate my review, all opinions are my own.

The Most Expensive Jewelry Around the World

Why Do Old Dogs Get Anxious?