“Look here, princess.” I heard the nasty in my tone, but I was way beyond caring. “I get that you think you’re running the show, that you’re the big, bad hotel heiress. But I’m telling you, I’m not letting you screw up this hotel. I’m not letting something that could be beautiful and timeless morph into some cookie-cutter boutique place. It’s not going to happen.”
“Listen to me, mister.” Her eyes flashed, her translucent 87 cheeks flushed and her full lips moved with intensity. She should’ve been pissing me the hell off. But for some reason known to no man, something surged inside me. The feeling was close to anger, but at the same time, it was different. Powerful and hard and undeniable—it was desire. I was arguing with Abby, about ready to wring her neck, and yet all I really wanted to do was grab her by those slim shoulders, yank her closer to me and kiss her until she shut up.
Shit.
I stood there, staring at her, unmoving, while she yam- mered on. I don’t know what expression was on my face, but after a few minutes, she stopped talking. Her eyes narrowed, her forehead crinkled and she frowned.

“What’s the matter with you? Are you having a stroke or a seizure or something? You look weird.” She took a step closer. “Did you hit your head when you fell?”
“No.” The word came out in almost a whisper. “No head trauma.”

I watched, fascinated, as her face relaxed, her forehead smoothing out, eyes widening and softening. Her lips parted just enough for her tongue to creep out as the tip of it passed between. The sight snapped my thin band of control, and my hands reached forward, almost of their own accord.

I gripped her upper arms gently, my fingers rubbing the soft skin until she shivered. A soft breeze that came from God only knew where skimmed over us both, and suddenly I wanted. I wanted this woman so badly that I couldn’t take my next breath unless my mouth was on hers. Without thinking about it, operating on pure driven instinct, I lowered my head, at the same time as I drew her body closer to mine.
I was nearly touching her lips when she jerked back, twisting out of my hands.

The single word slammed into me like a two-ton truck, knocking the wind out of my lungs. Abby hugged her arms around her middle and dropped her head, staring at the floor. Her back was moving up and down fast, and that gave it away: she’d been feeling it, too. Whatever this was between us, it wasn’t one-sided. But she’d pushed me away anyway.
“Why?” I managed to croak the question.

“It’s a bad idea, Ryland. A bad, bad idea. Getting involved with someone you work with is never good. And you—I—you hate me. You can’t stand me.”
“That’s not true.” My tongue was thick in my mouth. “I don’t hate you. And when you relax, Donavan, you’re very easy to like.”

“But we argue all the time.” She still wasn’t looking at me. “And I’m older than you.”
“Are you? Who the hell cares? What do a few years mean? And did you ever think that maybe we argue because we’re both passionate?”

“I don’t care. I can’t. I can’t do this.”
A bolt of lightning split the dark sky, and for that moment I saw Abby’s face clearly. Pain and panic were etched there, and involuntarily I stumbled back. I couldn’t push her, that much was apparent, but neither was I going to let her get away with stupid excuses. I’d never known this chick to back down from a challenge, not when it was tossed right in front of her.

“Are you scared, Donavan? Is that it?”

I expected a flair of temper or even a sneer. Instead, she lifted her gaze to mine and answered in a voice filled with anguish. 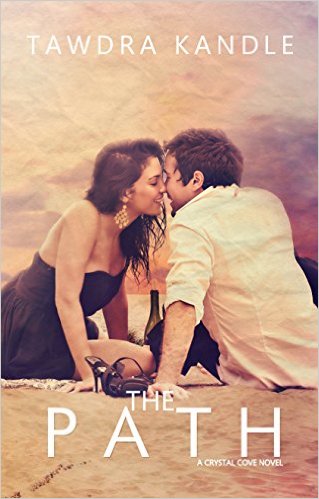 Abby Donavan came to the small beach community of Crystal Cove to start over. After a painful affair broke her heart and derailed her burgeoning career, taking over management for the just-opened bed-and-breakfast was the safe choice. In this sleepy town, Abby figured she could bury her memories and forget the pain.

When the chance to have her own hotel falls into her lap, though, she can’t resist the temptation. Making the old Riverside Inn into the showplace she’s always dreamed of running offers the second chance she never expected.

Abby didn’t expect another kind of second chance to land on her doorstep at the same time. Ryland Kent wants to help her bring the Riverside back to life, and his passion for restoration is irresistible. But as much as she wants to ignore it, she can’t help seeing another spark in his eyes . . . one that offers to reignite her own flame.

Sometimes the path to a happily-ever-after is anything but smooth.

Always For You by Tawdra Kandle