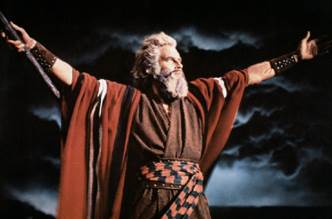 In a cinematic event that the entire family can enjoy together, the legendary widescreen epic THE TEN COMMANDMENTS returns to theaters for two days ONLY on March 20 and March 23, providing a rare opportunity to see one of the highest-grossing and most popular movies of all time on the big screen. 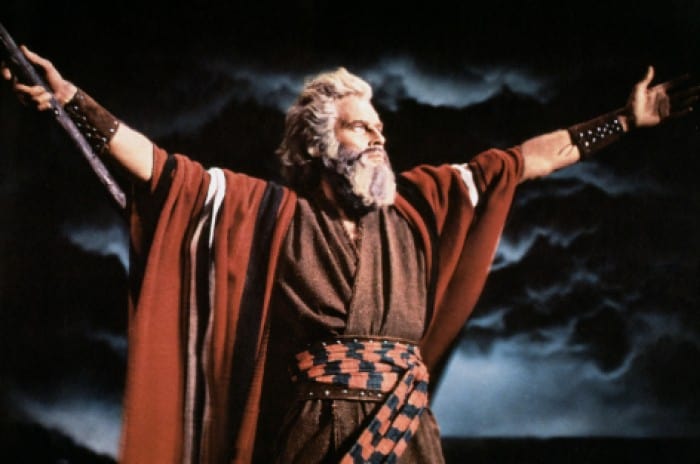 For four showings only, at 2 p.m. and 7 p.m. each day, Fathom Events and Turner Classic Movies present this monumental production in more than 650 theaters around the country.  If the only way you’ve ever seen THE TEN COMMANDMENTS is on television, you haven’t truly experienced the spectacle of this masterpiece, which is celebrating its 60th anniversary this year.  Plus, in an increasing rarity, the film is rated G, meaning it’s a cinematic event for all ages.

You can see where the showings are being held and purchase tickets too. Just go to this site: Fanthom Events.

Returns to Select Cinemas for Two Days Only

DENVER (March 2, 2016) — Sixty years after its initial release, THE TEN COMMANDMENTS remains one of the highest-grossing and most popular titles of all time, and on Sunday, March 20, and Wednesday, March 23, Fathom Events and Turner Classic Movies (TCM) offer a rare chance to see the monumental epic on the big screen.

For four screenings only – two each day – the TCM Big Screen Classics series presents this fully restored Vista Vision production, which reveals every vibrant detail of the stunning landscapes, costumes and visual effects, digitally projected in its original 1.78:1 widescreen aspect ratio. This special presentation of THE TEN COMMANDMENTS will play at 2 p.m. and 7 p.m. (local time) each day in more than 650 theaters nationwide.

Filmed in Egypt and the Sinai Peninsula with one of the biggest sets ever constructed for a motion picture, emains a cinematic triumph and perennial fan-favorite. Directed by renowned filmmaker Cecil B. DeMille, THE TEN COMMANDMENTS grossed more than $65 million at the U.S. box office in 1956—equal to more than $1.1 billion today—ranking it below only Gone With the Wind, Star Wars, The Sound of Music, E.T. the Extra-Terrestrial and Titanicon the list of highest-grossing titles. In its initial release, this  movie played in many theaters around the country for more than a year.

THE TEN COMMANDMENTS tells the epic story of the life of Moses (Charlton Heston), once favored in the household of the Pharaoh (Yul Brynner), who turns his back on a privileged life to lead his people to freedom.

TCM host Ben Mankiewicz will present all-new commentary for the movie both before and after the feature.

Tickets to TCM Big Screen Classics: THE TEN COMMANDMENTS can be purchased online from Fathom Events.

Find out more below:

The Call of the Wild Opens in theaters February 21 2020

WHY:                    Fathom Events and TCM present the biggest-ever, year-long TCM Big Screen Classics series, which brings the classics back into theaters – presented in the original aspect ratio with digital projection – each month throughout 2016. In February, just in time for Easter, the widescreen Cecil B. DeMille epic The Ten Commandments offers a stunning cinematic spectacle like no other before or since, combining some of the biggest sets ever created with spectacular Technicolor cinematography and visual effects that remain stunning even in the CG-age. It’s an epic event suitable for the entire family.