Common Warehouse Accidents and How to Prevent Them

When computers were just invented, no one would’ve guessed that anyone could ever make a professional career out of it. Fast forward to the 2010s and suddenly, we see the emergence of new-age gamers streaming their games, publishing gameplays on Youtube, and even participating in e-sports competitions. More so, gamers can even find a laptop for gaming and work from reputable brands now. To say that times have changed would be an understatement. Professional gaming is the latest new career path to hit the workforce — and it’s incredible.

But let’s address the elephant in the room now: How much money can one actually earn from playing games professionally? We wish we could give you a straightforward answer but the truth is, it’s heavily dependent on a variety of factors. Ranging from a couple of thousands to millions of dollars annually, a professional gamer’s value relies on:

And so on and so forth. Before competitive gaming truly became mainstream, the only reason why anyone ever gamed was because of the passion for the game. Monetizing one’s game streak was never a topic of conversation.

1.   Where to Begin Earning Gaming Money?

With all that being said, where exactly can we earn money from gaming? Well, there are several methods to go about it.

This is a no brainer because if you’re a pro-gamer part of a professional e-sports team, chances are you’ll be participating in many e-sports competitions throughout the seasons and everyone shares the same goal — victory.

First place prize winnings can easily amount to hundreds of thousands of dollars, with major league tournaments boasting in the millions. The amount might seem slightly absurd initially but keep in mind, e-sports teams can have many members comprising it. Thus, this prize money would have to be fairly split among all the participating members.

Just like regular sports, e-sports comes with sponsorships. These sponsors tend to fall under categories like energy drinks or electronic manufacturers or game developers. Some of the most popular sponsors you might have heard of are Mountain Dew or G Fuel or even big gaming corporations like EA. Once again, these sponsorships can cost hundreds of thousands of dollars.

With the advent of online streaming services and the decline of traditional media, streaming sites such as Twitch have gained popularity exponentially over recent years with many big, online personalities even adapting their content over to live streams to capitalize on this fast-growing medium.

Viewers can choose to pay a monthly subscription fee to support their favorite streamers. In return, they receive special perks like exclusive emotes and chatboxes, and of course, bragging rights. This way, it’s not surprising to see how streamers can earn a decent, liveable income from mainly streaming.

Finally, just like any other business, e-sports teams are usually formed through employing players. This means that members will receive salaries just like any other regular employee. Their income typically ranges between $1000 to $5000 per month, although the most skilled player will inadvertently earn the most money. 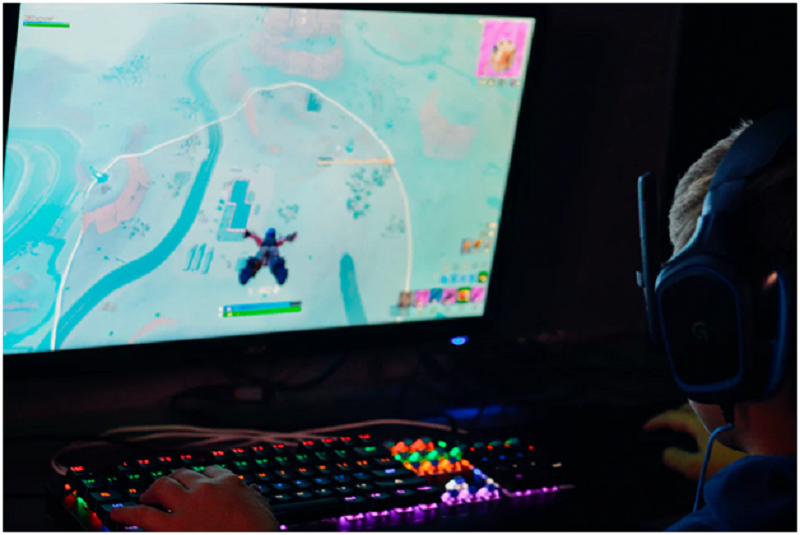 Although becoming a professional gamer might seem extremely lucrative and straightforward at this point, think again. If becoming a professional gamer was that simple, everyone would be one right now — but that’s not the case. Only the most skilled gamers can actually claim to go pro. Clocking in an average daily of 12 to 18 hours which eventually accumulates thousands of hours online is considered to be the bare minimum alone.

Moreover, you need to account for developing technical gaming skills and tactics to use against opponents in competitive play because every gamer knows, playing against AI versus real people are two entirely different ball games. I don’t think I need to point out which one is the more challenging bunch. Thus, it makes it even more imperative that you establish online connections with other gamers within the community to both help hone your skills and also expand your network. This can be done through basically talking in-game with fellow gamers or building an online following by uploading gameplays on Youtube or streaming on Twitch.

Lastly, if you’re solely interested in e-sports for the money, forget about it. Not every professional gamer is showering in money and indulging in decadent, lavish lifestyles. More often than not, they’re probably just regular people, like you and me.

Nonetheless, the application process for pro-gaming is slightly different than traditional employment. Most of the time, it’s a game of luck (no pun intended) where you become exceptional at a game and hope a professional team notices you and invites you into their ensemble.

In order to ascertain whether this career path is suitable for you, we recommend that you talk to current professional gamers and seek their perspective and advice. Since it’s a potential career prospect, treat it like any other standard profession and weigh the pros and cons carefully. While passion, determination, and dedication are important in any job, it’s particularly important in gaming because it’s your love for gaming that’ll motivate and sustain you throughout.

If you fail to stay rooted in your passion for gaming, not only will you experience burnout but your mental health might take a downturn too. This is because e-sports doesn’t guarantee a stable income. It isn’t a nine-to-five office job.

Income is rather intermittent and irregular, fluctuating monthly depending on your tournament activities or the success of your gameplay uploads. Sometimes, quantity also doesn’t equate to more. The Youtube algorithm is very volatile and random. Honestly, it’s heavily reliant on luck and whether the algorithm favors your videos that month. 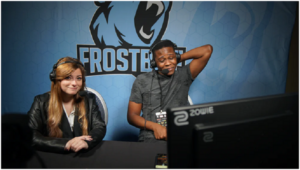 Lastly, the sedentary lifestyle never did anybody good. Sitting in one position for hours on end during gaming marathons can definitely harm your back. Furthermore, gamers don’t usually have the motivation to cook well-balanced, home-cooked meals but would rather opt for instant options like fast food or cup noodles which posits their health at a greater disadvantage. Thus, professional gamers should take additional effort to care for their physical wellbeing.

Even though this article was focused primarily on the perks and quirks of being pro-gamers, this is not an entirely comprehensive guide on what the e-sports industry truly has to offer.

If you realize that competitive gaming isn’t really your thing after all but are still very much interested and invested in establishing a career in the industry, there are many more occupations out there waiting to be fulfilled. Social media managers, journalists, sales and marketing specialists, or even a referee are all completely viable job routes to consider.

Perhaps the most unique quality about e-sports and the gaming industry as a whole is that they’re sunrise industries with so much potential to fulfill, especially since technology will never stop advancing.

Tags
Is it worth getting go pro

Things to do for a Hassle-Free Divorce

Common Warehouse Accidents and How to Prevent Them