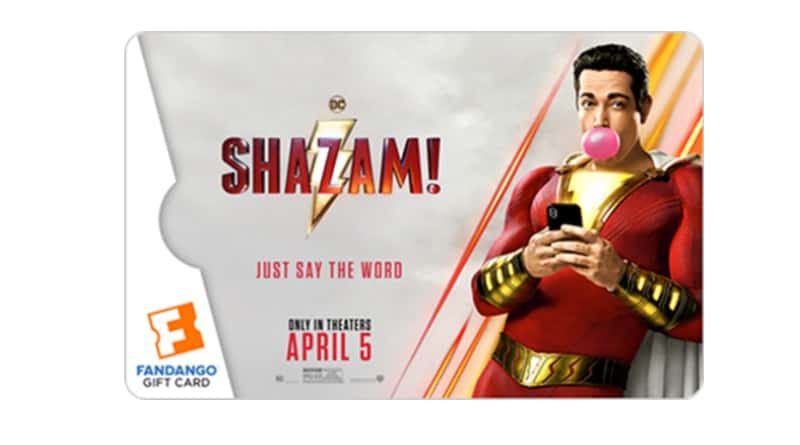 How to Build a Pool: Your Simple Guide to Endless Family Fun This Summer

18 Shares
Tweet
Share17
Pin1
Share
Share
VIDEO: Exclusive New “Shazam!” Clip in Advance of Fandango’s Early Access Screenings
Tomorrow, March 23
Fans and Fandango VIP Members Can Enjoy “Shazam!” Tomorrow at More than 1,200 Theaters Nationwide – Two Weeks in Advance of The Film’s April 5 Release Date
LOS ANGELES – March 22, 2019 – Fandango, the leading digital network for all things movies, has teamed up with Warner Bros. Pictures to offer exclusive advance screenings this Saturday, March 23, of “Shazam!,” the newest DC Superhero to hit the big screen and one of the most highly anticipated movies of the season.
In an exclusive clip from “Shazam!” Star Zachary Levi explains how a wizard transformed him into a superhero.
Fans can also enjoy a special shout-out from the film’s star, Zachary Levi, about Fandango’s early access screenings here, and purchase a special “Shazam!” Fandango gift card here.
According to a Fandango survey of more than 1,000 “Shazam!” ticket-buyers:

“Fans can’t wait to see Zachary Levi’s portrayal of DC Comics’ superhero, Shazam, especially because Levi has been such a champion of fandom and comic book movies over the years,” says Fandango Managing Editor Erik Davis. “‘Shazam!’ is big, goofy, lovable fun for the family, and early positive reactions point to another hit for DC. We’re super excited that Fandango VIP fans can see the film two weeks before it officially hits theaters.”

Nearly two weeks before the film’s April 5 release date, fans and members of Fandango VIP, Fandango’s free-to-join rewards program, can get a first look at the film in screenings taking place tomorrow at approximately 1,200 select theaters and 40 exhibition circuits nationwide.
For every movie ticket purchased on Fandango, Fandango VIP members also receive 125 Points. Once members reach 500 Points, they will receive a five-dollar reward redeemable for more movies – either for future movie-ticket purchases or for digital-movie purchases and rentals on FandangoNOW. In addition to earning points on Fandango, Fandango VIP members can also link their other theater rewards cards, including AMC Stubs, Cinemark Connections, Regal Crown Club and others, for even more benefits.
About “Shazam!”
We all have a superhero inside us, it just takes a bit of magic to bring it out.  In Billy Batson’s case, by shouting out one word—SHAZAM!—this streetwise 14-year-old foster kid can turn into the adult Super Hero Shazam, courtesy of an ancient wizard.  Still a kid at heart—inside a ripped, godlike body—Shazam revels in this adult version of himself by doing what any teen would do with superpowers: have fun with them!  With the help of superhero enthusiast friend Freddy, Shazam sets out to test the limits of his abilities with the joyful recklessness of the child he is inside.  But he’ll need to master them quickly to fight the deadly forces of evil controlled by Dr. Thaddeus Sivana, who’s got his eye on Shazam’s powers and wants them for himself.
David F. Sandberg directed the origin story that stars Zachary Levi as the titular DC Super Hero, along with Mark Strong in the role of Super-Villain Dr. Thaddeus Sivana, and Asher Angel as Billy Batson.  Peter Safran produced the film, which also stars Jack Dylan Grazer and Oscar nominee Djimon Hounsou.  Firmly set in the DC universe but with its own distinctly fun, family-centric tone, the screenplay is by Henry Gayden, story by Gayden and Darren Lemke, based on characters from DC.  Shazam was created by Bill Parker and C.C. Beck.  Jeffrey Chernov, Christopher Godsick, Walter Hamada, Geoff Johns, Adam Schlagman, Richard Brener, Dave Neustadter, Dany Garcia, Hiram Garcia, and Dwayne Johnson served as executive producers.
A New Line Cinema presentation, “SHAZAM!” will be distributed worldwide in 2D and 3D in theatres and IMAX by Warner Bros. Pictures.  The film has been rated PG-13 for intense sequences of action, language, and suggestive material. www.ShazamMovie.com
About Fandango
Fandango is the ultimate digital network for all things movies, serving more than 60 million unique visitors per month, according to comScore, with best-in-class movie information, ticketing to 30,000 U.S. screens, trailers and original video, home entertainment and fan merchandise. Its portfolio features leading online ticketers Fandango, MovieTickets.com, and Flixster; world-renown movie review site Rotten Tomatoes; and Movieclips, the #1 movie trailers and content channel on YouTube. Fandango’s movie discovery and ticketing innovations can also be found on mobile, social, AI and voice platforms from Apple, Facebook, Google, Amazon, and others.  Fandango’s video-on-demand service, FandangoNOW offers new release and catalog movies and next-day TV shows to more than 200 million connected, over-the-top (OTT) and mobile devices, while Fandango FanShop curates unique and exclusive fan gear and collectibles.  In Latin America, the company operates leading online tickets Ingresso.com and Fandango Latin America.
18 Shares
Tweet
Share17
Pin1
Share
Share

How to Build a Pool: Your Simple Guide to Endless Family Fun This Summer