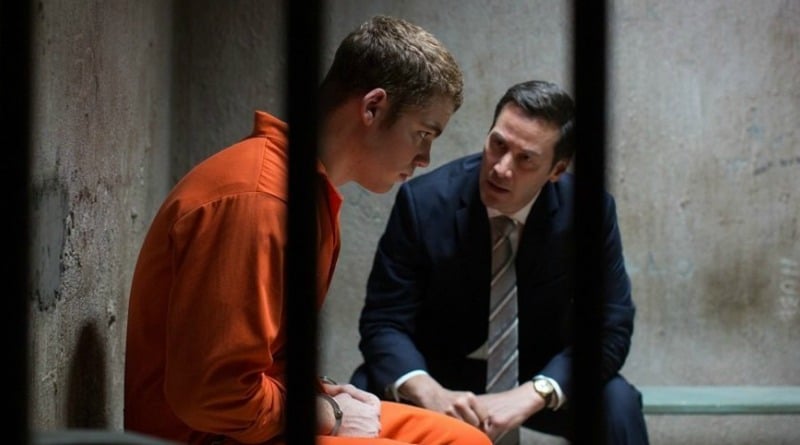 This movie was very enjoyable to watch. The story starts out showing the Lassiter family dynamic.  This kinda sets the tone of the whole movie.  Renee Zellweger plays Mrs. Lassiter, Jim Belushi plays Mr. Lassiter.  Renee plays somewhat the doting wife, trying to please her hard-nosed, uncaring husband.  Their 17-year-old seems to have had enough after a trip to scout colleges on his Dad’s private jet.

This is where things get interesting.  Mike admits to killing his father but after doing so will no longer talk which makes it really hard on his attorney played by Keanu Reeves.  Since I do not like to spoil movies I won’t go into anything more except you will definitely want to watch this movie!

Witness the tense legal thriller The Whole Truth when it arrives on Blu-ray (plus Digital HD), DVD and Digital HD January 17 from Lionsgate. Keanu Reeves stars as a defense attorney trying to clear a teen in the brutal stabbing of his father. Rounding out the acclaimed cast are Renée Zellweger, Gugu Mbatha-Raw, Gabriel Basso, and Jim Belushi. The Whole Truth Blu-ray and DVD will be available for the suggested retail price of $24.99 and $19.98respectively.

Defense attorney Richard Ramsey (Keanu Reeves) takes on a personal case when he swears to his widowed friend, Loretta Lassiter (Renée Zellweger), that he will keep her son Mike (Gabriel Basso) out of prison. Charged with murdering his father, Mike initially confesses to the crime. But as the trial proceeds, chilling evidence about the kind of man that Boone Lassiter (Jim Belushi) really was comes to light. While Ramsay uses the evidence to get his client acquitted, his new colleague Janelle (Gugu Mbatha-Raw) tries to dig deeper – and begins to realize that the whole truth is something she alone can uncover.

5 Reasons Why Captain Marvel is Better than Super Woman: Coming to Blu-ray 6.11

Rating: R for language and some violence including a sexual assault