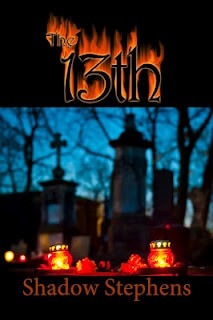 The sun sent a soft stream of light through a gap in the closed curtains, and Jade Hansen rubbed her eyes and stared into her dark room. She had just gotten back into town after a much needed hiatus. Today was the day she would put the past behind her.

She tucked her long, red, hair behind her ears and stood, her feet hitting the cool wood floor.  She smiled and stretched. Fall was in the air.

She opened the curtains and looked out across the bay. Fishermen were already at it. Their nets were cast, pots laid, and riggings rocked back and forth with the motion of the waves.

The house she inherited after her parent’s death sat atop a bluff on the edge of town. The land had been in to her family since the 1600’s. Now following the untimely death of her parents, the house was hers.

Curling her toes and stretching again, she turned toward the bathroom. This would be a labor-intensive day for her. She knotted her hair on top of her head, threw on some makeup, and grabbed jeans and a hoodie.

Jade left her car in the driveway. The walk into town wasn’t that far and the fresh air would do her good. The tight knit community of Strega Bluff was as small as towns come. It would take her no more than ten minutes to reach the building she had purchased. Instead of walking down the long stretch of driveway she cut across the lawn, and down the hill.

Hitting the edge of town, she rounded the corner. Her shoes clapped against the wood planked sidewalk on Main Street. Very first thing she needed was a cup of coffee and the shop was conveniently right next door to hers.

“Jade, nice to see you back,” said a smiling Mr. Humphries. He’d owned the quaint little shop as long as Jade could remember.

“Thanks Ben, can I get the usual?”

The middle-aged man turned his back to her and got busy making her favorite cappuccino. His grey, tightly curled hair was cut close to his head. The white and silver spots brought out the color of his dark skin. He turned and wiped his hands on his apron and Jade stretched out her hand with money.

“Hey, we’re neighbors now. Maybe you’ll trade me for some of those expensive aroma candles you make.”

“It’s a deal.” Jade gave him a bright smile as she turned to go.

She took two steps out the door of the coffee shop and stuck the key in the door to her new shop. The front was all glass, which was perfect for letting the tourist see inside. With a creak and whine the door swung open and she was hit by a blast of chilly air, causing her to shiver. She reached and turned the heater on. The smell of warm dust came up through the vents.

She turned on all the lights and flipped her keys around her finger, smiling.

Walking to the back, she began to drag out boxes filled with candles. Some of them she had made herself, others were imported, but all had a specific healing purpose.

She carried a large box to the front of the store and placed it on the counter. Grabbing the bottle of glass cleaner and some newspapers she sprayed the front windows heavily. Before she had returned to Strega Bluff she had asked her best friend, Asher, to build some shelves that could sit in front of the slatted floor to ceiling glass. Jade took a moment to admire his work. The shelves had brooms carved into the sides. They were quite beautiful. As she turned to spray the glass on the door she heard the familiar rumble of a car. Jade swung the door open just in time to see it pull up to the curb. Perfectly shined, as always. Asher had owned this GTO since he was sixteen, and it was his baby.

He scooped her up in a tight hug. “Bout time you got back.”

“Thank you so much for building the shelves and counters, you have no idea how much this helps.”

“It gave me an excuse to get out of the garage.”

“You love grease and oil under your nails and you know it,” she teased.

Jade pointed to the boxes. “Each one is labeled; they all have a different kind of candle.”

“Who would have thought, a witch owning a candle store?” Asher grinned from ear to ear.

“Yeah okay, I know it’s a little cliché, but it makes me happy.” Jade playfully hit him.

Jade looked at Asher, his aura was a bluish-purple, which meant that he was calm and wise. There was also a tinge of pink, which told her he cared about her. His black hair brought out the color of his blue eyes. Today his face had a bit of a five o’clock shadow. Asher was always on her mind. She didn’t think she could miss someone that much. Jade knew he was the reason she came back to town.

They had been friends since birth. Their parents were friends and play dates were a daily occurrence. Jade couldn’t remember a day that she hadn’t seen or talked to Asher, until she had left, that is. Sometimes you just need to get away from everything to gain a new perspective and she hoped that she had done just that.