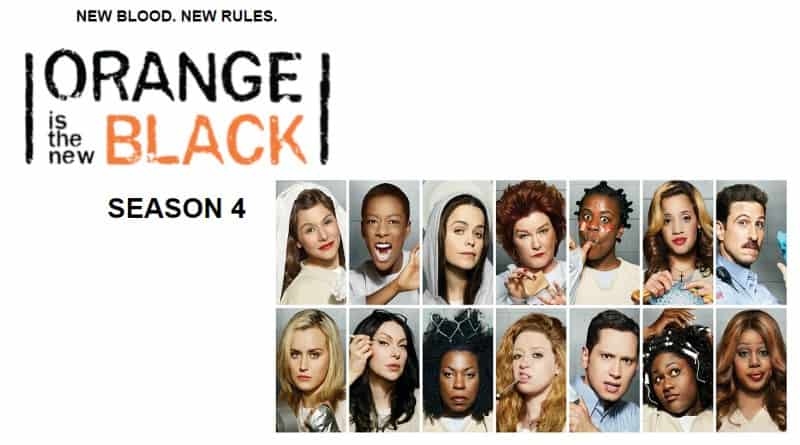 3 Shares
Tweet
Share3
Pin
Share
Share
Disclosure:  I received the series below in order to facilitate my review, all opinions are my own.
My wife and I have heard of the Netflix series “Orange is the New Black”, but we don’t have a Netflix account. When we received  Season 4 on DVD, we were excited! When writing my review, I decided instead of doing a traditional review, I thought I would pick 4 characters I liked most. 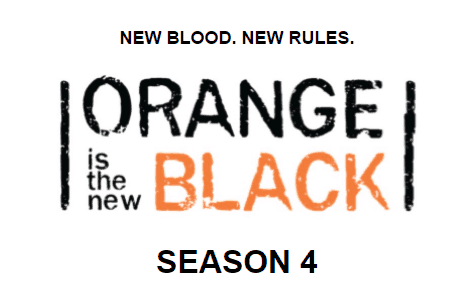 4 characters that I liked from Orange is the New Black

An inmate suffering from paranoia and spouts out conspiracy theories, Lolly’s mannerisms had me laughing and wondering, “where the heck does she come up with these theories?”
Before her incarceration at Litchfield, she worked as a journalist. She wrote articles that she wasn’t assigned, particularly on conspiracy theories about the federal government. Her character is easy to like, and I found myself waiting for what she was going to say when she appeared on the screen.
2.  Suzanne Warren, aka, “Crazy Eyes” (played by Uzo Aduba)
Her character easily gets agitated, gets attached to people quickly. She displays forms of mental illness. One episode goes back to before she was imprisoned, and, one scene, she had a young boy at her home, whom she knew from where she worked. The boy got scared, called 911 and tried to leave. What happens afterward leads you to believe why she went to prison.
3.   Galina Reznikov, aka, Red (played by Kate Mulgrew)
Red is one woman who is feared and respected at Litchfield. She works in the kitchen as head chef, cooking meals for the other inmates. Her character is strong, a no-nonsense woman who no one crosses, yet they come to her for advice. She is motherly, with a warped sense of humor and outlook on life.
4.  Piper Chapman (played by Taylor Schilling)
She at times appears to stay out of other inmates’ business, yet eventually becomes entangled. She ran a prosperous illegal business from inside the prison to the outside, selling previously worn sexy women’s underwear. When she finds out another crew of women was trying to cut in on her business, she rats them out, eventually causing her to be assaulted. She is good friends (former lover) with Alex Vause, played by Laura Prepon (Donna, from that 70’s Show)
I found the first few episodes of Orange is the New Black Season 4 to be mixed with humor and dangerous; as in, how prison life is usually portrayed in movies. Some mild nudity, sex scenes, and violence, if that appeals to you, then I would highly recommend watching this show!

“Orange is a thing unto itself, and based on the brilliant fourth season, it’s sturdy enough to hold up for years to come.”

The Critically Acclaimed Cultural Phenomenon Arrives on Blu-rayTM, DVD, and Digital HD May 9 from Lionsgate 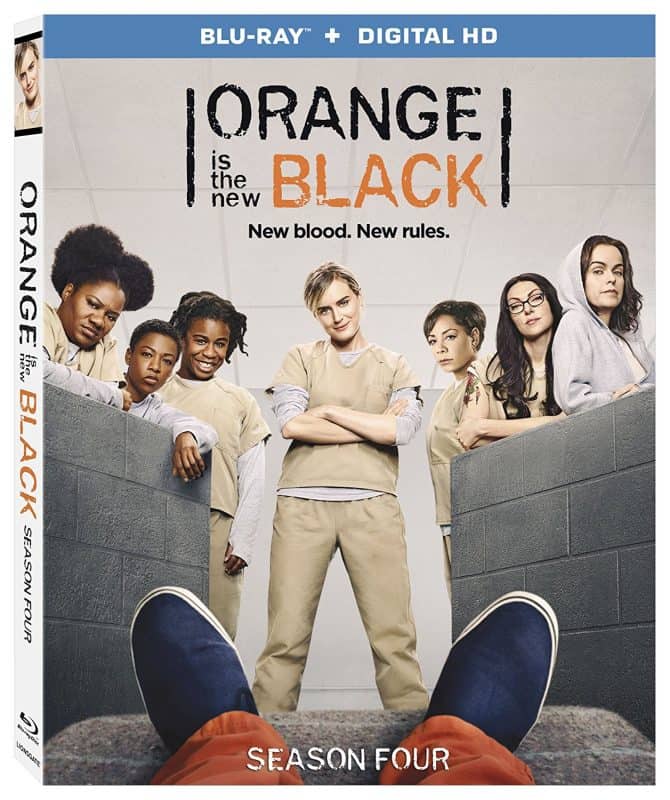 From Jenji Kohan, the creator of Weeds, Orange Is the New Black is a thought-provoking, funny, and evocative show about life in a women’s prison. Based on the best-selling memoir by Piper Kerman, the newest season of Orange Is the New Black delves into the racial and economic tensions that run rampant in the halls of Litchfield. Overrun with new inmates and overseen by inexperienced guards, the prison undergoes an unprecedented culture war.

Timed to the series’ Season 5 premiere, the Orange is the New Black: Season 4 Blu-ray, DVD, and Digital HD release includes all 13 episodes, as well as exclusive bonus material that fans can’t find anywhere else, such as a featurette that takes viewers around the set of Litchfield Prison, a gag reel, and selected episode commentary from cast and crew. The Orange is the New Black:  Season 4 three-disc Blu-ray(plus Digital HD) and four-disc DVD will be available for the suggested retail price of $34.97 and $34.98, respectively.