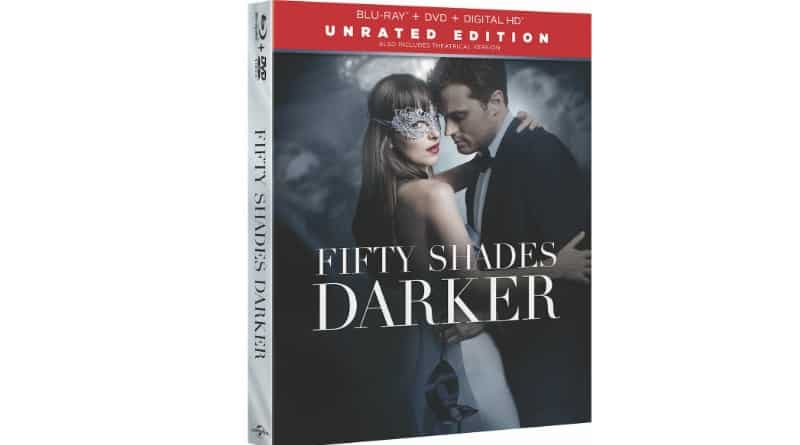 Disclosure:  I received the series below in order to facilitate my review, all opinions are my own.

Wait till the kids are asleep and pour yourself a big glass of wine. Then enjoy this kinky love story of passion and testing the limits, in and out of the bedroom.

Fifty Shades Darker picks up right where 50 Shades of Grey left off. With Anna standing in the elevator, leaving us all hanging! 50 Shades Darker keeps you on your toes the entire time, making you want more and more of Mr.Grey.

Follow Anna and she discovers Greys past, maybe meet a few old sub-missives. I don’t want to give away all the juices details BUT trust me when I tell you it’s definitely juicy!

Watch to see if Christian and Anna can overcome their differences and make it work for the sake of love. I’m rooting for then from my couch with my wine! ( you’ll be rooting too).

Run out grab and copy and treat yourself this Mother’s Day! Who doesn’t like a little kinky? Whether we want to admit it or not.. 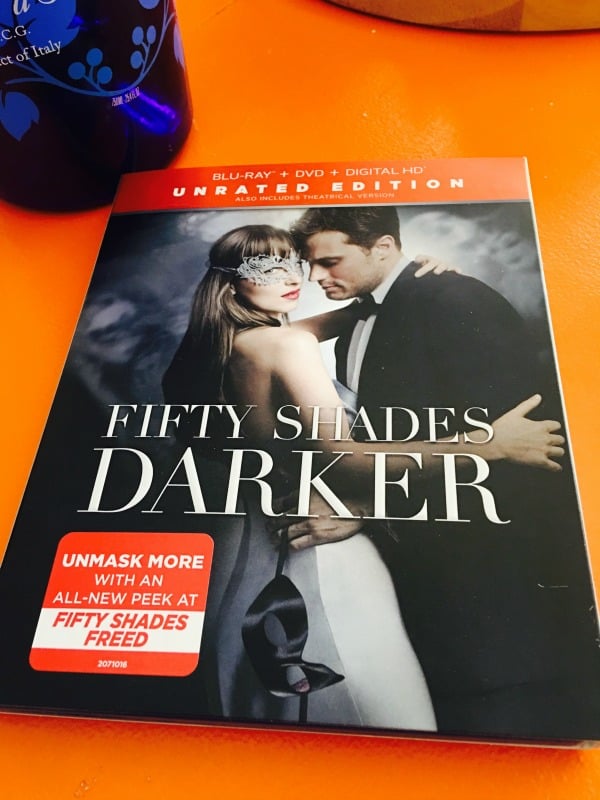 Go deeper into the worldwide phenomenon of FIFTY SHADES DARKER when it arrives on Digital HD April 25 and on 4K Ultra HD, Blu-ray™ and DVD on May 9 from Universal Pictures Home Entertainment. The FIFTY SHADES DARKER UNRATED EDITION comes equipped with over 30 minutes of never-before-seen bonus content, deleted scenes and features an exclusive sneak peek of the upcoming release of Fifty Shades Freed.

Check out a new clip from the bonus feature “Intimate with Darker,” featuring Jamie Dornan and Dakota Johnson:

Universal City, California, March 20, 2017 – The countdown begins for one of the most highly anticipated home entertainment debuts of the year. In 50 days, Universal Pictures Home Entertainment will unleash Fifty Shades Darker Unrated Edition, plunging fans even deeper into the mesmerizing, hidden world of Christian Grey and Anastasia Steele, as the year’s hottest romance comes home on Digital HD on April 25, 2017 and on 4K Ultra HD, Blu-ray™, DVD and On Demand, on May 9, 2017. The global film phenomenon sparked by E.L. James’ best-selling book trilogy returns with the second chapter of the darkly alluring tale that captivated the world. Fans can now stay in and have the ultimate at-home movie night with Fifty Shades Darker Unrated Edition, and this time, there are no rules and no secrets.

When a wounded Christian Grey (Jamie Dornan, “The Fall,” Anthropoid) tries to entice a cautious Anastasia Steele
(Dakota Johnson, How to Be Single, Black Mass) back into his life, she demands a new arrangement before she will give him another chance. As the two begin to build trust and find stability, shadowy figures from Christian’s past start to circle the couple. Jack Hyde (Eric Johnson, “The Knick,” “Smallville”) and Elena Lincoln (Kim Basinger, L.A. Confidential, 9 ½ Weeks) intensify the story, determined to destroy the couple’s hopes for a future together.

In addition to both the original theatrical version and a steamy new unrated version with over 13 minutes of footage not seen in theaters, Fifty Shades Darker Unrated Edition on 4K Ultra HD, Blu-ray™, DVD and Digital HD comes with more than 30 minutes of never-before-seen bonus content, including cast interviews, behind-the-scenes features, and a peek at what lies ahead in the upcoming Fifty Shades Freed! 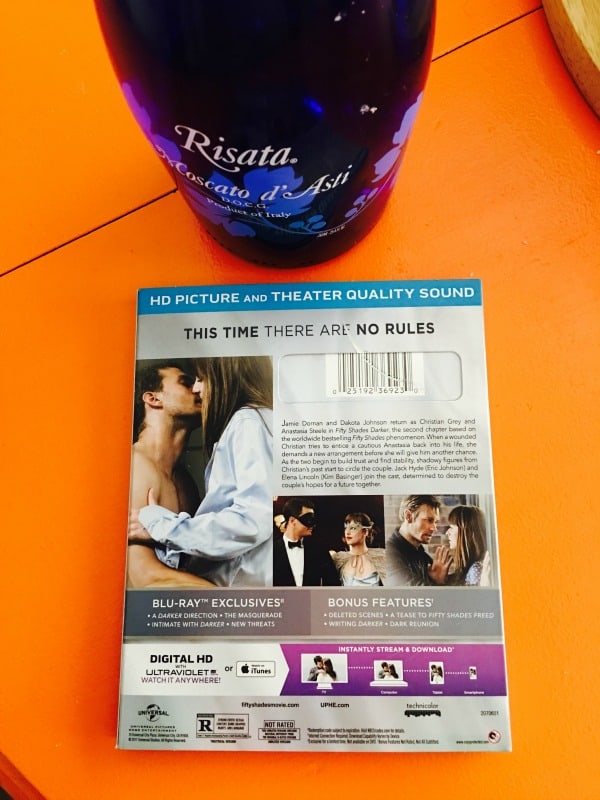 BONUS FEATURES on BLU-RAY™ and DVD:
The film will be available on 4K Ultra HD in a combo pack which includes Ultra HD Blu-rayTM, Blu-ray™ and Digital HD. The 4K Ultra HDcombo pack will include all bonus features on the Blu-ray™disc.
Purchase on Amazon (this is an affiliate link)
Website|Facebook|Twitter|Instagram
Hashtag: #FiftyShadesDarker
Disclosure: Some of the links in this post are 'affiliate links.' This means if you click on the link and purchase the item, I will receive an affiliate commission.
2 Shares
Tweet
Share1
Pin1
Share
Share

How Can Trichotillomania Be Treated?