In 2020, technology has changed our lives to a degree no one could have imagined a few decades ago. Each year, new concepts are being implemented successfully. A stat by Statista says that between the years 2014 and 2019, consumers spend a total of $3,360 billion on tech and tech-related products. No other industry on the planet is growing such a massive rate. This is why the tech industry is one of the safest to invest your hard-earned money in. This post is intended to share with you 5 tech trends in 2020.

1) Artificial Intelligence as a Service (AIAAS)

As a tech enthusiast, you must already be quite aware of how Artificial Intelligence is expected to change our lives in the near future. Traditional jobs are already beginning to get replaced by AI-based robots. Even Amazon, the world’s largest eCommerce company is planning to make its logistics process entirely AI-based. It won’t be too long that they will start delivering packages using drones. 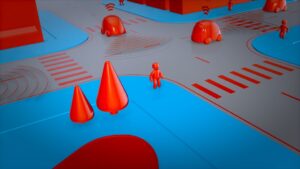 Researchers are working hard to come up with cars that will be able to drive on their own. Car manufacturers like BMW and Tesla have already launched some beta versions of their Autonomous driving cars. It’s about time they will hit the road and eliminate the need for a driver.

Extended Reality is a new technology used by product designers to create interactive 3D models. It is also expected to be used extensively in the creation of video games as it allows you to create a fake world that looks as real as the one we live in. With Extended Reality (XR), humans will be able to integrate parts of the imaginary world with the real world.

5G is the latest generation of wireless carrier networks. The journey from 2G to 5G has taken telecom companies for more than three decades. Things are expected to speed up in 2020 and beyond. With each version, users have been able to connect to the internet and make calls in a faster and clearer way. 5G has already been launched in many parts of the world. It is even faster than 4G; also more dependable.

Sooner, your doctor won’t prescribe you a one-size-fits-all medicine. Pharma companies are working on a new concept called precision medicine. As the name suggests, your doctor will now be able to prescribe you a drug composition based on your health status, weight, height, ethnicity, and many other factors that are unique to you. Even people of the same race or ethnicities but living in a different country need a personalized medication to get well sooner.

The role of technology is changing day by day. Gone are days when researches used technology only to create products that increased comfort to the customers. Electronics and software are used in almost every industry now. From defense to the medical industry, all want better and safer ways to navigate problems.

Types and Dosage: What Is the Right Way to Take Kratom?