Unlocking the Addicted Mind: Drug Effects on the Brain

Often, the culture in a particular country is determined by the History and Geography of the region. Some cultures breed ideas like peace, individual liberty, freedom of speech and capitalism. Whereas others are more conservative or socialist. Still, they are a part of the mainstream.

However, there are some little-known cultures that should have perished with the modernization of the world. But they still exist. In this post, I have talked about some weird cultures than can make you cringe.

Here Are the 5 Most Weird Cultures From Around the World

Bride Kidnapping is one of the oldest traditions in the history of mankind. In Central Asian countries like Kyrgyzstan, a man has the right to forcefully marry the girl he likes by abducting or kidnapping her. This tradition was quite unknown until a short documentary film by Vice exposed the story to the world. Bridal kidnapping is considered a crime in almost every country on Earth. 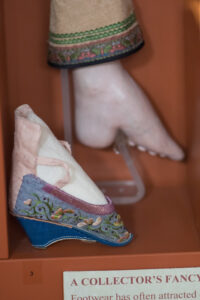 Foot Binding is another weird tradition that does not make any sense to a person living outside this part of the world. Why would someone want to restrict the growth of their foot with the help of bandages? Apparently in China, it is believed that women with small feet are attractive. The Qing dynasty was responsible to spread this false belief across South Asia.

Naga Panchami is a festival celebrated in India and Nepal where Hindus worship venomous snakes like Cobra by offering them milk, sweets, and other delicacies. Cobra is one of the most dangerous snakes in the world. According to a report by WHO, 5.4 million snake bites occur each year. But still, this practice is prevalent without the fear of getting bitten.

Generally, when children lose their teeth, they either throw in a garbage bin or let their aren’t discard them. A tooth contains harmful bacteria. It is not a good idea to keep a broken tooth in your home. This is a general belief. Kids in countries like Brazil, Japan and, Greece have other ideas. Brazilian and Greek kids throw broken teeth on the roof of their childhood home, whereas Japanese children throw them in the dirt.

Steam Data Shows that AMD Vega 8 Has Made the Ranking 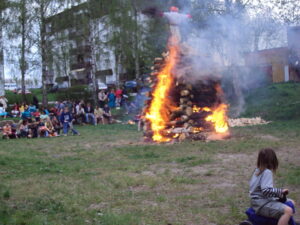 On the last day of the month of April, Czechs celebrate the festival of “Walpurgis Night” by burning items like brooms, out in the open. They believe that the fire keeps witches and evil spirits away. This is why people gather on a mountain top and lit massive bonfires.

Several hundred years ago, this tradition was commonly practiced by farmers as they were worried that the witched would destroy their crops in the middle of the night. To keep them away, they lit massive bonfires and camped outside on days they felt their yields were unsafe.

These are five of the weirdest cultures from across the globe. I am sure there are plenty of people out there practicing unusual customs and traditions. I found the practice of Foot Binding strange and frightening. Let me know your thoughts in the comments below.

Hi, I am Betty Knight, Owner of this site! I am a 'nearing 30-year-old', happily married to 1 awesome man. We live in the beautiful tourist town of Franklin NY.
Social Share
PR Newswire
Amazon Associates Disclosure
Please Note: "As an Amazon Associate, I earn from qualifying purchases."Betty Knight is a participant in the Amazon Services LLC Associates Program, an affiliate advertising program designed to provide a means for sites to earn advertising fees by advertising and linking to amazon.com
Recent Posts
Blog Archives
Other

CBD Oil and Chronic Pain: Does it really help?

Unlocking the Addicted Mind: Drug Effects on the Brain