Do You Know Your Rights? How to Fightback as a Consumer If Something Goes Wrong

Motor vehicle accidents in the US have become a daily occurrence, with around 6 million accidents reported each year. More than 37,000 people die from these accidents annually, with over 2.35 million more people getting severe injuries. In 2018, traffic deaths reached an all-time high estimate of 40,000 people for the third consecutive year.

These car accidents are caused by different factors, with human error topping the list. And, even the most careful drivers often find themselves in such incidents. This means that it’s not necessarily that you caused the accident.

Based on statistics, different states across the country report a different number of road carnage. Also, some accident laws might vary from state to state. Texas is one state that reports a considerable number of accidents every year, and though it has put to place stringent measures to try and curb this menace, car crashes are still on the rise.

Texas has, over the years, been among the top states with the highest number of car accident fatalities. On average, 3,000 people die in road accidents annually, which is around eight persons per day.

The Texas Department of Transportation (TxDOT )reported that since November 7, 2000, approximately one person dies daily on Texas roads. And, virtually 67,000 people have passed away on Texas roadways since then.

Although 3,647 deaths were reported in 2018 alone in Texas, TxDOT indicates that 9 of every 10 accidents were preventable. Most of them occurred due to overspeeding, drug and alcohol influence, inattention, and failure to observe lanes.

Accidents always leave behind damages and losses. To make an insurance claim or pursue a legal case in court, a police accident report is a prerequisite. Getting such a report in Texas is quite easy, as you can access them either in person or online no matter where you are.

If you got involved in an accident in Houston, it will cost you only $6 to obtain the HPD accident report. But you’ll also need to have critical details of the accident including:

The 5 Main Causes of Car Accidents in Texas

As mentioned earlier, human error is one of the biggest causes of traffic accidents, both in Texas and in the entire country. Here are some of these errors, as well as other factors that we should look out for:

A distracted driver is the main threat to other drivers on the roads. Each year more and more motor vehicle collisions, when analyzed, are a result of distracted driving. Some of the distractions include making calls while driving, texting, reading, eating, as well as lack of concentration. 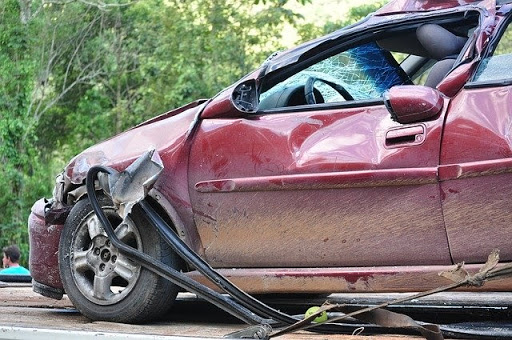 If we are to reduce the number of accidents on our roads, we must be able to avoid most of these distractions. When you are behind the wheel, make sure driving is the only thing you are thinking of. Stop assuming that you can multitask.

There’s nothing more dangerous to the road users than a driver who is under the influence. Whether its alcohol or another “high-causing” drug, these are a significant contributor to annual road accidents. Alcohol and drugs impair one’s judgment and response time, which is a considerable threat while driving.

And, despite the numerous laws and measures put in place to prevent drunk driving, people still do it. People are still oblivious to the danger they pose to fellow road users. If you want to indulge in a glass or two, make sure you arrange for a taxi to take you home. Don’t drink and drive.

Overspeeding is something that a large percentage of drivers have found themselves doing at one time. Whether it’s someone running late for an important meeting, or one that is just tempted to test the strength of their new beast, overspeeding while driving is an everyday menace.

Speeding stands at number two in the list of the leading causes of road accidents in the entire nation. Following the stipulated speed limit on different road sections is a great way to avoid overspeeding and accidents.

Reckless driving is a term that can stand for multiple driving characteristics. For instance, rapid change of lanes with no consideration for other drivers, being aggressive on roads, not observing road signs and warnings are just but a few traits of a reckless driver.

Some of these behaviors can lead to severe accidents that were entirely avoidable. It is vital to be careful while on the road and ensure that you are not endangering the lives of other road users. Being cautious while behind the wheel can significantly reduce unnecessary accidents.

Not all weather conditions are ideal for driving. Some are quite dangerous to drive in. Driving in dense fog, rain, or high winds can be somewhat tight, especially for non-experienced drivers. Since we can’t control the elements while driving, it’s better to take caution when you find yourself driving in unfavorable weather.

Don’t speed when it’s raining as the roads can be quite slippery and the car might lose its grip. When its foggy, visibility is poor, and speeding can also be a dangerous thing to do. Always be extra alert during these weather conditions.

Sometimes we take driving like a normal activity and fail to accord it the necessary level of caution it deserves. We should ensure that every time we get behind that steering wheel, we do everything possible to help prevent those accidents. Although some will still occur, we can significantly reduce their number if we pay attention to the road. Everyone on the streets wants to go back home to their families.

Hempland USA -Learn More About What They Are Offering

Do You Know Your Rights? How to Fightback as a Consumer If Something Goes Wrong