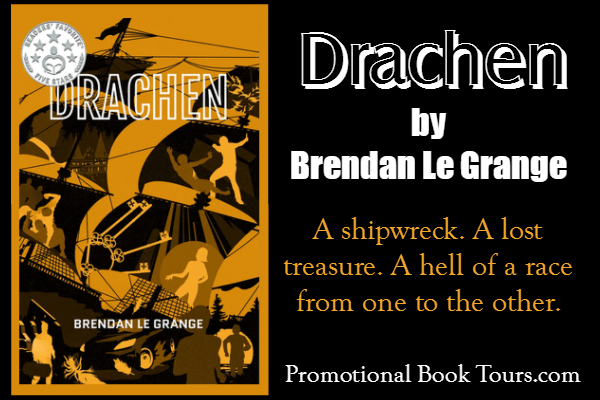 A Marine Treasure-Hunting Thriller. Brett Rivera has spent three years searching for the Drachen, a sunken ship. The day she finds it is the day her life changes: there is no sign of its legendary treasure and now a cold-blooded killer is hunting her…A shipwreck. A lost treasure. A hell of a race from one to the other.

Brendan le Grange was born and educated in South Africa, though he now lives between Manila and Hong Kong with his beautiful wife and daughter.

As a business consultant, he has travelled to forty countries and lived in three. And it is reading binges to break up these transits – with the likes of Clive Cussler and Jack du Brul – that inspired the writer to emerge, bringing to life the cities, characters, and history he encountered.

Le Grange’s debut action thriller, Drachen, is a wild chase through North Europe along the Baltic coast. Based on a reimagined history of the medieval Hanseatic League, a young marine archaeologist discovers evidence of a treasure so valuable, it will test every allegiance.