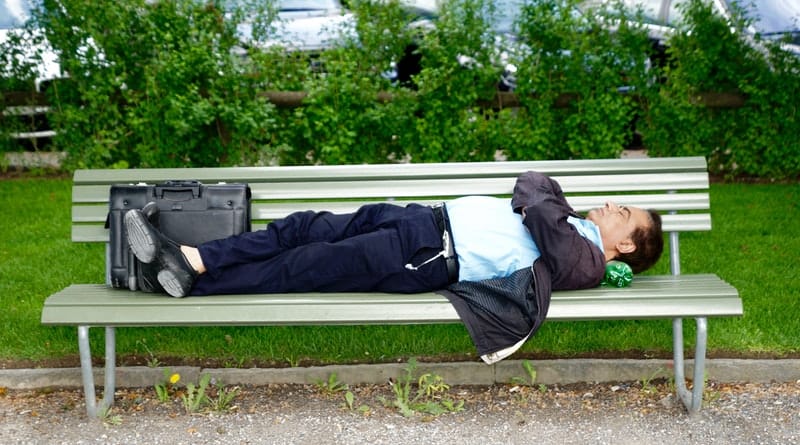 New Year, New Job? Be Careful: You’re Not Home and Dry Yet

Modafinil brings great relief to people suffering from narcolepsy. With the drug, patients can live normal and more productive lives. Narcolepsy is associated with a feeling of extreme sleepiness during the day. People living with this sleep disorder always find themselves falling asleep involuntarily in the middle of daily activities. This disorder has some adverse effects on people living with it. Chief among these effects is that narcoleptic patients are prone to accidents. This is why it is advisable that patients do not get involved in high-risk jobs.

Thanks to Modafinil, people with narcolepsy and other sleep disorders can now live normal lives and engage in normal activities during their waking days. Modafinil is not called a safe smart drug for anything. The drug is highly effective and at the same time devoid of the common adverse effects that are common with other stimulants like sodium oxidate and amphetamine. According to research, narcolepsy affects 1 in every 2000 people. Unfortunately, the condition is usually not diagnosed on time because the major symptom is sleepiness and hey, we all feel sleepy during the day once in a while. One other symptom of narcolepsy is a sudden attack on body movements where sufferers feel a sense of paralysis or hallucination.

A group of people diagnosed with narcolepsy was involved in this study. The study spanned twenty-one centers in the United States. The patients were divided into two groups; Modafinil group and placebo group. Patients in the placebo group were given sugar pills for nine weeks while those in Modafinil group were given 200mg or 400mg each day. In the course of the treatment, patients that were treated with Modafinil discovered that they were able to stay awake for the longer period of time. Those on placebo did not feel any changes in their need to sleep throughout the day. Within the nine weeks’ period, patients on Modafinil felt less sleepy and were able to perform normal everyday chores. Around 60% of patients on 200mg and 400mg of Modafinil were rated to have significantly improved over the course of the study. Another interesting discovery is that Modafinil is safe and well tolerated by the patients. Common adverse effects of the drug were nausea and headaches. It was also discovered that Modafinil has an effect on contraceptives. That is to say, patients who are on oral contraceptives and using Modafinil need to increase their dose of the contraceptive to remain effective.

Based on the studies, Modafinil has been pronounced to be an effective drug for the treatment of narcolepsy with little or no side effects. In addition to this, patients on Modafinil do not require to get a continuous prescription when on the drug. However, patients using amphetamines and other stimulants for the treatment of narcolepsy need to get prescriptions on regular basis from their physician. This is because, unlike Modafinil, amphetamines are highly controlled drugs by the law and they can only be prescribed in limited quantity per time.

After-effect of Modafinil vs. Amphetamine

Apart from being effective, Modafinil also does not show potentials for withdrawal syndrome. Referring to the studies conducted on the drug, administration of the drug was stopped on 80% of the patients to see how their bodies will react to discontinuation. Two weeks after stopping the administration of the drug, the patients reported feeling sleepier than they were when using Modafinil. However, none of them showed withdrawal symptoms like fatigue, sleep changes, sadness, increased appetite, or vivid nightmares. These symptoms are very common with amphetamine and other stimulants in this category. The implication of this is that the drug does not have addictive potentials. This is very crucial in the treatment of narcolepsy and other sleep disorders.

The Verdict on the effectiveness of Modafinil

Perfect Gift Ideas for Luxury on a Budget

According to medical professionals, Modafinil is very effective for the treatment of narcolepsy among many patients without any major adverse effects. It is the ultimate drug for coping with sleep disorder such as apnea, and narcolepsy. It is very effective in improving alertness and wakefulness among people with sleep disorders. This does not mean that every other treatment used for sleep disorders should be abandoned. No, there are still some cases where patients might not respond well to Modafinil and the only alternative will be to use other stimulants.

In summary, Modafinil is an effective treatment option for people living with sleep disorders which is available in many online pharmacy sites like Meds4sure Pharmacy – Cheap Nootropics Modafinil Armodafinil Provigil 200 mg Dosage Pills at cheap prices. As far as narcolepsy is concerned, many cases are yet to be diagnosed. Currently, the sleep disorder affects one in every two thousand individuals. Some of the common symptoms associated with it are a feeling of uncontrollable sleepiness during daytime, hallucination, sudden paralysis attack during sleep or daytime period. Studies have shown that Modafinil is very effective in enhancing wakefulness and alertness in people with narcolepsy, giving them the opportunity to function optimally in their day to day activities. Apart from Modafinil, there are other stimulants that are used in the treatment of narcolepsy and related disorders. One of such stimulants is amphetamines which are not easy to prescribe for longer use due to legal restriction.

On a final note, Modafinil is a prescription drug and as such, you must get the prescription from your physician before you purchase it. There are many people who opt for the purchase of the drug online. However, you have to be very careful when making an online purchase. If you reside in the U.S., ordering the drug without the prescription is an illegal action that can earn the buyer a jail term.

New Year, New Job? Be Careful: You’re Not Home and Dry Yet