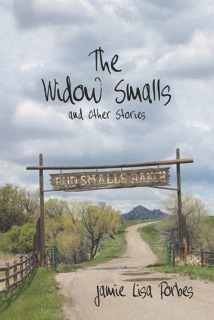 Like Ray for instance. You heard how he tried to cross the Pioneer ditch on the three-wheeler, didn’t ya? That ditch drops straight down ten feet and comes up straight ten feet on the other side. Well Ray musta watched too much of that “Dukes a Hazzard” show, I guess, ’cause he goes buzzing down one bank and as he buzzes up the opposite bank, the thing flips back on top of him and down he slides right into the creek bed. If the game warden hadn’t a come along and extracted him, he’d be there yet. The warden was out hazing the hunters who were out hazing the antelope. And what does he come up with? A three-wheeler in the ditch with its wheels spinning round and Ray under it pawing the air like a beetle flipped on its back. That’s just what I mean about Ray—he don’t anticipate.

But kids with no sense is still better than ranch hands. Oh, you might land a man with some savy all right, but where was he when you needed him?  Parked on a stool at the Cowboy Bar. Haying was the worst, ’cause instead of one or two to contend with, you had fifteen or twenty. A ’course that was in the days when folks still hayed with teams.

I’ve seen ’em all come and go, but I never met any like Lincoln’s nephew. That’s right!  Abe Lincoln’s nephew worked right here, right on this place. Don’t get that smirk like I’m pullin’ your leg! Well, maybe he was a grandnephew or something, since it’d been seventy years or so since Lincoln died.

That feller looked just like Lincoln. He had the same craggy face and long nose and he even parted his hair on the same side. When we first laid eyes on him—my little brother, James, and me—he was crossing the hay meadow. We stopped what we was doing ’cause it looked as if a telephone pole had grown legs. Collar bone on him was high as the crown of Dad’s head. When he dropped his canvas bag at Dad’s feet, we couldn’t stand ourselves no more. James charged right up to him and craned his neck all the way back, though he couldn’t see more than the whiskers on his chin.

I hung back with Dad.

His flannel shirt was sweat-stained and ripped at the elbows and then, his shirttails flapped out over his pants. Dad huffed a little and we checked our own shirts. No excuse for sloppiness in a man, no matter which president he took after.

I knew what the real Lincoln looked like so I thought I was seeing a ghost.  Lincoln, the real one, hung in our schoolhouse. The glass was cracked all the way across his picture, but no doubt he was frowning. Those eyes burrowed into our heads and read all those schemes we cooked up to make the day go by. Maybe a squirrel stuffed down the stove pipe or cow pies in a girl’s seat. Lincoln never took his eyes off of us. Year after year, he kept a frowning and frowning.

And now here he’d showed up with his shirttails hanging out. Dad’s frown didn’t seem to register on him. He pulled a kerchief from his pocket and mopped his brow.  Then he held out his hand.

We gasped. But Dad didn’t have no more reaction than if he’d been any regular feller bringing out the mail. He shook Lincoln’s hand and stepped back.

“I heard you need a little extra help to finish haying.”

Dad glanced back down at them shirttails. “You ever hayed before, Mr. Lincoln?”

Lincoln nodded. “I know you’re thinking I don’t amount to much, but I’ve been up and down this country for quite some time now. I can do any ranch work, except cowboying. I never could stay in the saddle and I’ve given up on it.”

“Up and down this country, you say. Why’s that?”

Lincoln shrugged. “A feller’d like to test himself in the world, I guess.”

Dad’s eyes traveled out across the standing hay, balancing how much we had left to cut against the odds that this Lincoln could so much as heft a pitchfork. The time dripped by while that sun beat down on us hotter and hotter. I wanted to make a bee-line for the creek, and I know James did too, but the suspense kept us glued to the ground, sweating right alongside those men.

“Tuck in that shirt,” Dad said finally. “Then getch’ya a pitchfork and start topping out that stack out there.”

Wouldn’t you know, there was Lincoln scrambling to mash those shirttails down them pants.

It troubled me over the next week or so, trying to splice this Lincoln feller with that picture on the schoolhouse wall. Who was who? Then again, I wasn’t sure I wanted to know. No tellin’ what I’d learn ‘bout either one of ’em if I started poking around.