End-Credit Artists Include Panic! At The Disco, Kacey Musgraves and Weezer

Walt Disney Animation Studios’ upcoming feature film “Frozen 2” features a stunning soundtrack, including original songs from Oscar®- and Grammy®-winning songwriters Kristen Anderson-Lopez and Robert Lopez, original score by Grammy nominee Christophe Beck, and end-credit artists Panic! At The Disco, Kacey Musgraves and Weezer. The “Frozen 2” soundtrack, set for release from Walt Disney Records on Nov. 15, 2019, is now available for digital pre-order, pre-save at Spotify and pre-add at Apple Music (https://disneymusic.co/Frozen2). (affiliate link: The “Frozen 2” vinyl cast songs soundtrack, if you pre-order/purchase from my affiliate link I will receive a small commission but this will not affect your purchase) 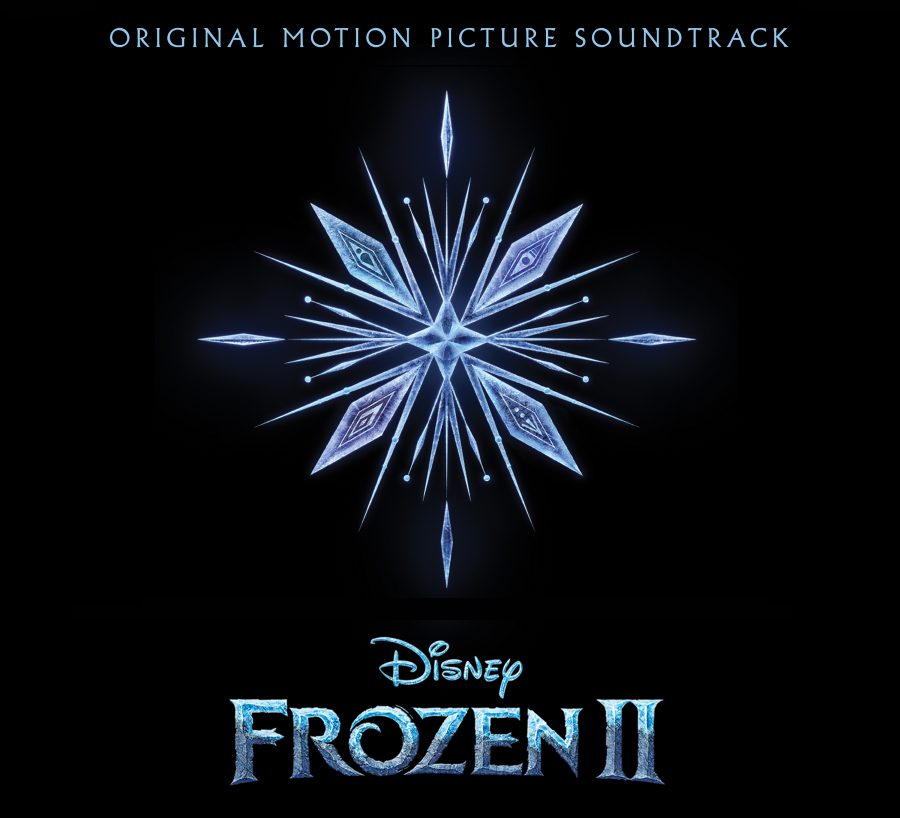 The Academy Award®-winning team behind “Frozen” is back: “Frozen 2” is directed by Chris Buck and Jennifer Lee; Peter Del Vecho produces, and Lee penned the screenplay with story by Lee, Buck, Marc Smith, Anderson-Lopez and Lopez. “The music of the Lopezes and Christophe Beck are part of the DNA of ‘Frozen,’” said Buck. “We couldn’t imagine building ‘Frozen 2’ without them. They bring such a rich, emotional understanding of the world and characters, and through their incredible music we have been able to really deepen and expand the story.”

“The songs and score of ‘Frozen 2’ reflect the growth of the characters and the deepening of their story,” added Lee, who also serves as a chief creative officer at WDAS. “The music is fun but emotional, personal yet powerful, intimate but also epic. Kristen, Bobby and Christophe have definitely outdone themselves and taken the music to brave new heights.”

Seven all-new original songs were written for “Frozen 2.” “From the beginning of our collaboration with Jennifer Lee, Chris Buck and Peter Del Vecho, everything we’ve created has come from big questions—what is the story that we all as artists, individually and collectively, need to tell?” said Anderson-Lopez. “Bobby and I approach the story through the lens of which moments of our story lead to big emotions—feelings so strong our characters can no longer talk but need to sing.”

Added Lopez, “Our tradition of songwriting comes from the world of musical theater, where songs must always forward the story in a fresh and surprising way. Every song has to take a character on a journey.”

MIA AND THE WHITE LION + Review

According to executive music producer Tom MacDougall, who won a Grammy for the “Frozen” soundtrack, the “Frozen 2” soundtrack features a wide range of songs and an eclectic mix of artists performing the end credit versions. “While we can’t wait for the world to hear these songs, we feel like we got a sneak peek of how people will react with how quickly our end credits artists signed on,” he said. “Their excitement for this franchise and these songs is represented in their wildly creative takes on each of their versions.”

Beck, who’s behind the score for “Frozen,” returns to Arendelle for “Frozen 2.” He ensured a cohesive musical thread throughout the film, weaving elements from the original songs into the score. Beck once again utilized traditional Norwegian instruments to showcase the unique setting of the film—“magical, but rooted in real tradition”—as well as the Norwegian female choir Cantus, who was recorded in Norway. According to the composer, the new score reflects the evolution of the characters. “Similar to how Elsa and Anna have grown up since the last film, the new score has also matured and introduces more sophisticated musical concepts and thematic elements,” he said. “The story’s emotional arc is more complex and intense than the first so I wanted the score’s thematic concepts and instrumentation to follow suit. I enjoyed exploring extreme dynamic contrasts, harmonic complexity, intricate textures with vibrant colors, and hugely expressive melodic moments.”

“Frozen 2” is the follow-up to 2013’s “Frozen,” which is the highest-grossing animated film of all time in the worldwide box office. “Frozen” won an Academy Award® for the best animated feature film of the year, and the film’s iconic song, “Let It Go,” with music and lyrics by Kristen Anderson-Lopez and Robert Lopez, also won an Oscar® for best achievement in music written for motion picture, original song.

Why was Elsa born with magical powers? What truths about the past await Elsa as she ventures into the unknown to the enchanted forests and dark seas beyond Arendelle? The answers are calling her but also threatening her kingdom. Together with Anna, Kristoff, Olaf, and Sven, she’ll face a dangerous but remarkable journey. In “Frozen,” Elsa feared her powers were too much for the world. In “Frozen 2,” she must hope they are enough. From the Academy Award®-winning team—directors Jennifer Lee and Chris Buck, producer Peter Del Vecho and songwriters Kristen Anderson-Lopez and Robert Lopez—and featuring the voices of Idina Menzel, Kristen Bell, Jonathan Groff and Josh Gad, Walt Disney Animation Studios’ “Frozen 2” opens in U.S. theaters on Nov. 22, 2019. 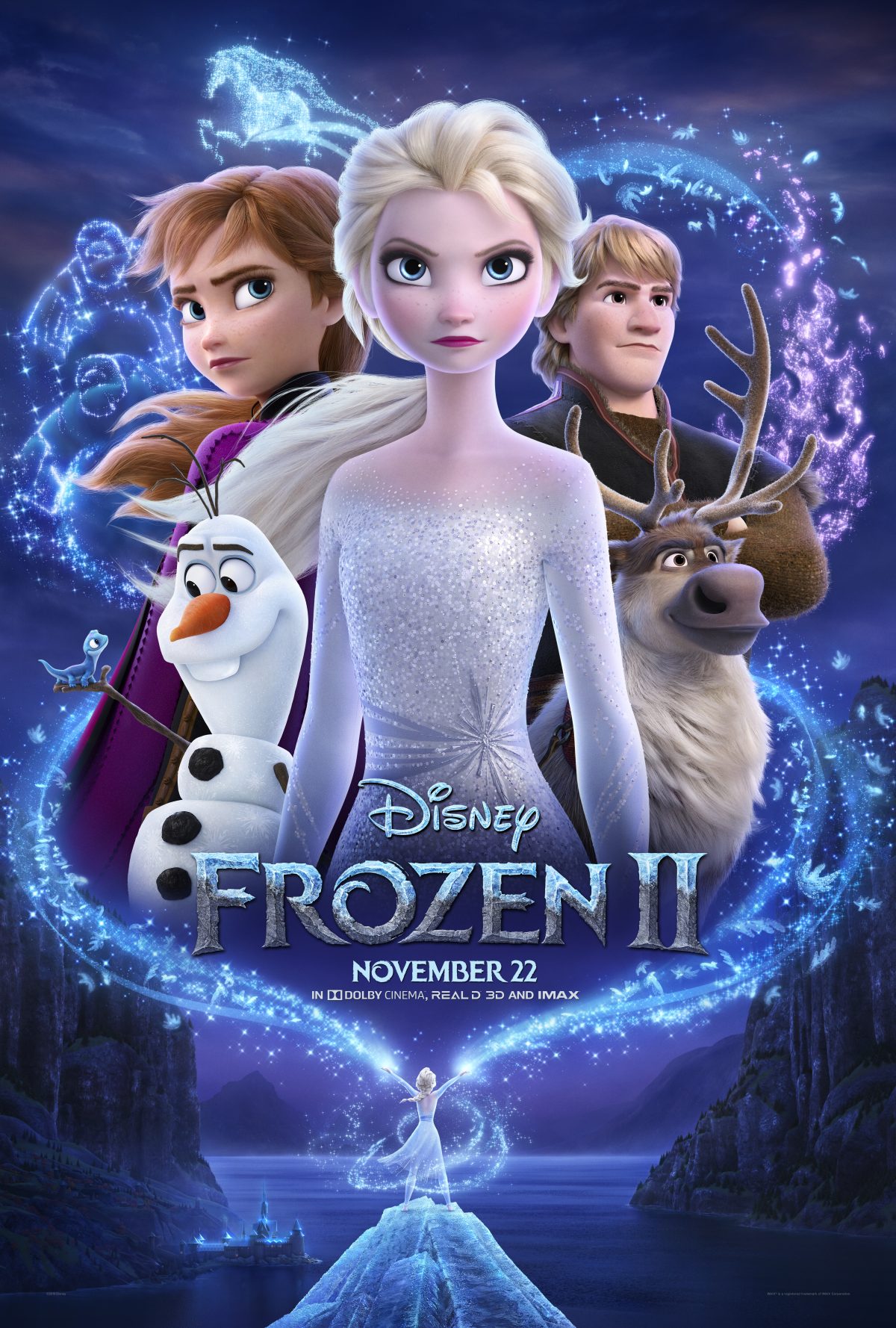