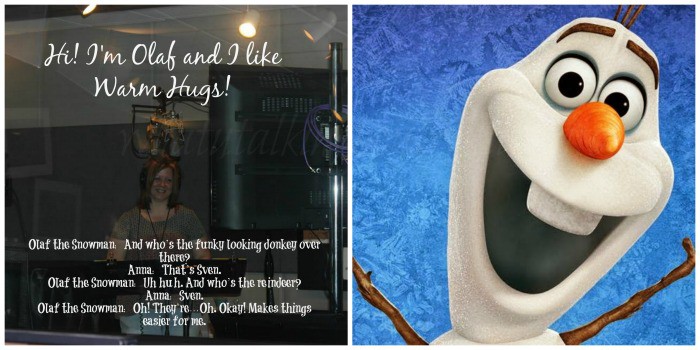 Frozen Voice Over| Behind the Scenes |  And Who’s the Funky Looking Donkey over There?

While I was in LA I had another awesome experience with the 24 other bloggers that were on the trip with me. I have never been in a recording studio, let alone had the chance to do a voice over!  Then it was a voice over for one of the newest, most loved characters of 2013 spilling into 2014, and possibly go truly going down in Disney history!

EDIT ALERT: I received the voice over which is Olaf with my voice. Enjoy!

So onward to why I am writing this; sorry I got off track there. While we were in LA we had to opportunity to do a voice over in same room as many actors/celebrities have done. We learned that sometimes one actor will do his voice over so that it is recorded; or they will be together and do their lines back and forth.

I was so, like, scared when they said we were going to be doing the voice overs. Even though I usually have no issue talking with a group of people. But I decided right there and then, I really no a ‘public’ speaker and the thought of doing it was a bit frightening.

We were able to spend some time in the Frozen Recording Studio with Audio Mixer Gabe Guy! Thank you Tori from TheTVMom.com for having Gabe’s full name! Stop by and you can read her post about her experience.

What I found most interesting was how the voice over is done. You go into the sound proof area/room, you put on the headphones-which are so sound sensitive (I could actually hear my breathing in my ears.) I also found it so neat how the screen would have the 3,2,1, + count down, and on the + you start  your lines.

That way you will be on time with your lines. When Gabe asked me if I wanted to do dialogue? or sing, I asked him if I sang would they fix it. He said No, so you can see what I picked.  Here is  mine below.

As you can tell I was very nervous but I did say all of the lines on time, and the right words. I was nervous I would mess those up.  In the end it all worked out. I enjoyed watching the others in my group; some sang and some did the same as I did. 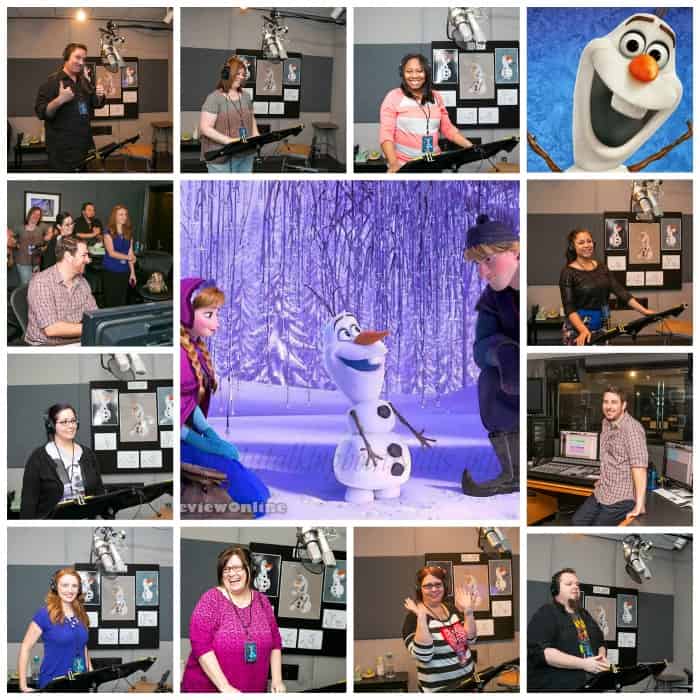 This is one thing that I never imagined getting to do, so I can cross this off my list. Remember FROZEN on Bluray comes out on Tuesday March 18th, 2014.