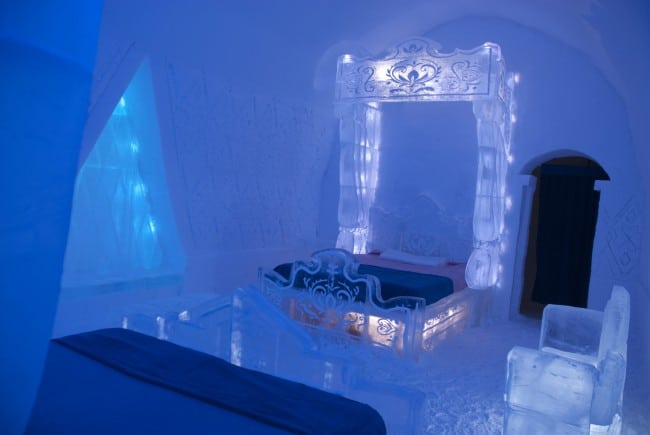 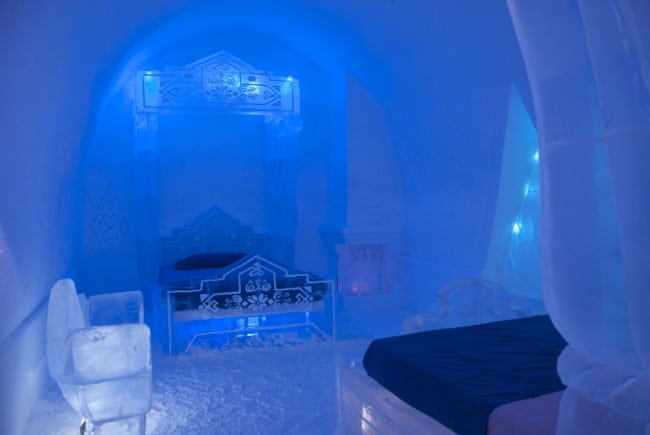 In celebration of today’s release of Disney’s Frozen on Blu-ray Combo Pack please see the below video of the filmmakers visiting the Hotel de Glace in Quebec City! The ice hotel served as inspiration for Elsa’s ice palace, and this year featured a Frozen family activity cave and a room modeled after Anna and Elsa’s bedroom.

“Best Animated Movie of the Year.”

That Took the World by Storm! 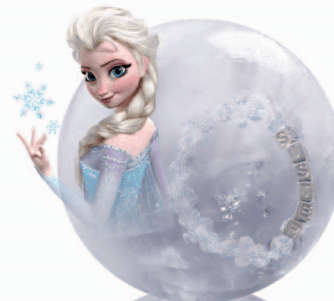 Now Available to Own on Blu-ray™ Combo Pack & DVD

Featuring a Blizzard of Fun-Filled Bonus Features, Including Deleted Scenes, Making-of Featurettes, “Let It Go” Music Videos, Theatrical Short “Get a Horse!” and Much More!

Winner of the 2013 Academy Award® for Best Animated Feature and Best Original Song (“Let It Go”), this wondrous tale of a young girl trying to save a kingdom trapped in eternal winter arrives just in time for spring and features even more adventure, more extras, and more Olaf!

After casting a $1-billion-dollar spell at the global box office, this heartwarming fantasy adventure enchants viewers like never before on Blu-ray, featuring crystal clear high definition picture and sound, plus a blizzard of fun-filled bonus features, including the behind-the-scenes documentaries “The Making Of Frozen,” and “D’frosted: Disney’s Journey From Hans Christian Andersen to Frozen.” Additional bonus features include 4 Deleted Scenes with introductions by directors Chris Buck and Jennifer Lee, the Academy Award® nominated theatrical short “Get A Horse!” “Let It Go” music videos by Demi Lovato, Martina Stoessel & Marsha Milan Londoh, “Frozen” Teaser Trailer, and much more! Directed by Chris Buck (“Surf’s Up,” “Tarzan”) and Jennifer Lee (screenwriter, “Wreck-it Ralph”), produced by Peter Del Vecho (“The Princess and the Frog,” “Winnie the Pooh”), and written by Jennifer Lee, “Frozen” is the seventh Disney-released film to reach $1 billion—and the first for Walt Disney Animation Studios. It features original songs by the Academy Award® winning duo Kristen Anderson-Lopez (“In Transit,” “Winnie the Pooh”) and Robert Lopez  (Tony® Award winner, “The Book of Mormon,” “Avenue Q”).

In “Frozen,” fearless optimist Anna sets off on an epic journey — teaming up with rugged mountain man Kristoff and his loyal reindeer Sven — to find her sister Elsa, whose icy powers have trapped the kingdom of Arendelle in eternal winter. Encountering Everest-like conditions, mystical trolls and a hilarious snowman named Olaf, Anna and Kristoff battle the elements in a race to save the kingdom.

Bonus Materials for This Product:

Disney Movies Anywhere (DMA) is a cloud-based digital movie service that offers a hassle-free way for consumers to buy, watch, and manage Disney digital content across platforms and devices via the easy-to-use DMA app or at DisneyMoviesAnywhere.com. A DMA-eligible digital title purchased from iTunes or redeemed in DMA will be accessible in a user’s DMA and iTunes lockers. There are currently over 400 films from Disney’s rich history available through DMA for streaming and download, including Disney Branded Animation, Disney Live-Action, Pixar, and Marvel titles, along with exclusive, original content. For more information or to redeem Digital Copy codes to build your library and earn Disney Movie Rewards for digital purchases, visit www.disneymoviesanywhere.com.

For 90 years, The Walt Disney Studios has been the foundation on which The Walt Disney Company was built. Today, the Studio brings quality movies, music and stage plays to consumers throughout the world. Feature films are released under the following banners: Disney, including Walt Disney Animation Studios and Pixar Animation Studios; Disneynature; Marvel Studios; Disney|Lucasfilm; and Touchstone Pictures, the banner under which live-action films from DreamWorks Studios are distributed. The Disney Music Group encompasses the Walt Disney Records and Hollywood Records labels, as well as Disney Music Publishing. The Disney Theatrical Group produces and licenses live events, including Disney on Broadway, Disney On Ice and Disney Live!

Don’t Know if I’m Elated or I’m Gassy. But, I’m Somewhere in That Zone. #FrozenBluray Review