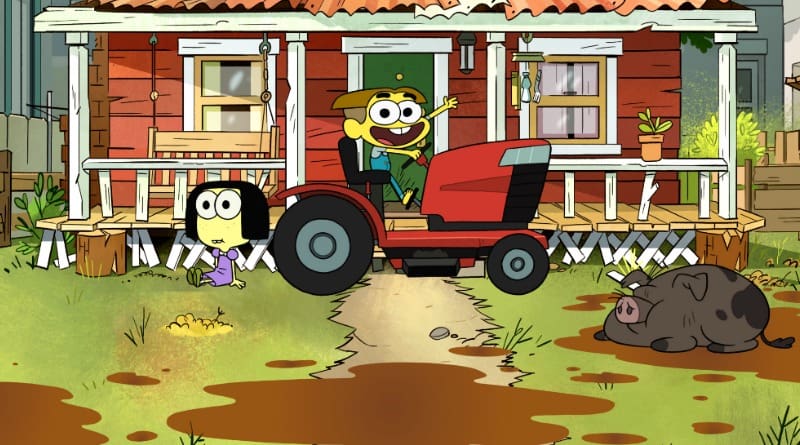 While I was in LA at the beginning of June we had the opportunity to interview the creators of ‘Big City Greens’.  I was so excited when I saw that they have already grown to a new series high.  If you would like to read more about the brothers that created this you can do so here.

This show ranked as TV’s #1 telecast in the Wednesday 10:00 a.m. half-hour among Kids 6-11 and Tweens 9-14, topping Cartoon Network (“The Amazing World of Gumball”/”Teen Titans Go”) and Nickelodeon (“Blaze and the Monster Machines”).

Big City Greens is debuting for its first season on June 18, 2018, but has already been renewed for a second season! This animated comedy-adventure is about based on Shane and Chris Houghton’s adventures of their lives as they went from living in the country to living in the city. Big City Greens” follows the offbeat adventures of 10-year-old Cricket Green, whose natural curiosity and enthusiasm lead him and his family – older sister Tilly, father Bill and Gramma Alice – on epic journeys and into the hearts of his new neighbors.

About the Houghton Brothers