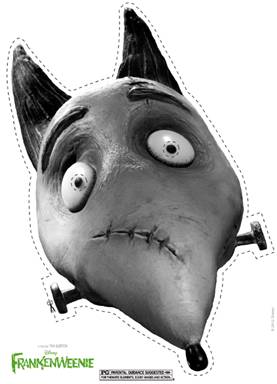 With Frankenweenie coming to theaters on the 5th of October you will NOT want to miss out on these fun masks from Frankenweenie!

I am including all 4 masks for you to choose from:

A stop-motion animated film, “Frankenweenie” was filmed in black and white and rendered in 3D, which elevates the classic style to a whole new experience.