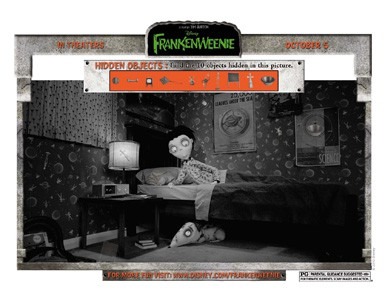 A stop-motion animated film, “Frankenweenie” was filmed in black and white and rendered in 3D, which elevates the classic style to a whole new experience.