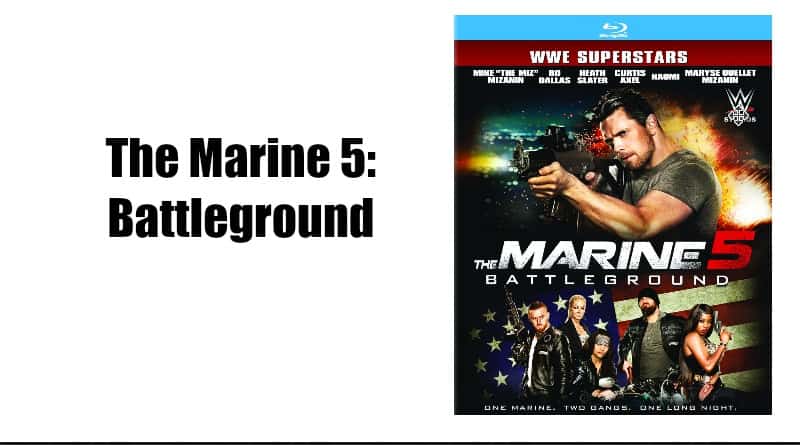 Roger has been a wrestling fan most of his life, in fact more often than not we are watching wrestling. I do have to admit that at first it wasn’t that big of a deal, but through the years I’ve developed a fun “love” of wrestling thanks to Roger. One of my all time favorite wrestlers was The Hulk Hogan and to say I was floored when my friend Heidi met him a few years ago would have been an understatement. But he is no longer an “active” wrestling super hero so my “favorites” have changed a little bit. 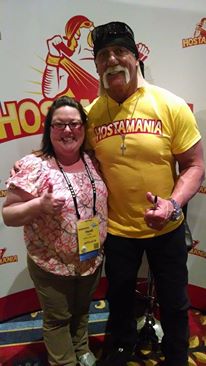 The Big Show is one of the ones that I enjoy performing the most along with The Bella Twins and of course John Cena. But since tuning into Total Divas and even more wrestling action on Monday as well as Tuesday nights The Miz and his wife Maryse are making their way to the list. While at first I have to admit I hated Maryse, she has started to show her “real” side a little more and I have enjoyed watching the storylines unfold. But that brings me to The Marine 5: Battleground which was a non-stop action adventure that everyone needs to watch. It makes the perfect movie night and one that will keep you entertained during the entire movie.  Pick up your copy on April 25th! 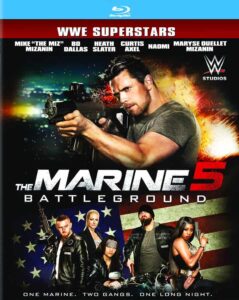 More WWE Superstars than ever before come together for the non-stop action adventure, THE MARINE 5: BATTLEGROUND, debuting on digital March 28 and on Blu-ray™ and DVD April 25 from Sony Pictures Home Entertainment and WWE Studios. The fifth installment of the Marine franchise stars WWE Superstar Mike “The Miz®” Mizanin as Jake Carter, a marine who is now back stateside working as an EMT. After responding to a distress call, he must protect a man from a biker gang out for the ultimate revenge. THE MARINE 5: BATTLEGROUND also stars WWE Superstars Curtis Axel®, Bo Dallas®, Maryse®, Naomi™, and Heath Slater®, and actress Anna Van Hooft (Warcraft).
THE MARINE 5: BATTLEGROUND comes with two behind-the-scenes featurettes that bring fans to action ground zero. In “Evening the Odds,” fans discover that an amusement park isn’t all fun and games when the cast and Mike ‘The Miz’ Mizanin walk through how his character uses the setting to thwart off his enemies. “Superstar Studded” offers fans interviews from their favorite WWE Superstars, including The Miz, Curtis Axel, Heath Slater, Maryse and Naomi.

Directed by James Nunn from a screenplay by Edward McHenry and Rory McHenry,

THE MARINE 5: BATTLEGROUND was produced by Jonathan DuBois.

Clip: Mickey Mouse Clubhouse: Around the Clubhouse World on DVD 5/20

THE MARINE 5: BATTLEGROUND has a run time of approximately 90 minutes and is rated R for Strong Violence, and for Language.