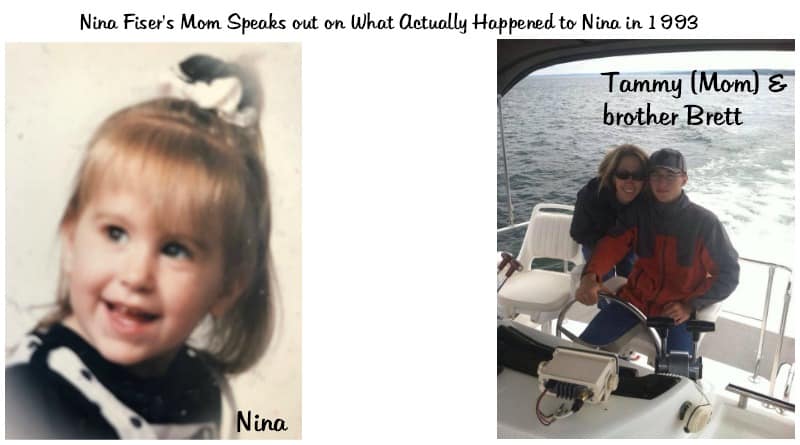 The Best Possible Hobbies You Can Introduce Your Kids To

After seeing a recent news video from a Rochester news outlet, Tammy Sweet, the mother of Nina Fiser and Brett Sweet felt she needed to set the record straight on what really happened to her 3-year-old daughter in April of 1993.  This has all been brought back to the surface as David Sweet is up for parole in June 2018.

My name is Tammy Sweet…I live in upstate NY. I am writing this letter on behalf of my daughter Nina Lynn and my son Brett David.

I was a young mother of an adorable baby girl. I married a man that was the same age, seemed to have the same interests as me and really seemed to care. I was also 19 and pregnant. I did know much else other than this is what I should be doing.

My then husband was a military man. Thinking that this was the correct thing to do… I actually married a monster, drunk and absent father.

After Merle’s military duty ended we left New York and headed for Iowa. We moved into my mother-in-law’s home.  Merle was happy to be home, so I tried very hard to be happy. When in all honesty this was torture for me, I was alone in a state with no family for support or friends. Merle decided to take a job that was Sunday night or very early Monday morning and would leave for the week and only come home on weekends. This put a huge strain on us, being a couple and parents.

We finally found an apartment in town. It was doable with his job and me staying home with the baby.  I was so happy to leave his family home and have our own. Time passed and Merle decided that working was really not for him. He quit his job and we ended up moving back to his parent’s home. Merle was always off doing stuff without us, his family. Working on cars or hanging out with his brother Mark.

Merle became very violent… many instances his anger and rage would put Nina and me in danger. Merle was in his Road Runner driving from his parent’s house at about 100 MPH, he would not slow down so I reached over and shut the car off. He raised his hand like he was going to punch me in the face. Our marriage was very toxic and way too dangerous to be in with a child. So, I got in my car one day with very little belongings, Nin, and my dog and left Iowa.

I refused… he went to his truck and pulled out a knife and put it my neck. The East Rochester police were called. I immediately called my attorney and asked her to push for divorce and full custody of Nina. I NEVER WENT BACK!

Many months went by; I stayed in contact with friends (more like family) from Ft Drum. My divorce was in the process and custody proceeding had not yet begun. Fort Drum was always home for me. My friends knew all along that my marriage was inevitably bad and dangerous. I kept in contact with Becky Willis, Tom & Brenda Brown, James Avrams, and David Sweet.

Months passed and this group of friends would come to Rochester to visit me. After a deployment Tom, Jim, and David came to visit Nina and I. We had spoken of the situation with Merle and what had happened. They all knew what an explosive temper Merle had.

Time passed I kept in touch with everyone mostly David. He was deployed to Saudi Arabia.

I wrote letters and he would do the same. Always making sure that Nina and I were taken care of and if we needed anything. After about nine months David returned back to the USA  and still in the military. We connected; we enjoyed each other letters and company when we could see each other. David was a perfect match for me and most of all wonderful father figure for Nina. I could not be happier!

Finally, I had found someone that could understand my past, and move forward with a new and happier life. We got engaged and found a house in Farmington NY. David continued to go and proceed with training as a recruiter for the US Army. He graduated top in his class so he could have a choice of duty stations. We were staying in NY for the duration. Life was good. Nina was happy, she had made friends, and we had nice neighbors.

Nina became sick… she had the stomach bug for days, then a week.  We went to a doctor’s appointment and then she was hospitalized. It was a very difficult time for everyone. We had no idea why and what made her so sick.

After the visit to the ER, they determined Nina had a GI infection. They told us it would pass. Well, it never passed…and Nina got worse. We ended up in the children’s ward at FF Thompson Hospital. I stayed with Nina all the time. We (the doctors and I) began to notice Nina developing bruises in the hospital and Nina’s hair began to fall out.

The doctors pointed the “child abuse finger at us both” David and me.

David wasn’t with her, I was all the time or my mother would stay with her. Nina seemed to get better but still no real answers. Finally, it was time for Nina to come home. Things seemed to be looking up. During this stay in the hospital, Dr.  Margaret Hollister noted in Nina medical records that she thought Nina may have HSP (Henoch-Schonlein purpura (HSP)). ( Well only if she had followed through with her diagnoses). This entire situation may be different.

What Did Nina pass away from?

Nina came home and things never really improved she was doing ok but not great, after numerous doctor appointments and medications. Nina ended up passing away from HSP¹, streptococcus, staph infection, vasculitis and panniculitis². Nina went into cardiac arrest at our home April 4th 1993 and passed away I was not home at the time, I was at aftercare because I was sick.

After Nina passing, David and I struggled with so many emotions about the passing of Nina and the events that would follow us for a long time. David and I married and I got pregnant with a handsome little boy. Things seemed to go ok for us. David continued to be a recruiter and I worked in Webster.

Then Life Came to a Standstill Once Again

Life came to a standstill very quickly. I was soon raising an infant alone. There were so many lies and fictitious stories being told about Nina and what happened. David and I know what happened to Nina.

Nina was laid to rest and this entire situation was escalated by Merle and his family, it was out of control.

We now were being questioned by investigators from the Ontario County Sherriff’s Department and harassed uncontrollably by John Storer and Brad Faulkley. They were coming to my work and stalking me, following me when I would drive places. Come into my work and harass my managers.

It was out of control. I was slammed against my car in my driveway by John Storer and told to not move or he would shoot me in the head. (All of this when I was pregnant with my son, Brett).

David was arrested and convicted of murder.

Please understand this is really a short version of all the events that happened. David did no such thing to Nina. I am her mom and I would never allow him to lay a hand on Nina. David was more of a Dad than Merle could ever dream of being.

This has all been a nightmare for David, I and our son. So I am asking that you hear the truth from ME…. Nina Mom… not Merle the absent father that is claiming for his 10 seconds of fame for TV.

The sperm donor, which never paid a dime for Nina or paid child support or carried her health insurance, paid for funeral expenses. NONE OF THE ABOVE.

How to Set Up a Sleeping Pattern to Avoid Back Pain

Merle is looking for sympathy to make his guilt better. These two investigators have been under scrutiny for abuse and taking evidence in other cases. These investigators are nothing but fabricators, liars and try to coerce people.

That is the bottom line. I have zero guilt. I know in my heart and head David did nothing wrong. David loved and still to this day loves that little girl with all his heart.

I am asking you to just listen to David friends and his family. My family, our son. David did nothing wrong! 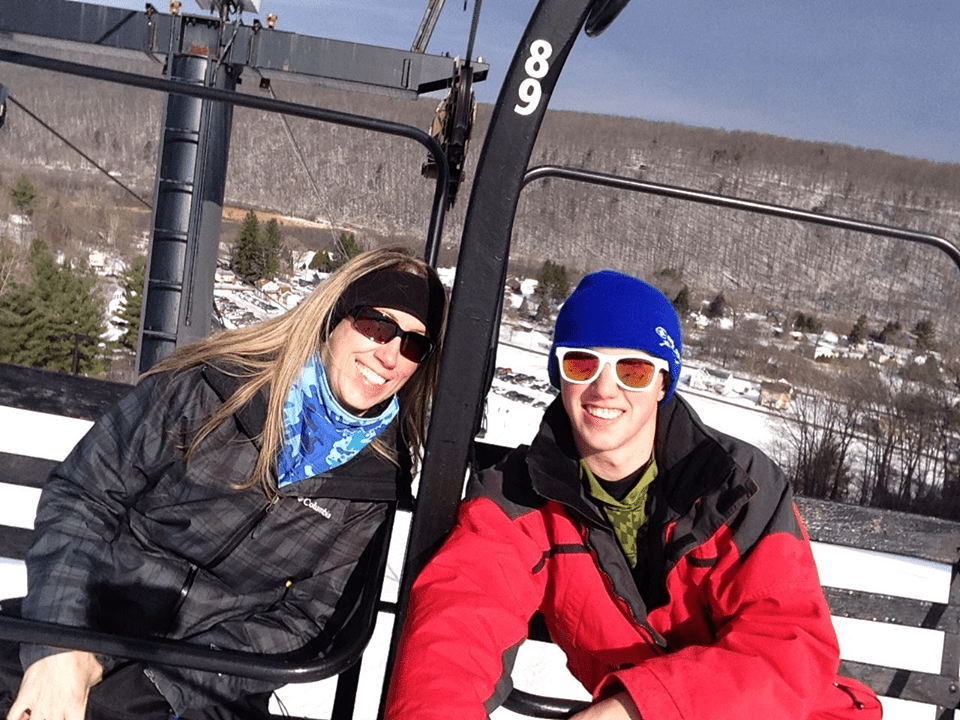 This article again was written by Tammy Sweet.  I just wanted to allow her to give her side of what happened back in 1993.  Nina will always be missed and there isn’t a day that goes by that I do not think of her.  I miss her, and I miss David.

I have known Tammy since our days at Ft Drum back in mid to end 1989 and have continued a friendship ever since! Love you, Tammy & Brett!

Make Mom Feel Special with a Dazzling Kimono from ShopMimi

The Best Possible Hobbies You Can Introduce Your Kids To