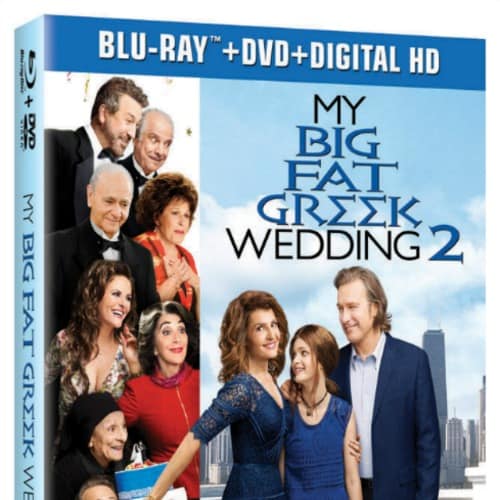 “The love and laughs are all back!” – WGN AMERICA 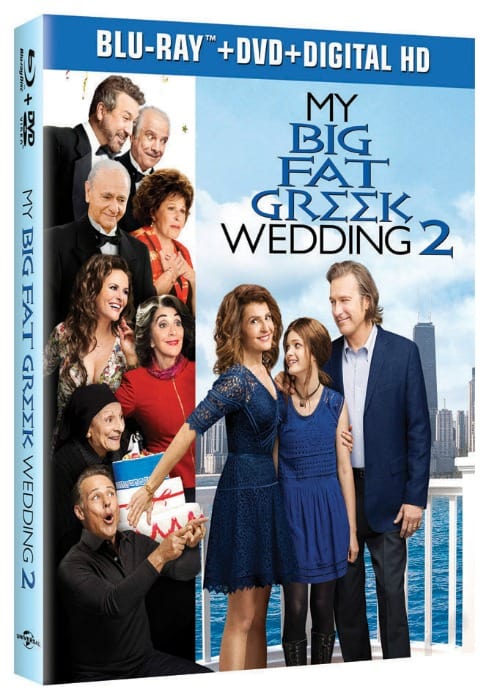 Universal City, California, May 5, 2016 – The lovable and funny Portokalos family is back and as uncontrollable as ever in My Big Fat Greek Wedding 2, the long-awaited follow-up to the highest-grossing romantic comedy of all time, coming to Digital HD on June 7, 2016, and Blu-ray™, DVD and On Demand on June 21, 2016, from Universal Pictures Home Entertainment. Written by Academy Award®-nominee Nia Vardalos (My Big Fat Greek Wedding, My Life in Ruins), My Big Fat Greek Wedding 2 reunites the entire beloved clan as they celebrate the biggest, Greekest wedding yet in a film that FOX-TV calls, “Hilarious and heartwarming…A big fat great time!” This fun movie will be on Blu-ray™, DVD and Digital HD also features a hysterical gag reel and never-before-seen bonus features including a sit down with the stars to hear what really happened behind the scenes.Toula (Vardalos) and Ian (John Corbett, “Parenthood”) have raised their daughter Paris (Elena Kampouris, Men, Women, and Children) in the bosom of her extended Greek family. But the now 17-year-old is eager to set out on her own. When an unexpected wedding threatens to disrupt the clan’s delicate balance, it can either bring them all together or put them all at odds in a heartwarming family comedy as sweet as a slice of baklava.

The film will be available on Blu-ray™ with DIGITAL HD and UltraViolet™ and DVD.

A Guide to Festival Camping