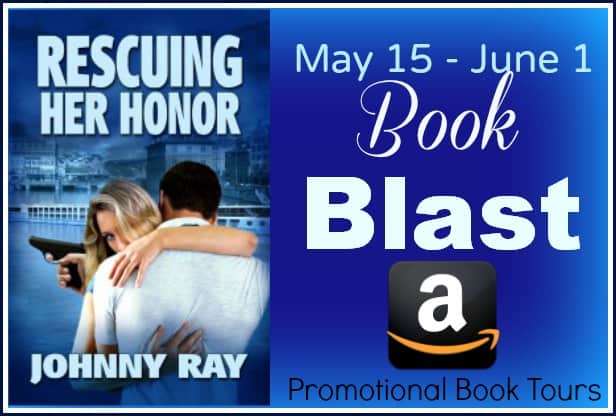 Office 365 from GoDaddy for the Small Business Owner

Noella thought they had stopped the stalkers and several corrupt governmental factions who wanted her to step down from being a judge. That is until the treats reappeared. Vance, her bodyguard turned fiancée also thought so. But then again, many secrets are still hidden deep inside a safety deposit box in Switzerland. While going to receive Vance’s inheritance in Zurich could be a dream vacation for this now engaged couple, who only want to work out some serious conflicts in their wedding and careers, sinister politicians and crooked cops have other plans waiting for them in Europe.
This is the much anticipated follow up novel to HER HONOR’S BODYGUARD. Since the reviews were great, and the fans were demanding more, it was a great novel to work on, including a trip to Zurich where the novel unfolds.

Rescuing Her Honor, follow up to Her Honor’s Body Guard is releasing May 15th 2014!

Johnny Ray won the Royal Palm Literary Award for best thriller, and he is often interviewed on various literary blogs, as well as TV and radio shows. His blog, located at sirjohn.us, has a large following from around the world, and this is his central hub to his other social media activity. There you can find his links to other social media sites, such as Twitter (sirjohn_writer) where he has over 165,000 followers. He also would love for you to join Sir John’s Army, his fan club, which is located on his blog.

Johnny Ray belongs to the Romance Writers of America and the Mystery Writers of America. He loves attending various national and international writer conventions, like the Frankfurt Book Fair, throughout the year.

As an avid traveler and international businessman conducting business worldwide for years he has made many interesting contacts and received numerous awards for top sales production. He loves radio and TV talk shows, as well as speaking in front of various audiences. Feel free to contact him if you need a guest speaker.

When it comes time to play, he is very active in many sports including dancing, swimming, tennis, biking, and skiing. While he loves a life full of action and adventures that are new, interesting and challenging, making friends that share his passions is a special gift.

Johnny was born in Texas, raised in Alabama, but now loves living in Clearwater, Florida where he works full time as a writer. He can be often found in one of the hundreds of coffee shops along the beach working on his next international thriller, murder mystery, or perhaps a contemporary romance novel that is guaranteed to be full of action and adventure you should expect from a romantic suspense novel. His signature combination, however, is international romantic thrillers.

Office 365 from GoDaddy for the Small Business Owner