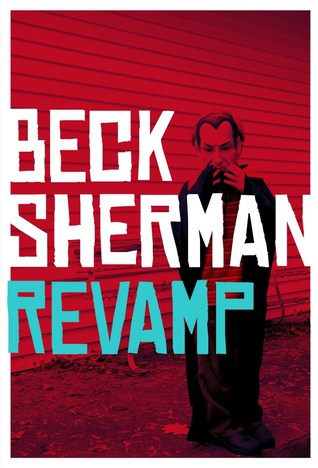 JUMPING WAS A NO-BRAINER.

With bad guys at her front, more at her back, and a screaming baby giving away her exact location at any given moment, making that jump was the easiest decision of her life.

Seven approached it fast like a bullet. Ninety-six screamed bloody murder. Maybe it understood what was coming, but Seven knew the baby would thank her when it was old enough to understand. She wouldn’t exaggerate the story in the retelling; she needn’t have to.

They had taken that narrow stretch of hallway, which led to another hallway, and a storage room, and a loading dock stacked with bundles, and a drop of indeterminable height. Outside, a large truck idled with its open back pulled up to the dock. Seven felt the night air on her skin. Stars winked in the fast approaching sky, as if to say, “This is it, kid. You’re home free.”

Her feet left the edge of the loading dock. The pavement met her fast.

Seven’s ankle twisted on the landing, and she fell to one knee. The momentum dragged her along the blacktop. Rocks and broken glass lodged in her skin. The pain was excruciating, but what was chasing her was far worse. She struggled to her feet and set her sights on the truck’s open driver door. She could hear a tinny version of a Bee Gees song playing over the radio, which meant one thing:

Keys in the ignition.

She scurried forward, dragging her bad leg behind her. The inside of the cab smelled like vanilla and rubber. She tightened her one-armed hug of the baby, tossed the letter opener onto the passenger seat, and hoisted her and Number 96 up and in with one free hand.

Next to her, the side-view mirror shattered.

She slammed the door and reached for the ignition. The Bee Gees song ended, and a radio DJ came on to send a shout-out to his girl Marcy in Culver City. And I hope my night grooves got you dancing.

Seven turned the key and pressed the gas pedal to the floor. Her twisted mess of an ankle protested with a searing pain that caused her vision to stutter. She held the wriggling baby tightly in the crook of her left arm and gripped the steering wheel with her right hand. A dart whizzed by her ear and hit the dashboard. Angry shouts were drowned out by engine noise as truck, baby, and Seven screeched forward into the night.