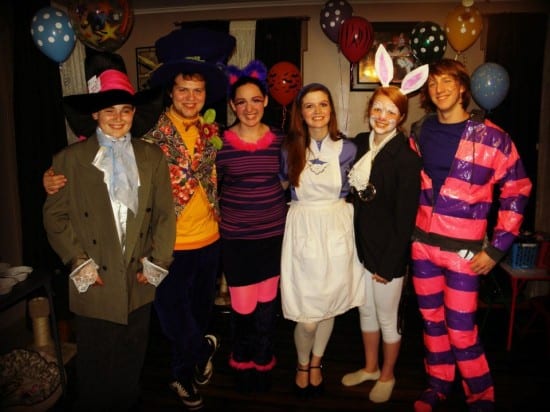 My daughter Abbey turned 16 this past August and with August being such a busy month I couldn’t quite figure out how to fit in a surprise Sweet 16 birthday party. Luckily I have some great friends and even better they are sisters! So with their tremendous help with decorations, costumes and the idea -they put together an awesome Alice In Wonderland Surprise “unbirthday” party.

The cool part was with doing it the weekend before Halloween, they were able to tell Abbey that they were having a Halloween party. Abbey’s favorite movie is Alice In Wonderland; so it was only fitting that we did this theme and for Abbey to be Alice.

We were also VERY lucky that when my husband, Roger mentioned to a co-worker what we were up to that she offered to make a Mad Hatter Cake. We didn’t realize how awesome it would be! 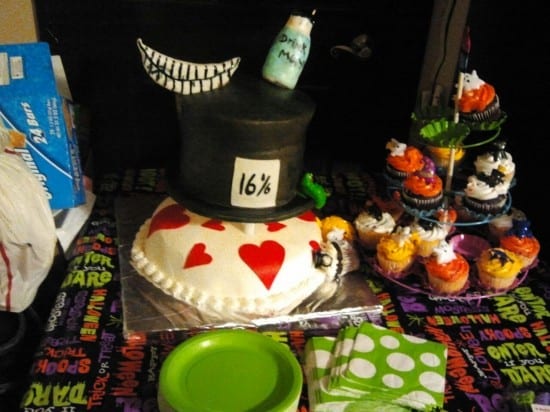 I am also thankful for great friends and a wonderful family that helped pull this together! 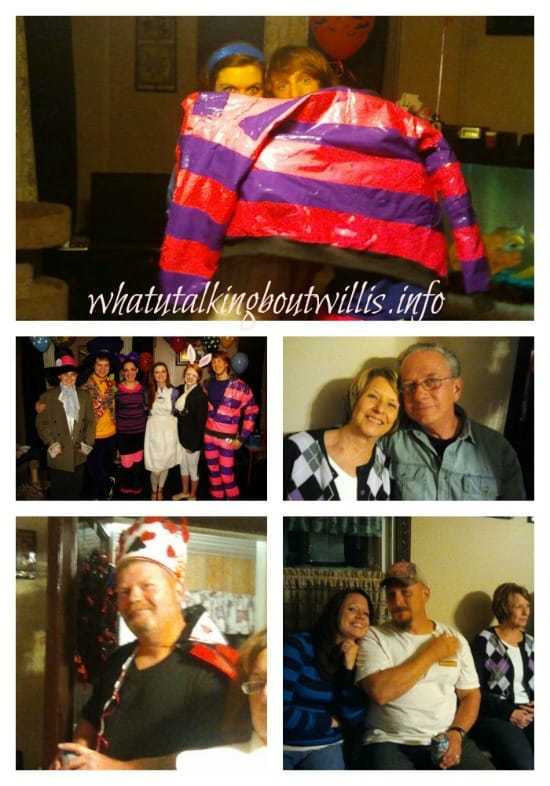 One of the guys that came even made his costume out of duct tape from Walmart.. creative or what? I have never given my daughter a surprise party so I was very please with the level of participation by her friends that came.  Have you ever given a surprise party? If so how did it turn out for you? With this one I give all of the credit to Denice H. & Danielle P (aka Paige’s Mom and Aunt Danielle!). 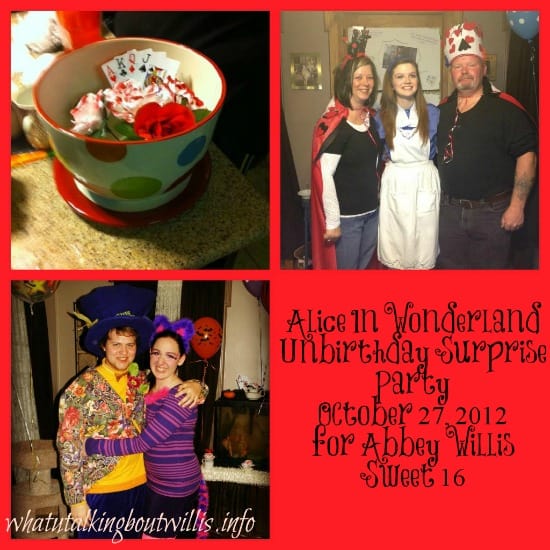